As part of the NANZUKA’s 2G studio opening where Daniel Arsham and Hajime Sorayama unveiled their sculpture, the duo teams up again for another collaborative work.

The piece which is two female robot hands holding an eroded camera relic is still missing a title, commented Arsham in an Instagram post where he unveiled the work. Pricing and release details are yet to be announced.

The second collaborative work I made with Sorayama-san. His female robot hands holding an ancient camera relic. I’ve been so wrapped up in time dilation I don’t even know what the year should be anymore. Thoughts? 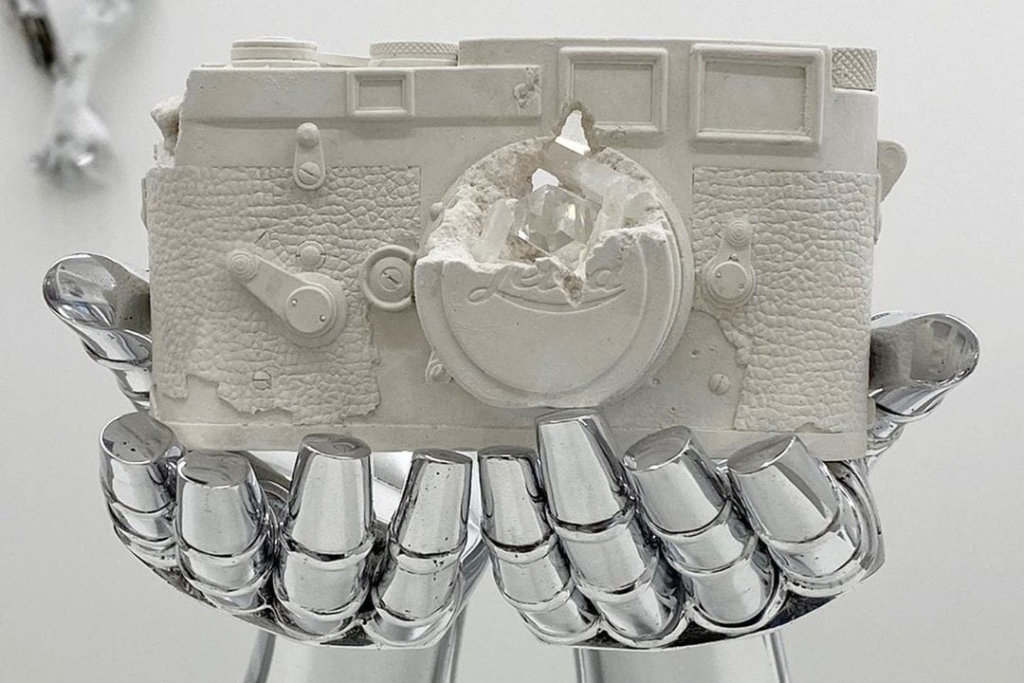