Titled Old Town Boy, the painting depicts Lil Nas X in a full rap-country-singer get-up, posing with his hands on his hips and his thumbs in his belt holsters, in front of an orange, blue, and yellow leaf background. The Ghanian hand-painted movie posters were a heavy inspiration to Otis for this work. Old Town Boy is expected to fetch $50,000 at the sale.

Check out the entire September 30 auction on Phillips’ website, which will include works such as Amoako Boafo‘s Lighter (the artist recently tapped by Dior), Ai Weiwei‘s solid marble Surveillance Camera, KAWS‘ Untitled (MBFF7), and Tracy Emin‘s I Never Wanted to Leave You neon sign, among many others. 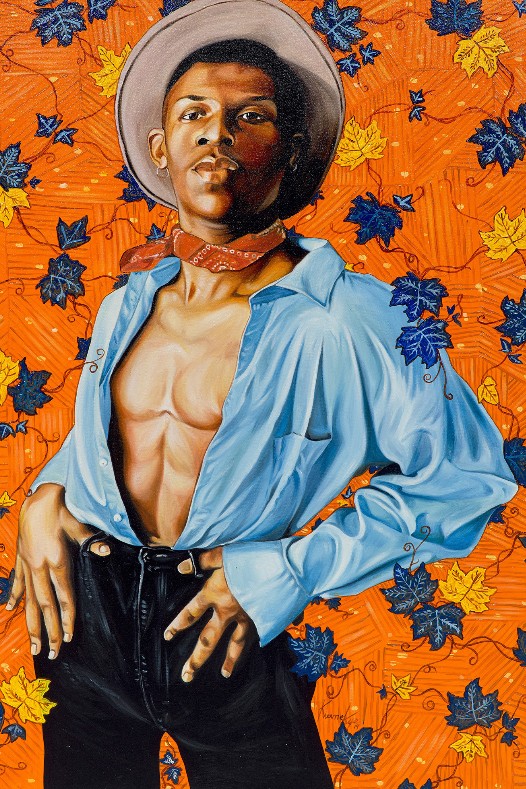