American illustrator, model and actress Lauren Tsai is offering a print of her latest work titled Half-Lived that is a beautiful and eerie commentary on dreams and the subconscious mind. The print release follows a powerful Break From the System print to benefit Black Lives Matter.

The piece is rich in detail as well as in texture. At the center of the piece is a porcelain-colored woman, floating peacefully through a dark, navy-colored tunnel made up of elongated, stylized faces and colors that range from human-like to dreamy, many with mouths agape. There is a light at the end of this tunnel which denotes the woman’s “awakening,” either literally or figuratively. Below the artwork sits a small tonal detail of the woman’s body rising from bed though her head is still on the pillow which is reportedly embossed, adding further texture.

“The dream began to come to an end. She floated backwards and watched in silence as each of her memories played in the tunnel spinning around her. A life, half-lived, passing by she journeyed through to the new world.”

You can purchase the Half-Lived artwork by Lauren Tsai on Tsai’s webstore after it releases, sadly in an edition of only 300 prints. The MSRP is set at $220. 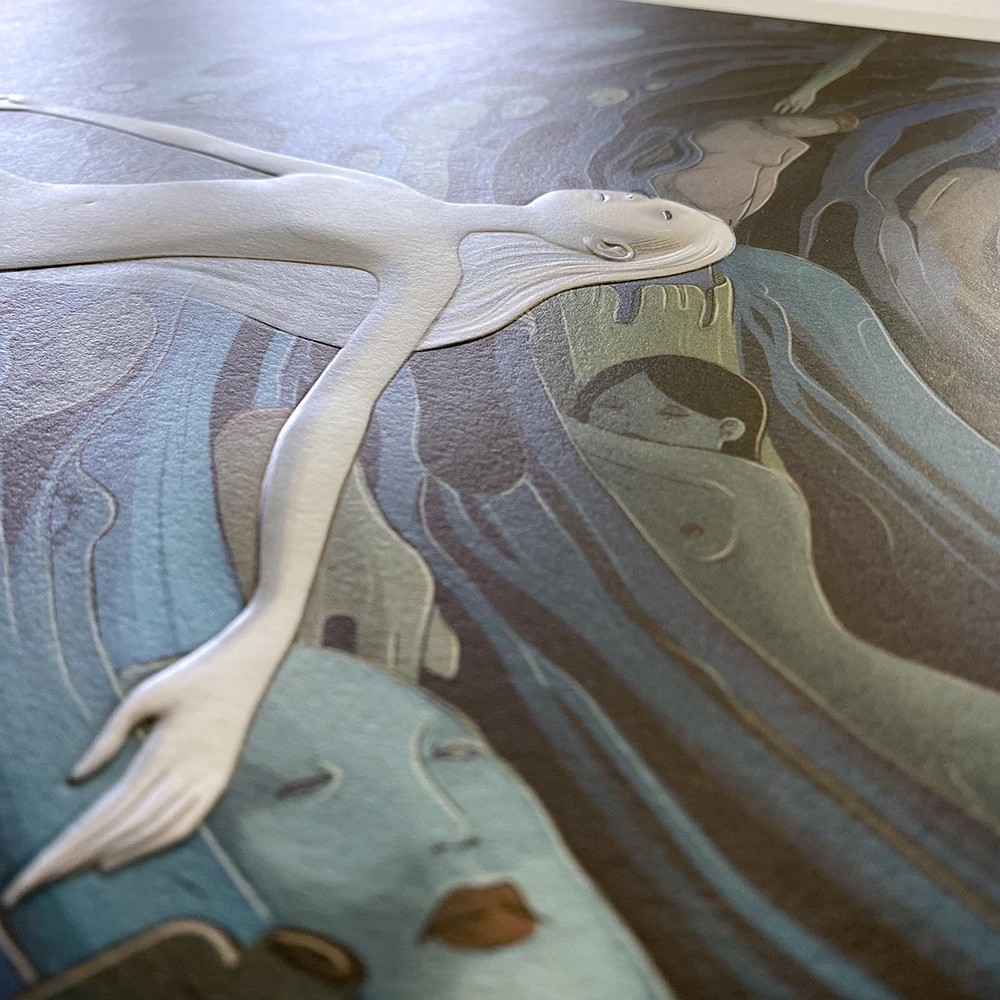 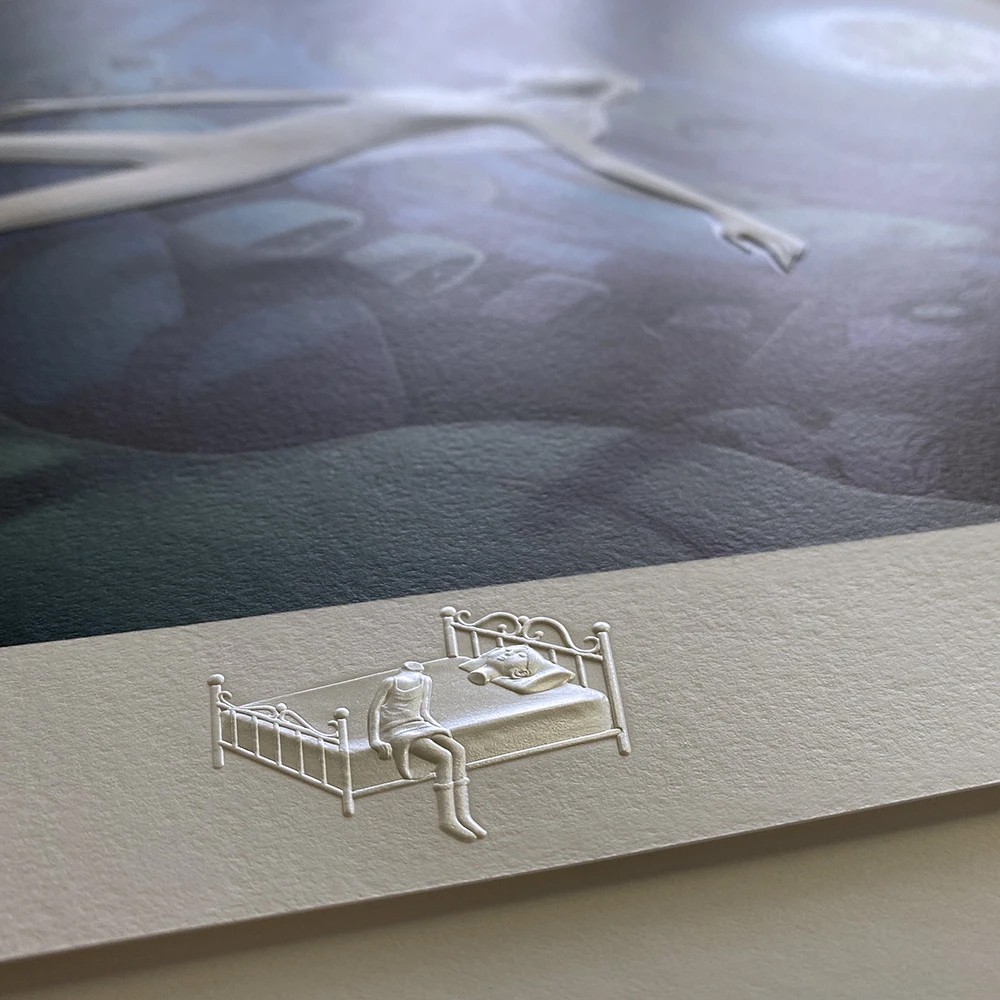 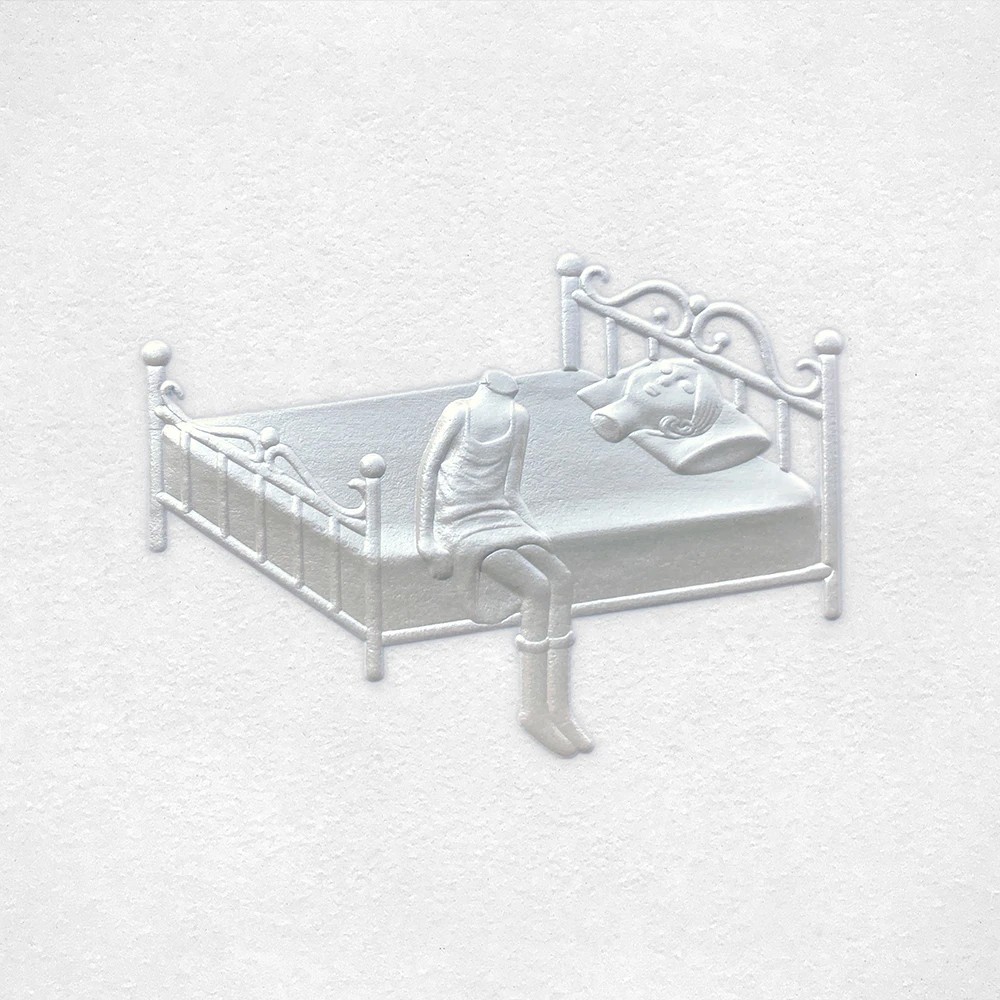