After a friend brought up the California Correctional Facility as an idea for a future artwork location earlier this fall, French artist JR reconsidered and created “Tehachapi”, a one of a kind mural installation that can only be seen from above, named after the prison’s town.

The monumental collage installed in the maximum security 4 facility’s recreation space is a moving tale depicting 48 people looking upwards — these are the CCI’s once imprisoned citizens, current inmates, and several prison staff — who all helped JR in wheat pasting the work comprised of 338 strips of paper.

Besides the bird’s-eye view being the only way to see the work, “Tehachapi” is also available via the artist’s custom JR:murals app — a digitized version of the artwork also allows viewers to listen to each person’s story by tapping on them. The storytelling segment is crucial in JR’s work but was difficult to realize because some spoke longer than others. 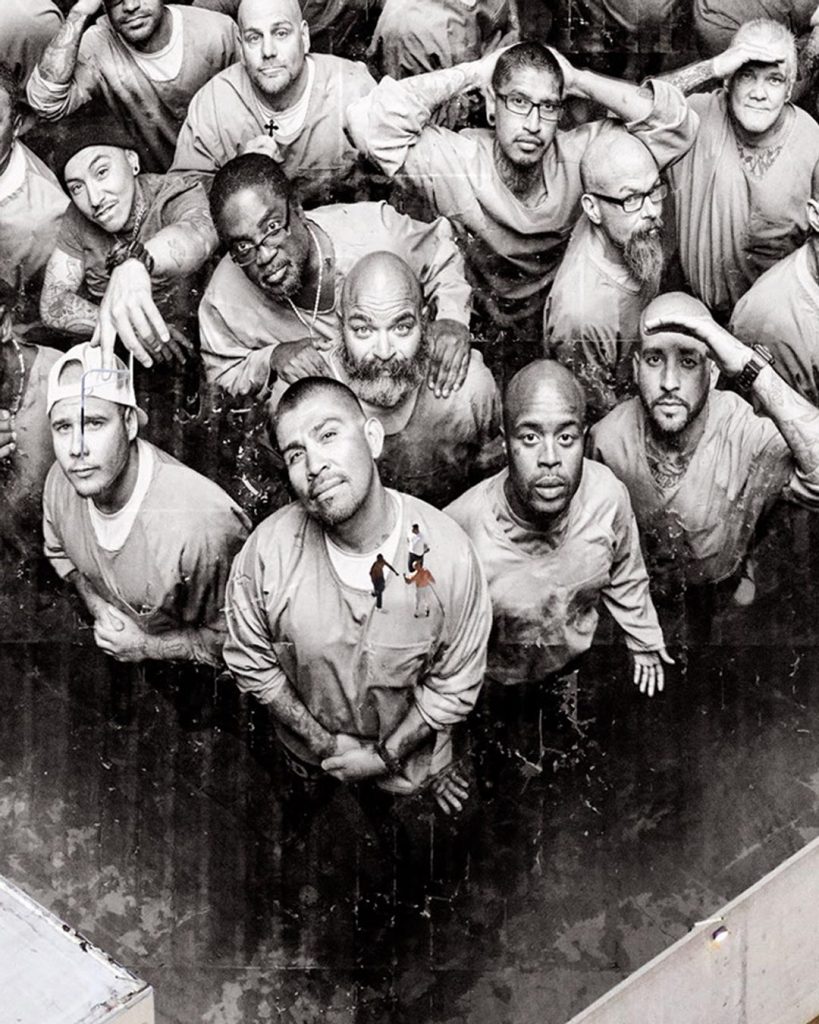 “The idea was to meet with men working on rehabilitation, and to also engage formerly incarcerated men, their family members, as well as the prison staff, and survivors of violent crimes. …I told them about my project and made it clear that I did not want to know what they had done. They had a trial, they have been sentenced and I am not their judge… …They were amazingly grateful for this… A number of them were in prison for life because of the three strikes law in California.” the artist wrote on Instagram.

Part 1/2 TEHACHAPI Maximum Security prison – I have always been interested in jails. After all, as canvas jails are just closed walls. I did a project a few years ago in Rikers Island and it was a fascinating experience because nothing happens in a prison, and when those who are there are confronted with something new, it quickly becomes a highlight. They invest so much energy in it that it gets very emotional. A friend called me recently to say that I could be granted access to a jail in California. At first, I thought it would be too much paperwork and constraints, but luckily someone who participated in The Chronicles of San Francisco facilitated the process. So, with Google Earth, I browsed all the 35 State prisons of California, and I chose Tehachapi without knowing it was a maximum security prison… I just thought that the yard and the surroundings would make a perfect image. The idea was to meet with men working on rehabilitation, and to also engage formerly incarcerated men, their family members, as well as the prison staff, and survivors of violent crimes. When I got there, I understood that most of these men were incarcerated when they were teenagers between 13 and 20 … I told them about my project and made it clear that I did not want to know what they had done. They had a trial, they have been sentenced and I am not their judge. Nevertheless, a couple of guys left because they felt that their presence would be embarrassing for their families or for the families of their victims. I was asked not to approach the guys too closely because they are not comfortable with interactions but when I got in, I couldn’t refrain from looking at them in the eyes, shaking their hands, introducing myself and asking their names. Just because that’s what humans do. They were amazingly grateful for this… A number of them were in prison for life because of the three strikes law in California. ( Part 2 on next post ) #representjustice @cacorrections

Part 2/2 : Some will be freed because the law changed since they got in. During the process I was allowed to use my phone and I shared stories about the pasting on social media. I received reactions from everywhere, from their families, from victims, from critics, from people who were shocked by the swastika tattooed on the face of a man, etc. I shared them, we discussed. The families of the inmates started replying also on social media and there was a connection between the inside and the outside for a brief moment. When the piece was pasted we decided to wait for a couple of weeks so we could put together a platform for everyone to hear the stories. Why? Because we know that it is a sensitive subject and we wanted anyone to be able to listen to stories of hope and redemption, to get testimonies that one doesn’t normally hear. Because what happened there when these men, their guards, and some victims worked all together on an art piece has to be seen. We wanted to share the process and embrace the complexity of human actions and feelings that we have witnessed .. These men have been judged guilty when they were young, some were dragged into gangs and did heavy mistakes, and they have paid or are paying the price. They say that they changed and they are ready to become active citizens, to give a meaning to their lives. The final image was captured with a drone. It also features some formerly incarcerated men and victims who accepted to forgive and came back inside the prison to paste the huge image composed with 338 strips of paper. A few years ago I started a journey called “Can art change the world?”. It is still an open question. And with this project, I want to raise another question: “Can a man change?”. Before answering yes or no, ask yourself the question: Did I change? Did I make mistakes, apologize and amend? If I did, why couldn’t they? You can download the free app for iPhone on bit.ly/JRmurals ands for Android on bit.ly/JRmuralsPlay – explore the image and listen to all the stories. Thanks to my entire team who made it possible and of course @solguy, @Scottbudnick1 & @werepjustice , the all staff of the Jail for making this project possible! 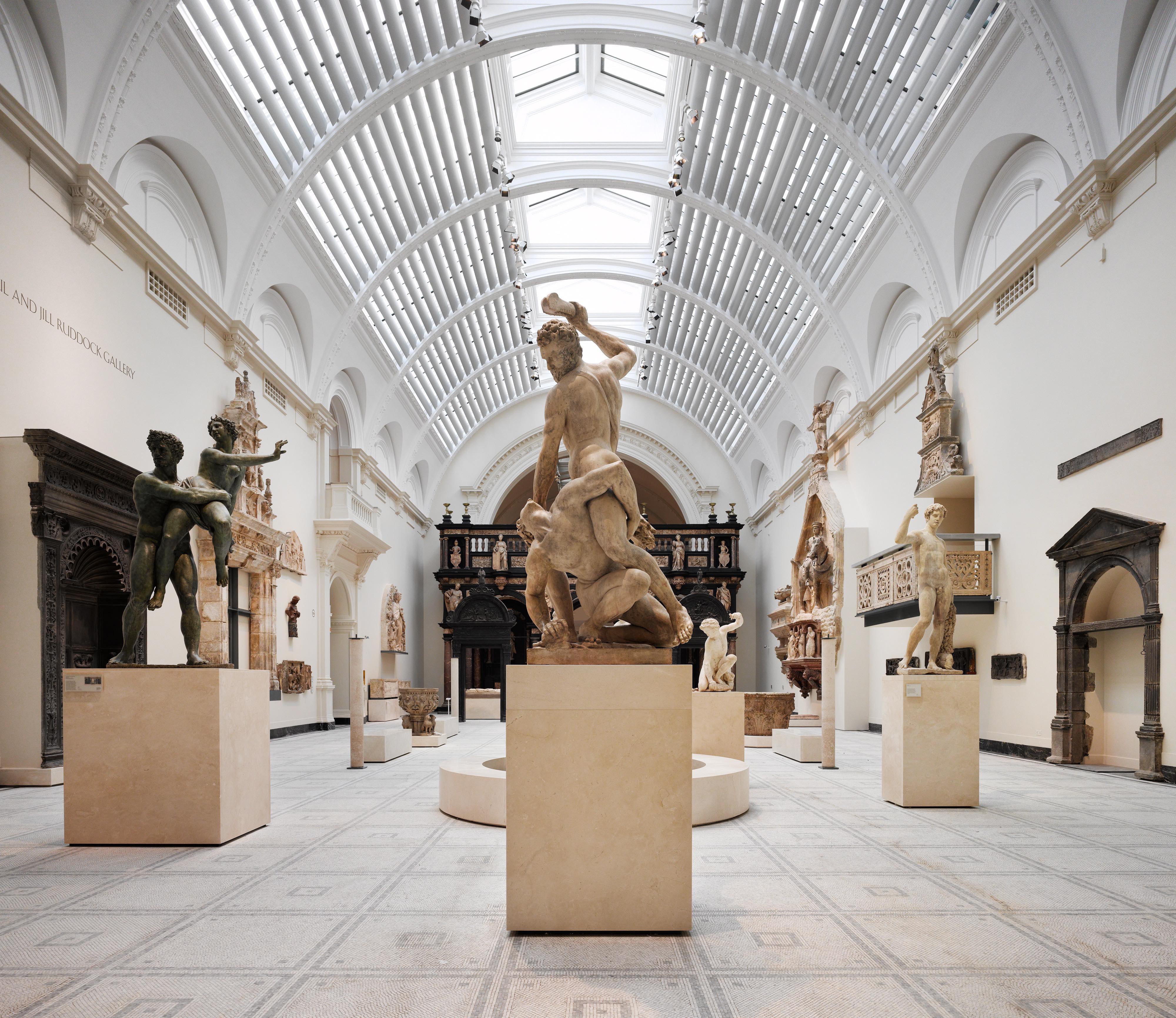 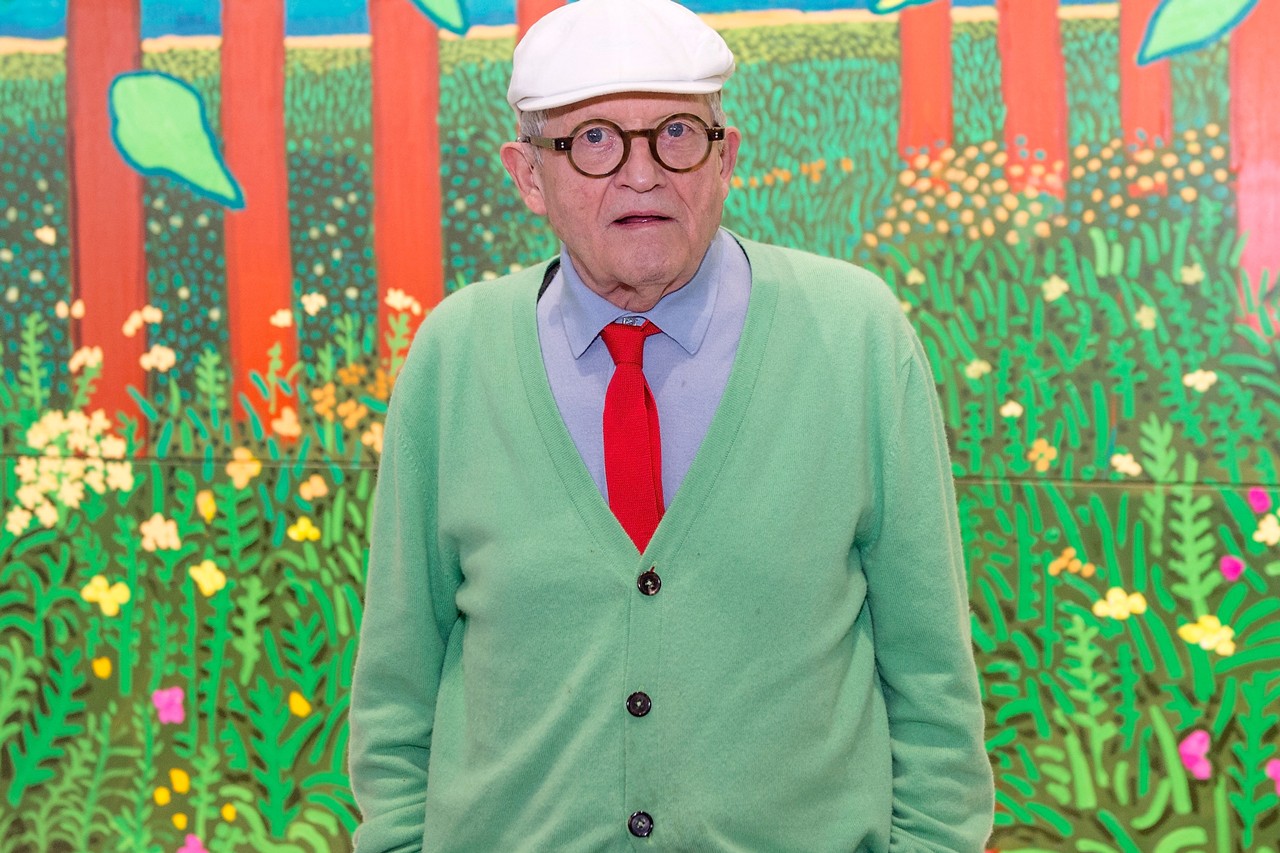 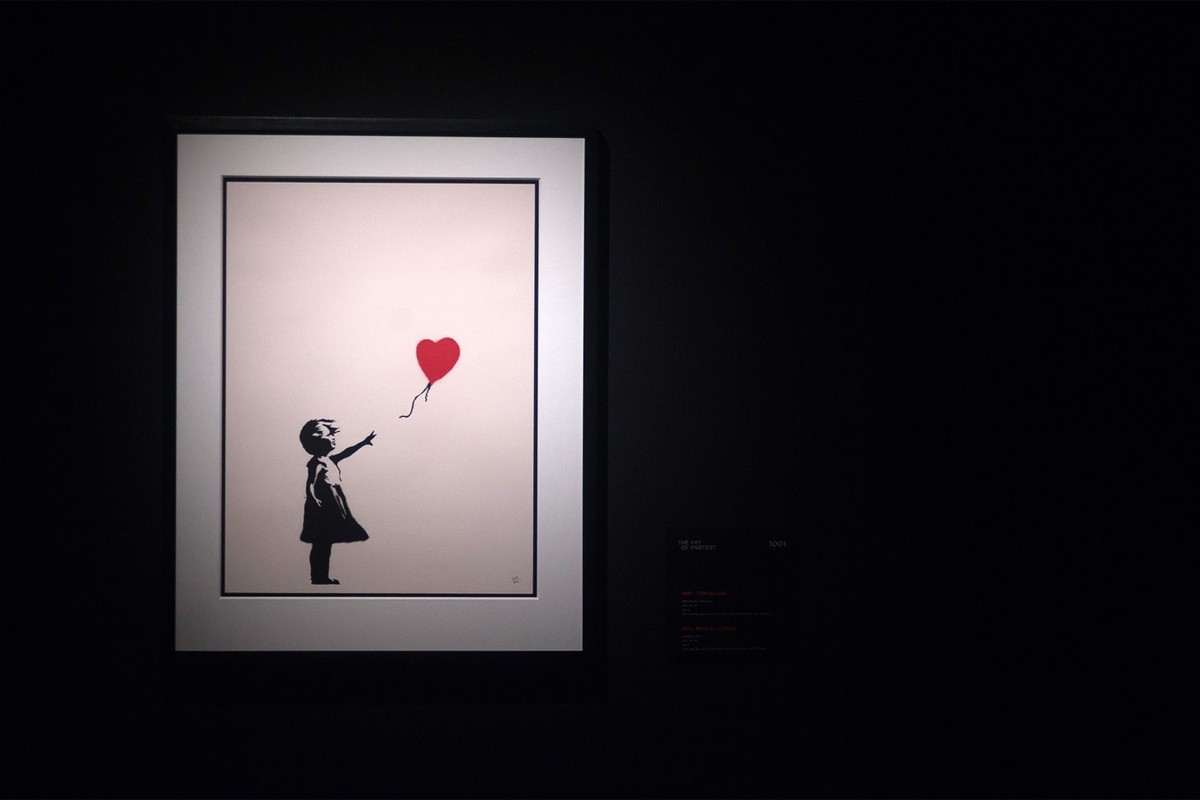