Following the presentation of readymades and realist paintings at Gagosian’s London location, Damien Hirst prepares for his first solo museum show in France at the Fondation Cartier. Featuring a selection of his “cherry blossom” paintings, the same-titled exhibition pays homage to the masters of impressionism and pointillism. The acclaimed British artist is set to unveil a total of 107 canvasses from the series.

“The monumental canvases, which are entirely covered in dense bright colours, envelope the viewer in a vast floral landscape moving between figuration and abstraction,” said the museum in a statement. “The ‘Cherry Blossoms’ are at once a subversion and homage to the great artistic movements of the late nineteenth and twentieth centuries.” The artist describes the process of this series as “diving into the paintings and completely blitzing them from one end to the other.”

In addition to the exhibition of paintings, at Fondation Cartier can be found a selection of films made in collaboration between the museum and Hirst. One of those films was shot over several months, allowing visitors to observe the artist’s process at his Thames-based studio. A second film, captured in 360 degrees, will allow visitors to immerse themselves in another studio.

“Cherry Blossoms” will be on view from July 6 until January 2, 2022. Head to Fondation Cartier’s website for more information. 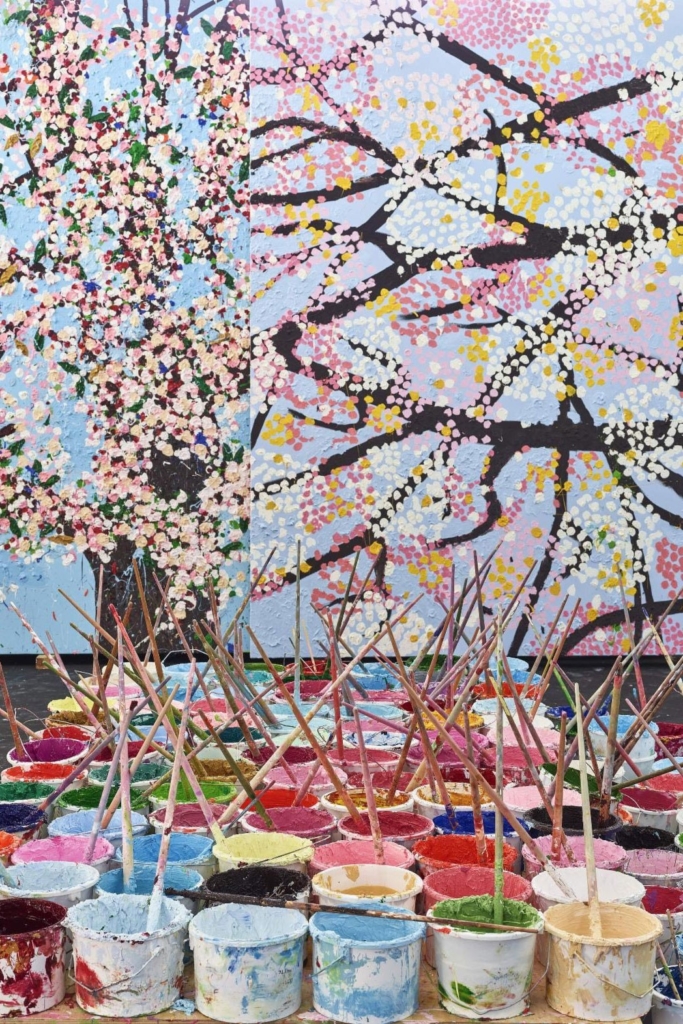 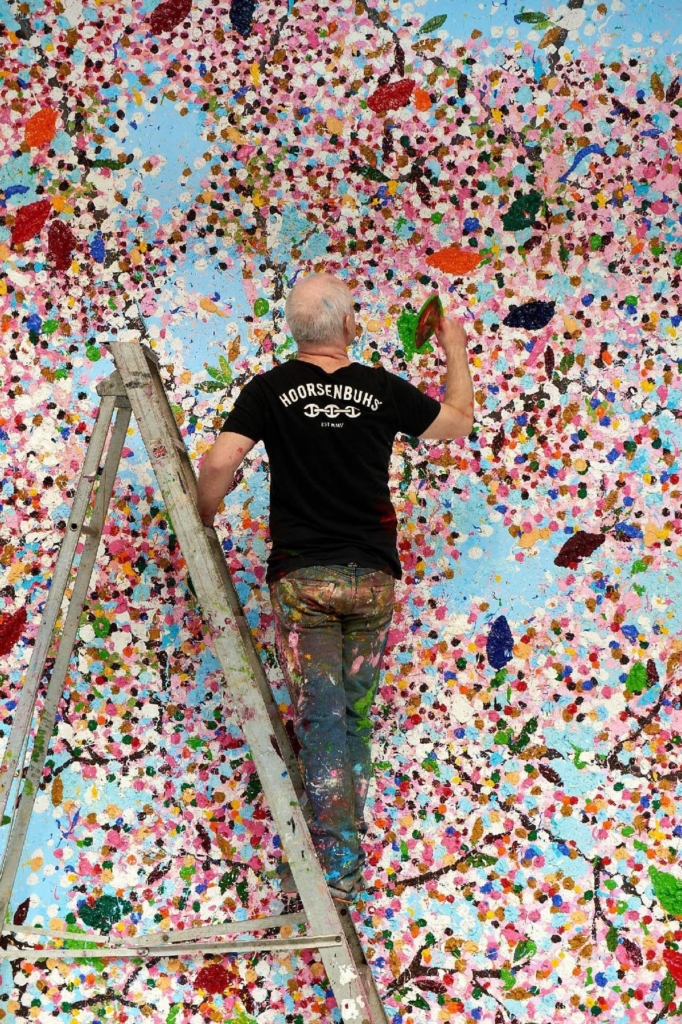