To be offered in Sotheby’s “Rembrandt to Richter” cross-category evening sale that will take place on July 28 is Banksy’s politically-charged Mediterranean Sea View 2017 triptych. The artwork—which will find itself among one of the last self-portraits by Rembrandt left in private hands, Gerhard Richter’s luminescent ‘Clouds’, rediscovered works by Peter Rubens and Frans Hals, and a collection of early 20th-century avant-garde works, led by Fernand Léger and Pablo Picasso on the sale—is expected to raise up to £1.2 million (approximately $1.5 million USD).

The triptych was created in response to the European migrant crisis during the 2010s, where beautiful 19-century canvases depicting seascapes are interrupted by abandoned lifejackets and buoys, commemorating the tragic deaths of thousands of migrants who have attempted to cross the Mediterranean Sea. All of the proceeds from the sale will go towards the Children’s Hospital and Stroke Unit in Bethlehem. 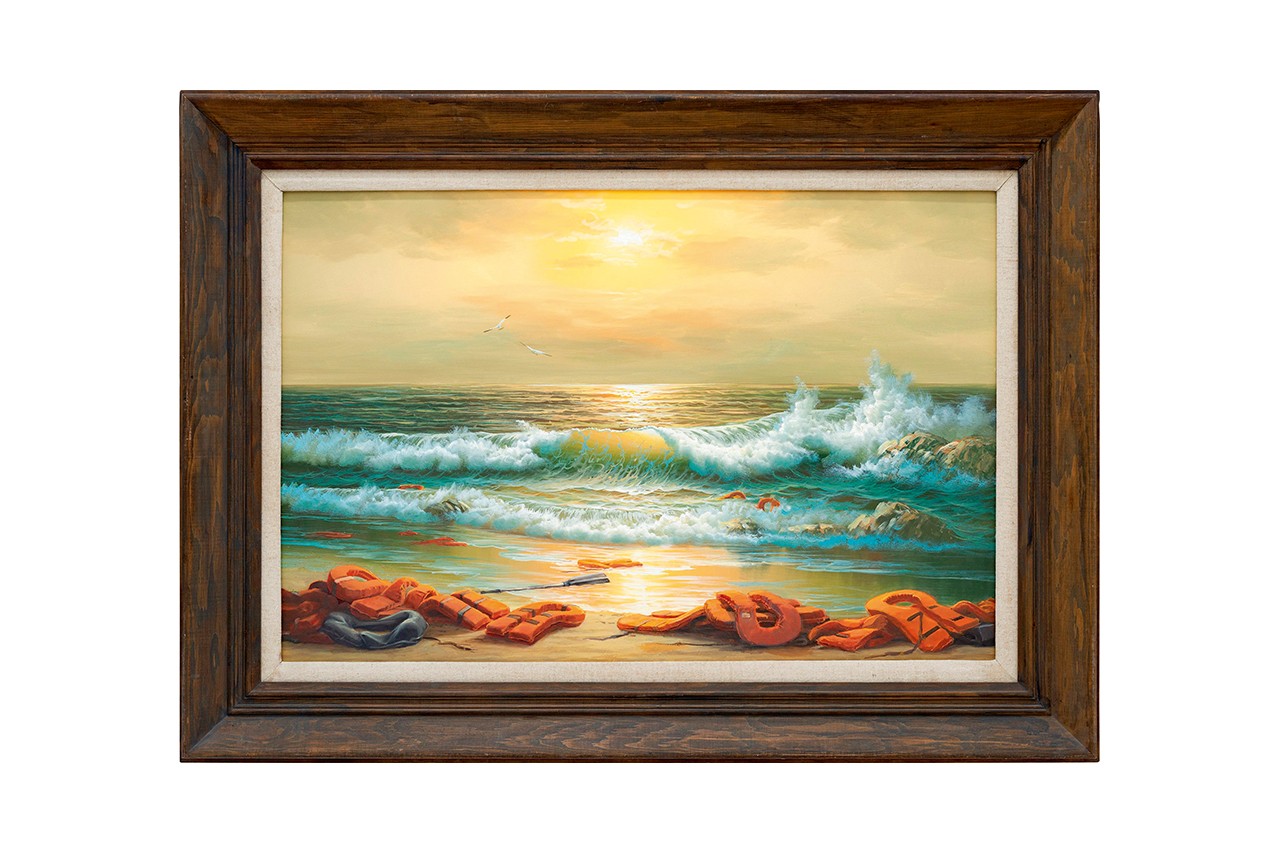 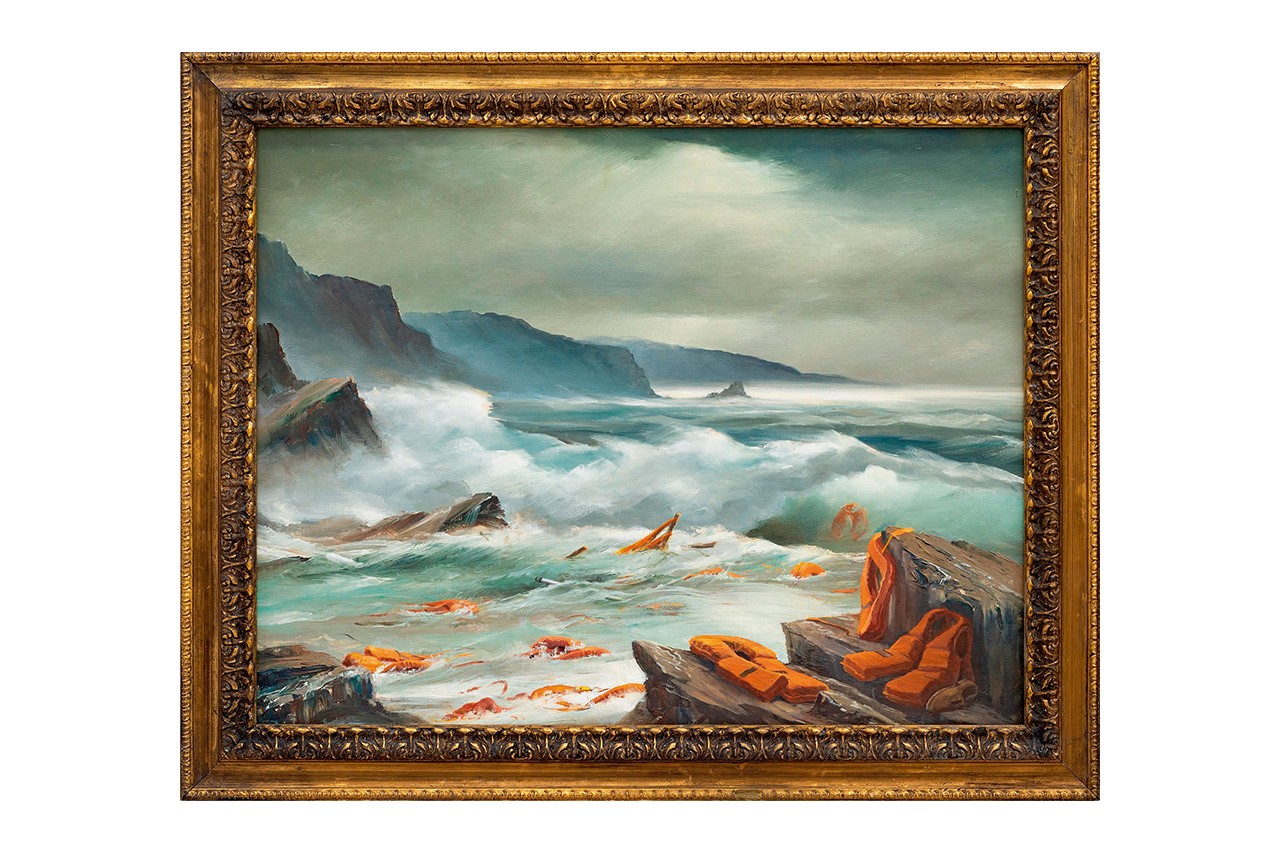