Acne Studios have opened a new flagship store in Norrmalmstorg, Stockholm. The Swedish lauded fashion imprint moved inside a former bank where the Norrmalmstorg bank robbery and hostage crisis took place, best known as the origin of the term Stockholm syndrome.

“It’s a temple,” said Acne Studios’ creative director Johnny Johansson. “For me, the idea of a temple is a place that belongs to no one but is owned by everyone. It’s part of our history but also the future. This is how I see our monumental flagship store in Stockholm.”

The interior of the store is grossly dominated by marble and it is designed by Arquitectura-G. The walls are painted in the same color as the marble, while new marble columns were constructed to frame areas such as the changing rooms. The British furniture designer Max Lamb was enlisted to create five oversized marble tables, as well as cantilevered shelves of fine marble that float from the walls.

To celebrate the new store’s opening, the label has designed a limited-edition capsule collection that pays homage to the bank’s heritage and Stockholm Syndrome. Pieces collage together newspaper prints of the 1973 bank robbery and hostage-taking situation, which comprise T-shirts, hats, tote bags, scarves, wallets, and cardholders. Take a look at the Norrmalmstorg flagship store below and check out the Stockholm Syndrome collection available on Acne Studios’ website which sells at the new store as well as a select number of other stores worldwide. 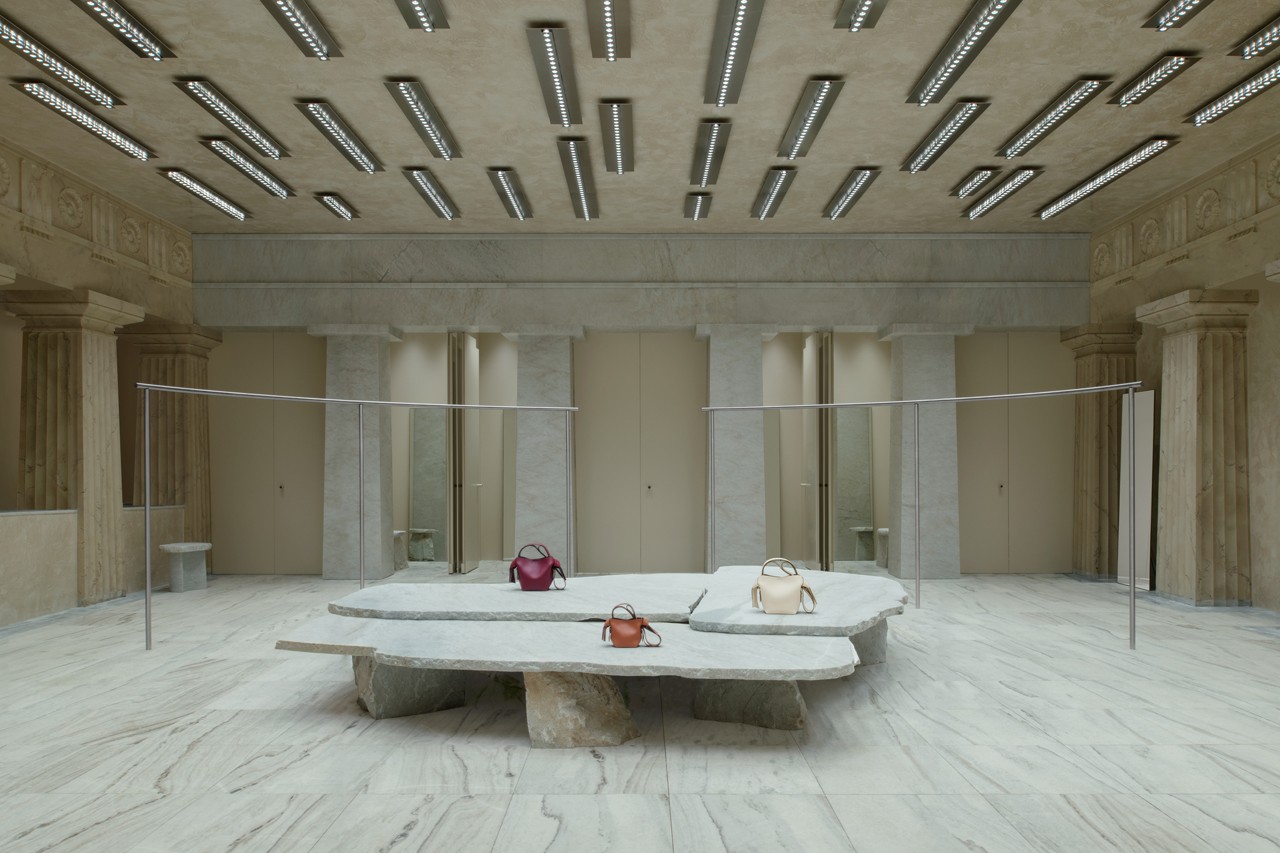 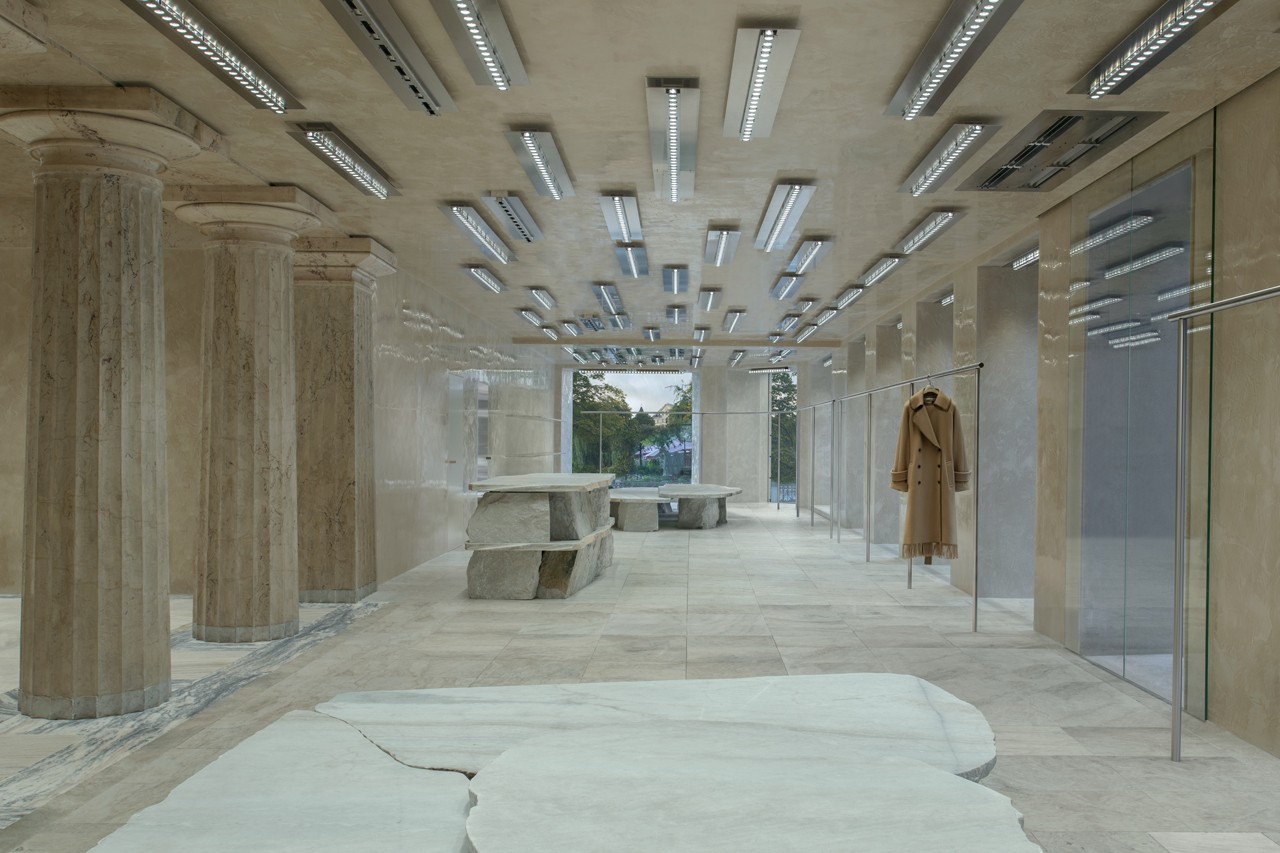 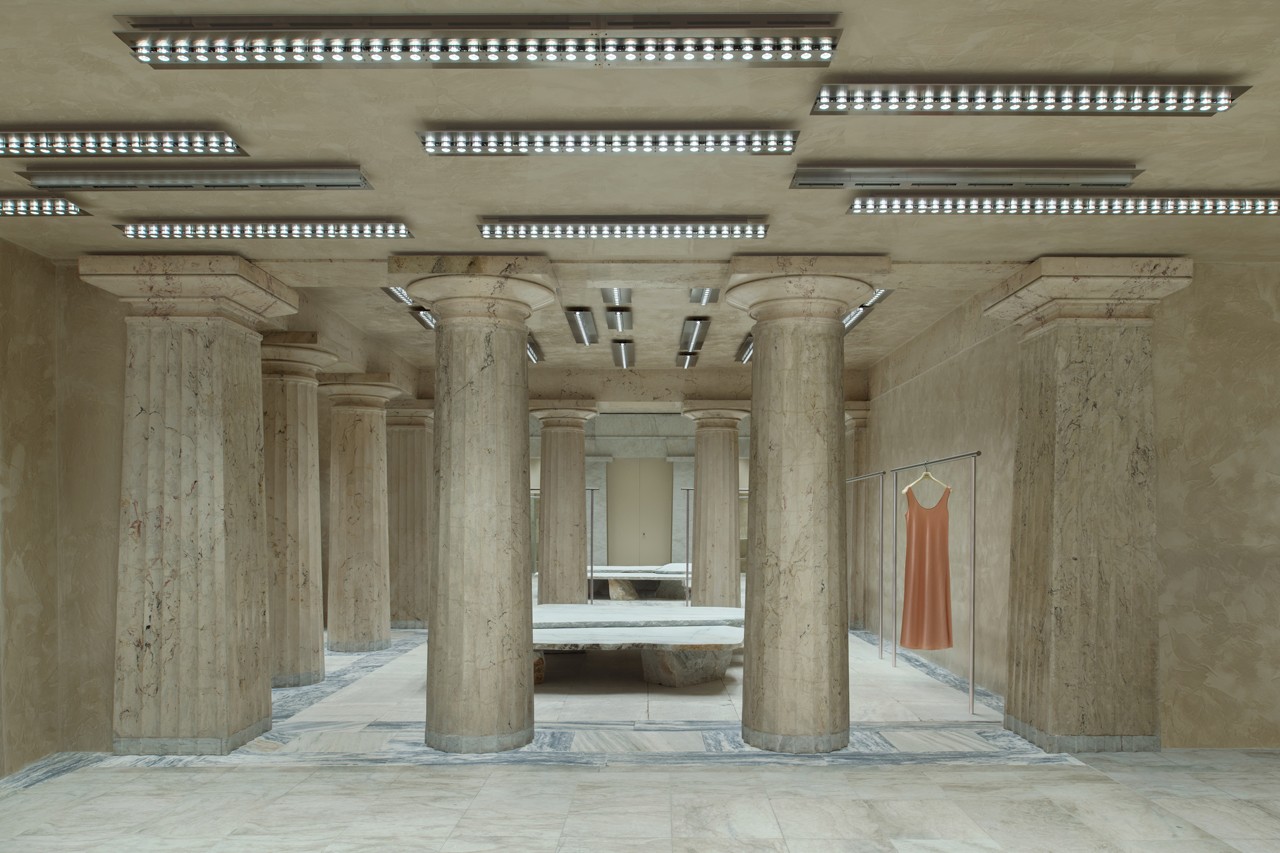 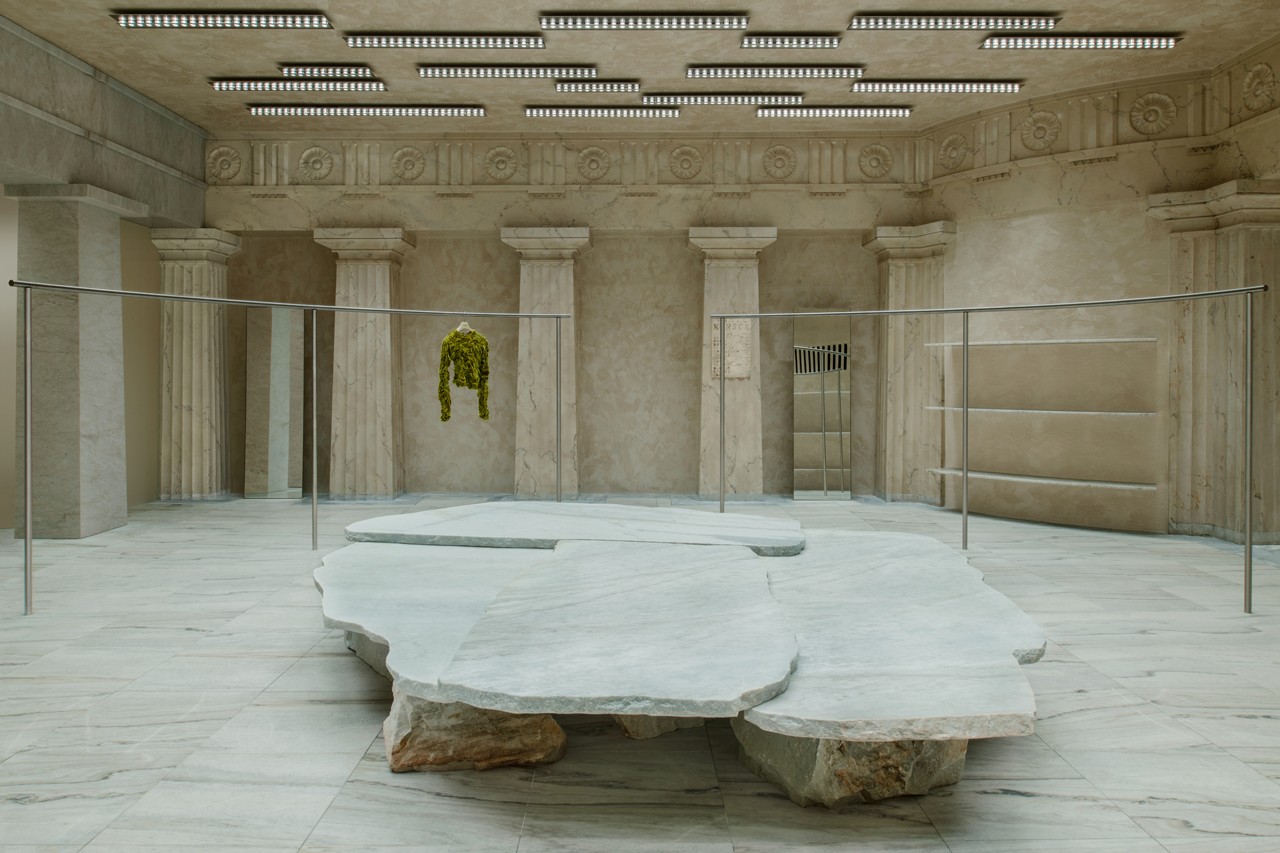 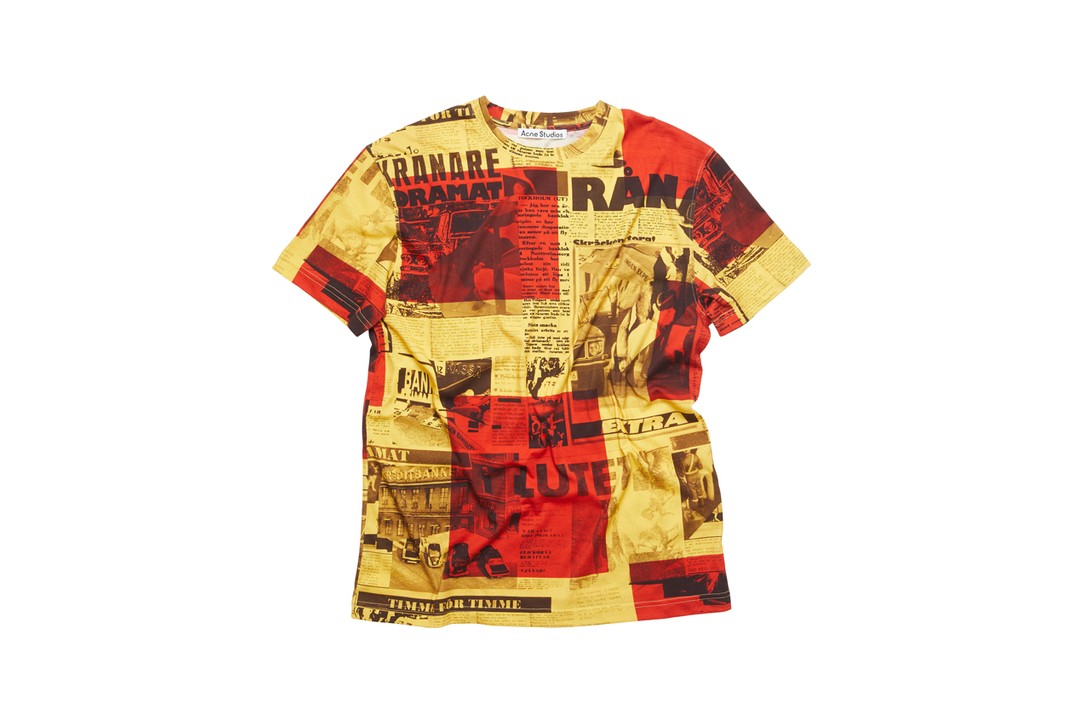 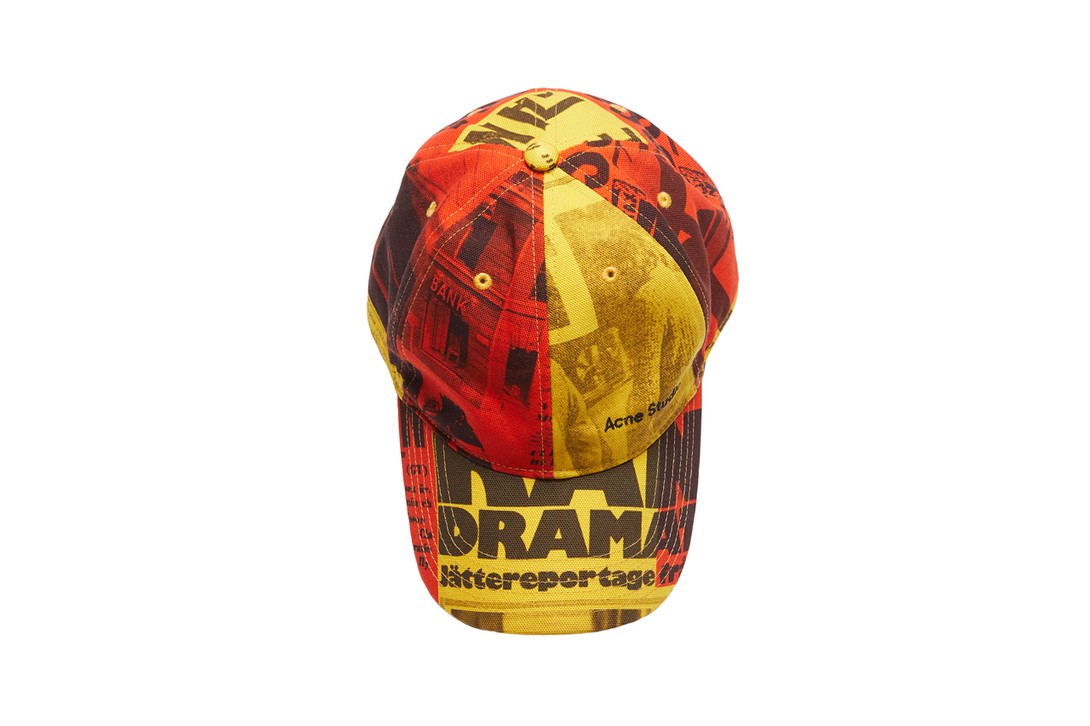 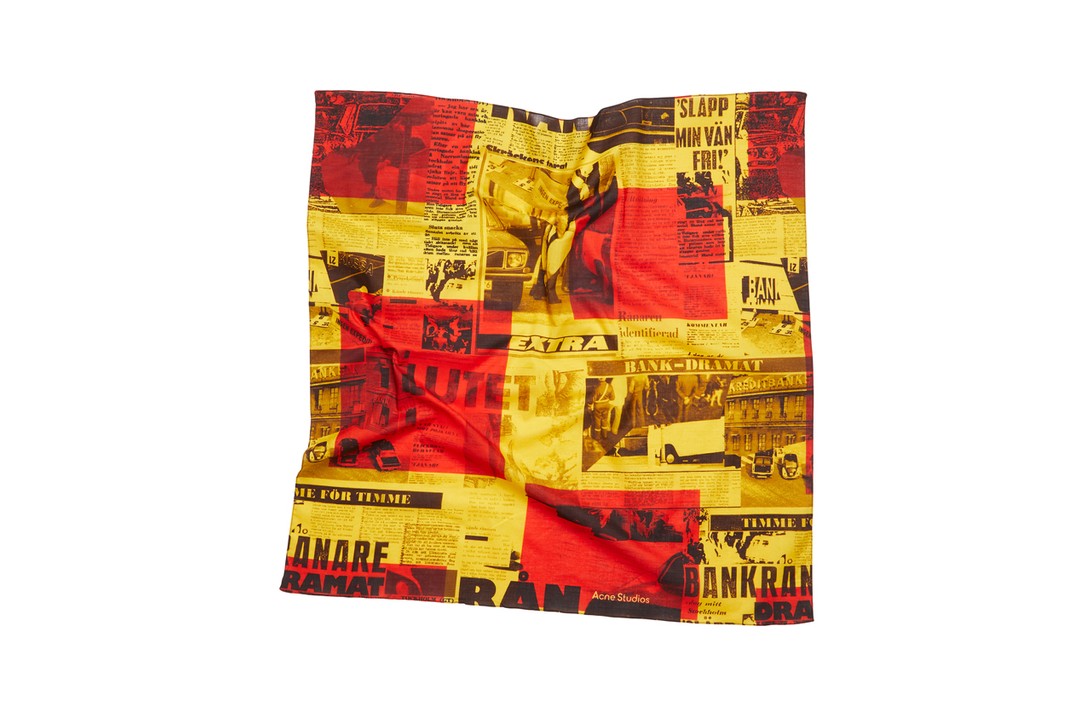 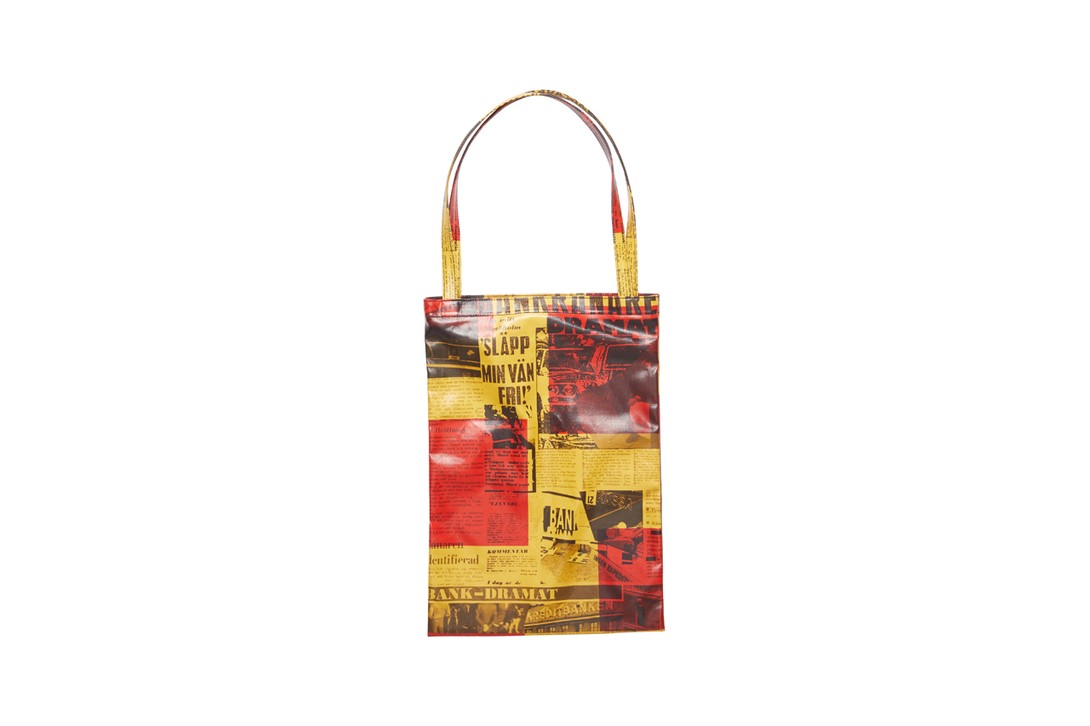 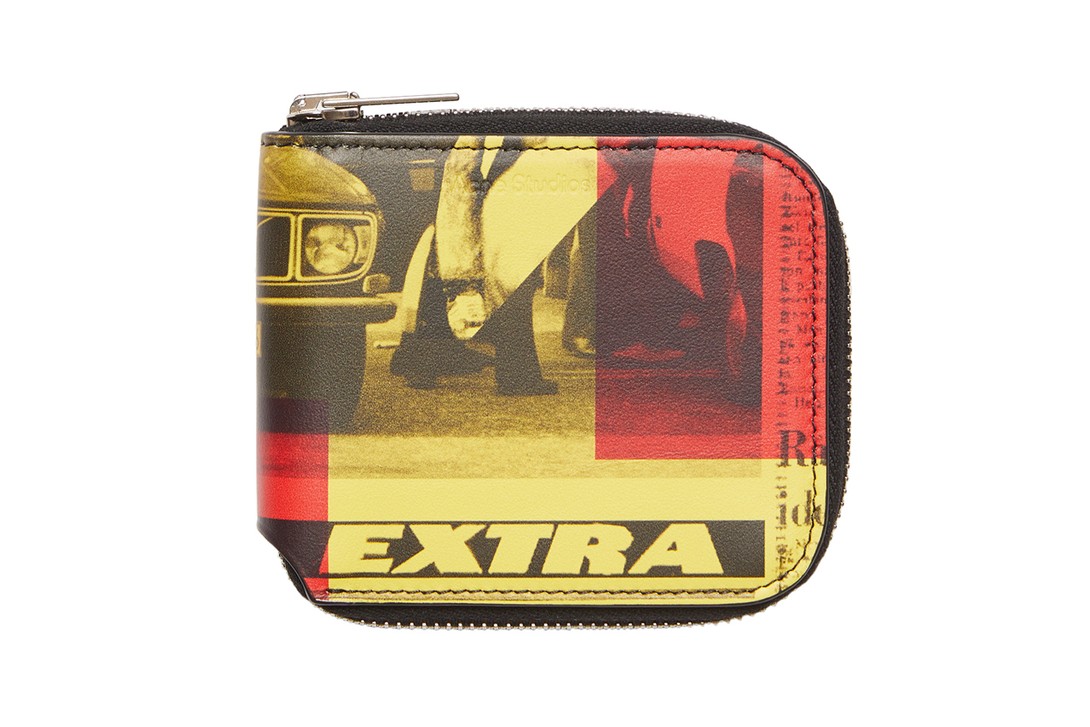 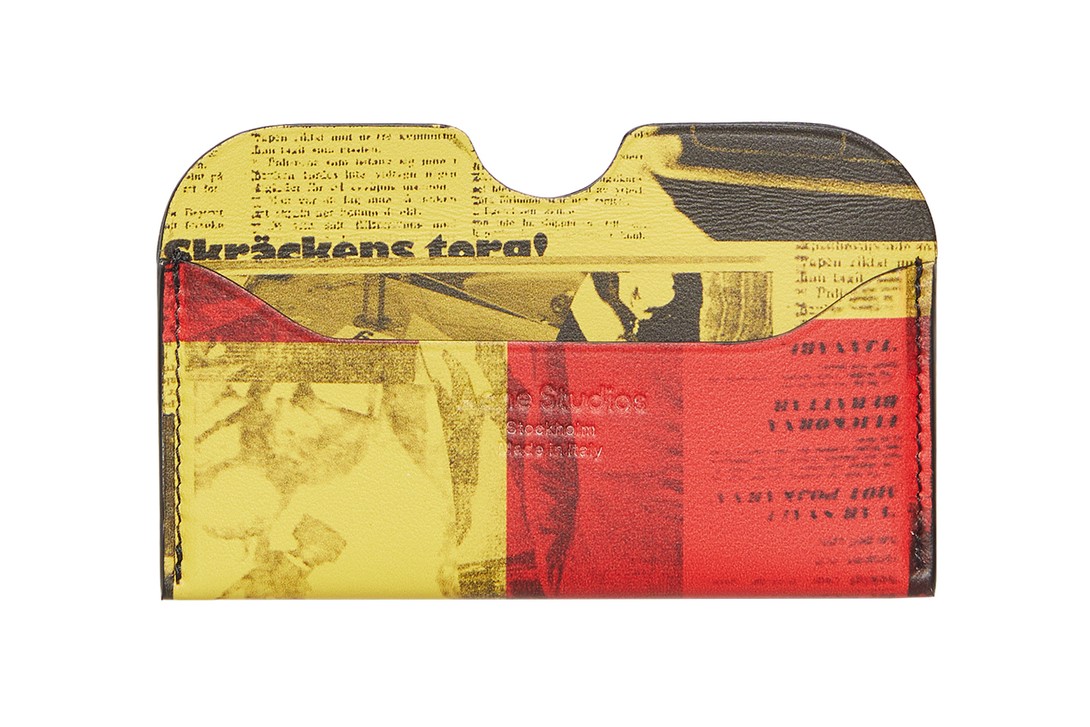 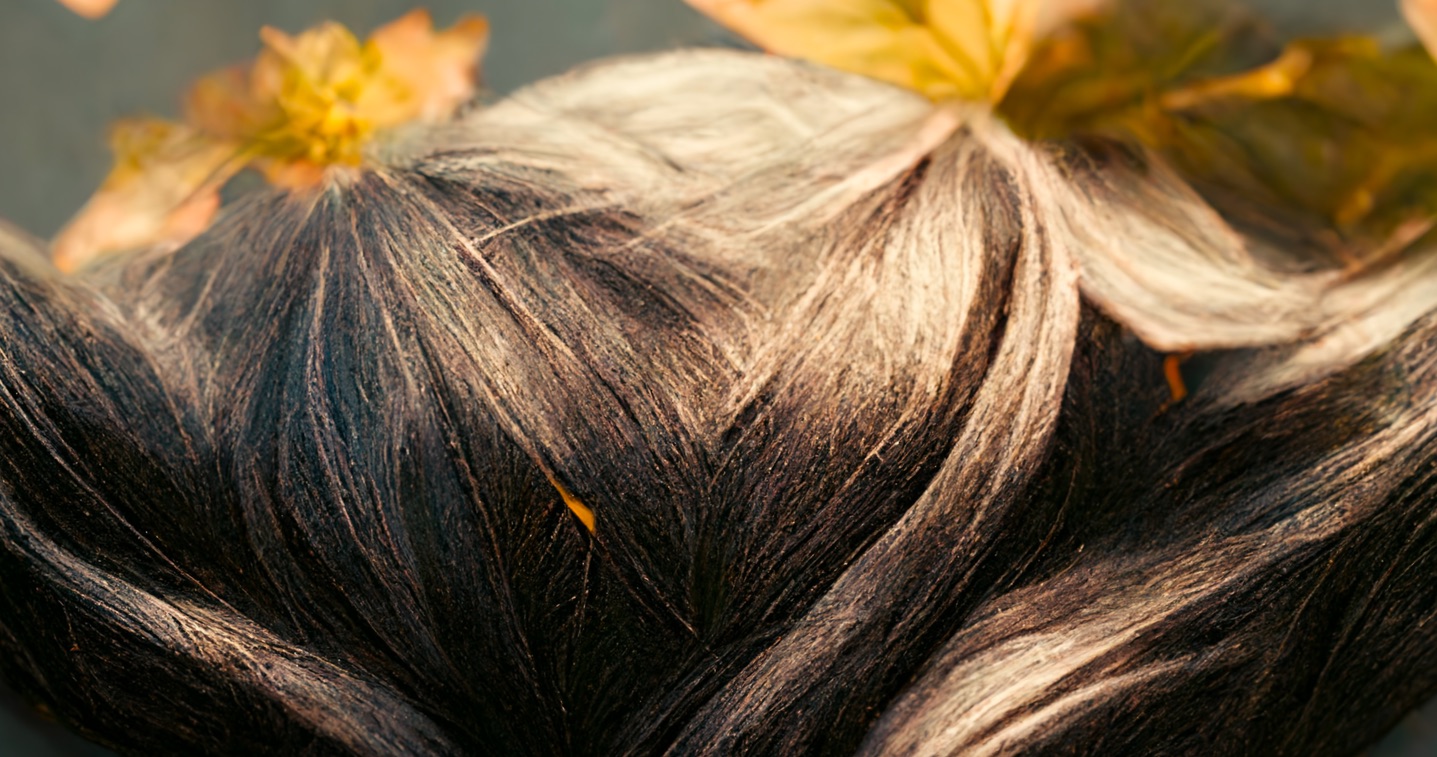