The World of Shoji Ueda

Galerie &co119 is proud to exhibit works from one of the premier masters of Japanese photography, Shoji Ueda (1913-2000).

Considering himself as a mere, but passionate, amateur – one who used to say, “I only think about photography, even when I sleep and as soon as I wake up” – Ueda spent his life in the region where he was born, in the Tottori Prefecture, surrounded by the sand dunes that inspired his iconic series.  These sand dunes have come to symbolize the work of this master of composition.

Only after exhibiting at the Arles Festival of Photography in 1978 did he gain international recognition for his work, eventually also earning him acclaim within his own country.

His photographic style, absolutely recognizable, perfectly and freely composed, nearing surrealism, contrasted greatly from the realist and documentary work of his Japanese peers that were in fashion at that time. A word was even coined to refer to his particular photographic style: Ueda-cho (the “Ueda style”).

It is indeed composition, and creation of a visual world in itself, that Shoji Ueda’s images are revealing.  The photographer – creating a world which is simultaneously graphic, poetic, surrealist, and imaginative – plays with his models, the objects he is shooting, his wife and his children alike, with humor and gentleness, as if these subjects were figurines a kid would play with. Inventing a world with no time constraints, made of dunes, clouds-like cotton balls and tall grass hiding masked creatures, this master of photography offers all that cross his path and pose in front of his camera a place in his world: the world of Shoji Ueda.

His own story, rather unusual for his time, gives us a hint to the origins of his peculiarity.

Raised in a small provincial city by the Sea of Japan, Ueda was fortunate to have been exposed to other cultures from a young age, from the books and magazines his parents offered him, to a nanny who, having emigrated to the United States, continued to send him gifts from abroad. His parents encouraged him to pursue photography rather than painting, and gave him his first camera (imported from Germany) at the age of 16.

In 1932, Ueda set up his photo studio in the main street of Sakaiminato, his native town, where Americans from neighboring military bases often frequented. Possessing a predisposition for curiosity, he searched incessantly for newness and innovation. He frequently changed his camera, and was one of the first in his town to own a scooter and an 8mm movie camera.

The remote area where Ueda was born and worked all his life, rich in myths and deities, also had a big influence in his work. He often left his wife the job of taking care of the studio, while he would search for the next photo shoot location and models. With ease, he let the real world around him and the virtual world coexist. Children and spirits became one in front of his camera and in the darkroom, where Ueda experimented, cut, and assembled his images. His relatives, in particular his wife and children, were also very involved in his creative process. They would regularly pose in front of Ueda’s camera, where the photographer himself would sometimes join them, as if to remind us, with great humor, that he was as much an actor as a spectator. He imagined his world, but above all, lived in it.

The passing of his wife in 1983 marked a change in his work. Unable to retain the lightness in his work, his son suggested, as a form of therapy, a series of collaborations with Japanese fashion brands, among which included Takeo Kikuchi. In these series, we find the same composition style, the same sense of humor, sometimes pushed to the extreme, and the references to surrealism… but with an added distance. Photography stopped being a game, and it became a job. Those trend-setting images revolutionized fashion photography and remain to this day audacious and modern.

It is indeed this modernity that strikes us today, as we look at Ueda’s work 20 years following his death, in images that belong to the future as much as they belong to the past. 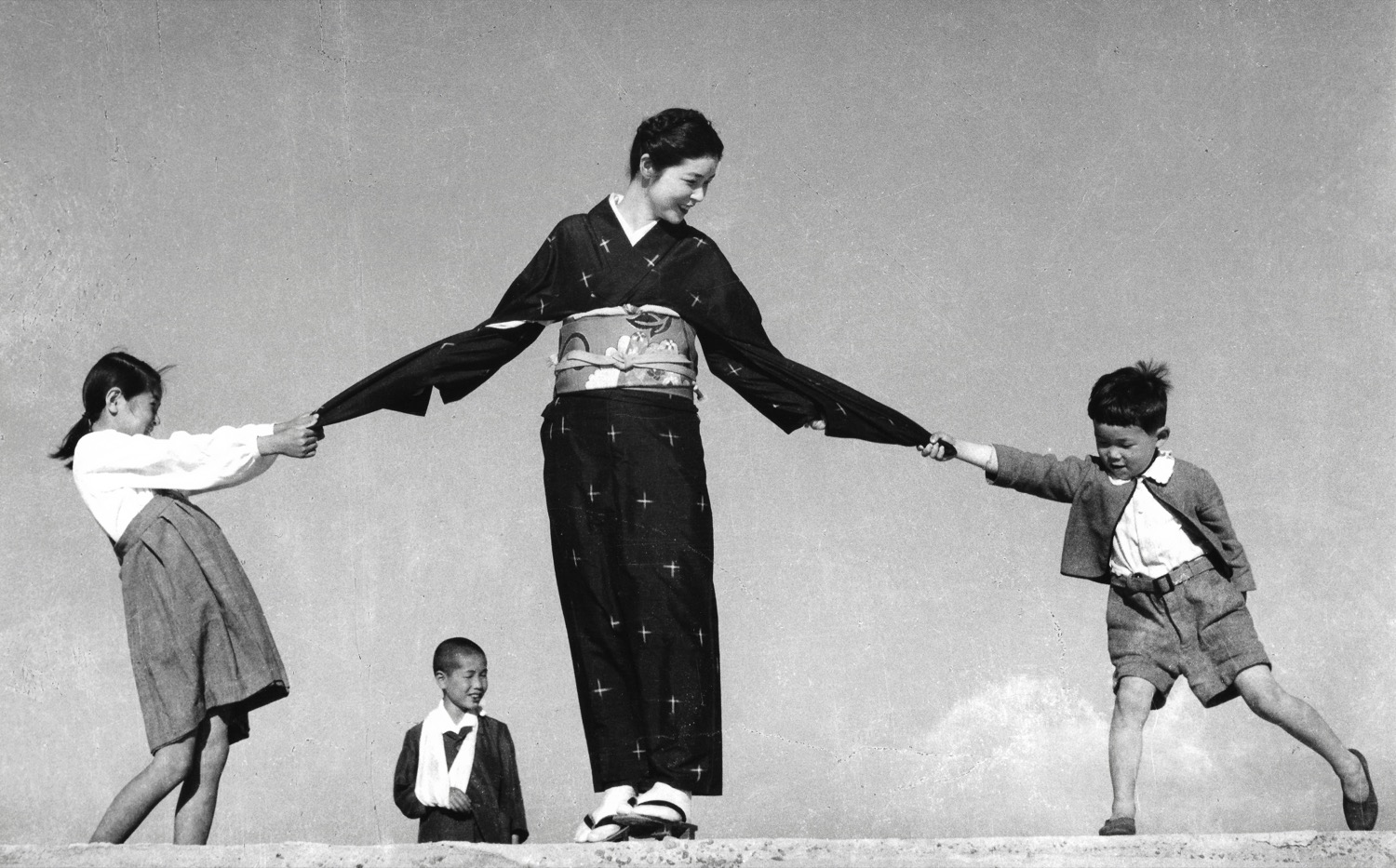 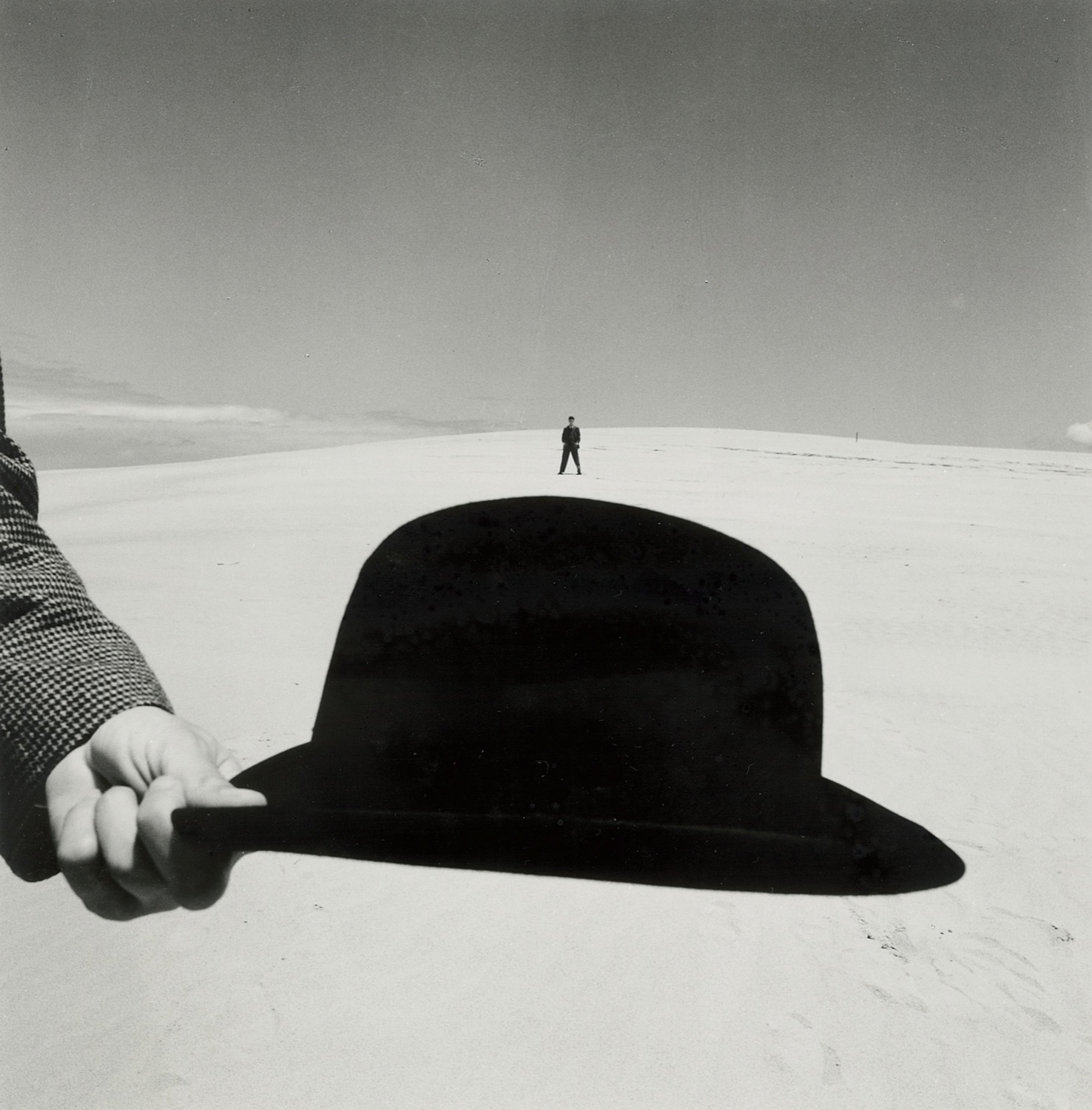 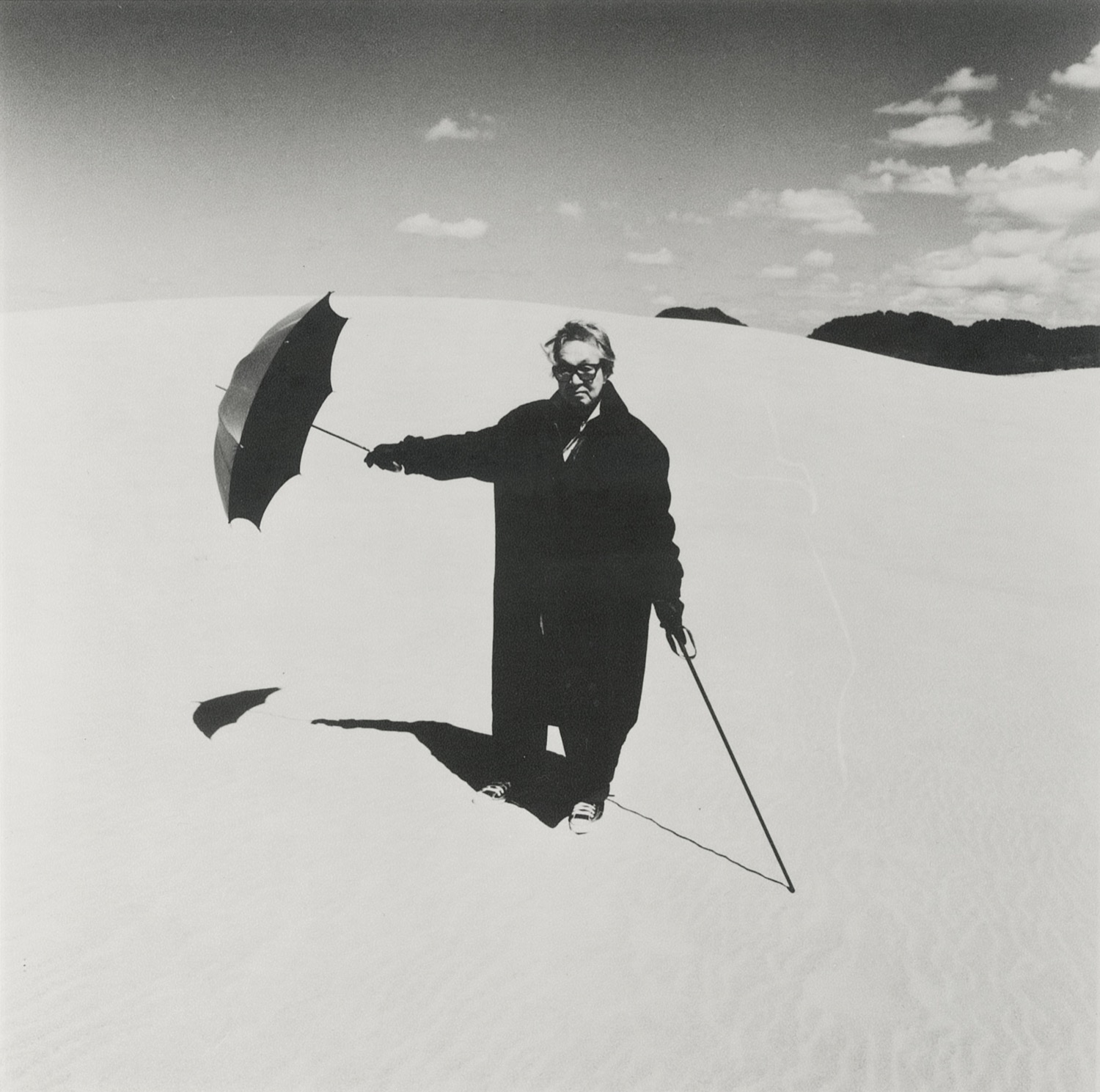 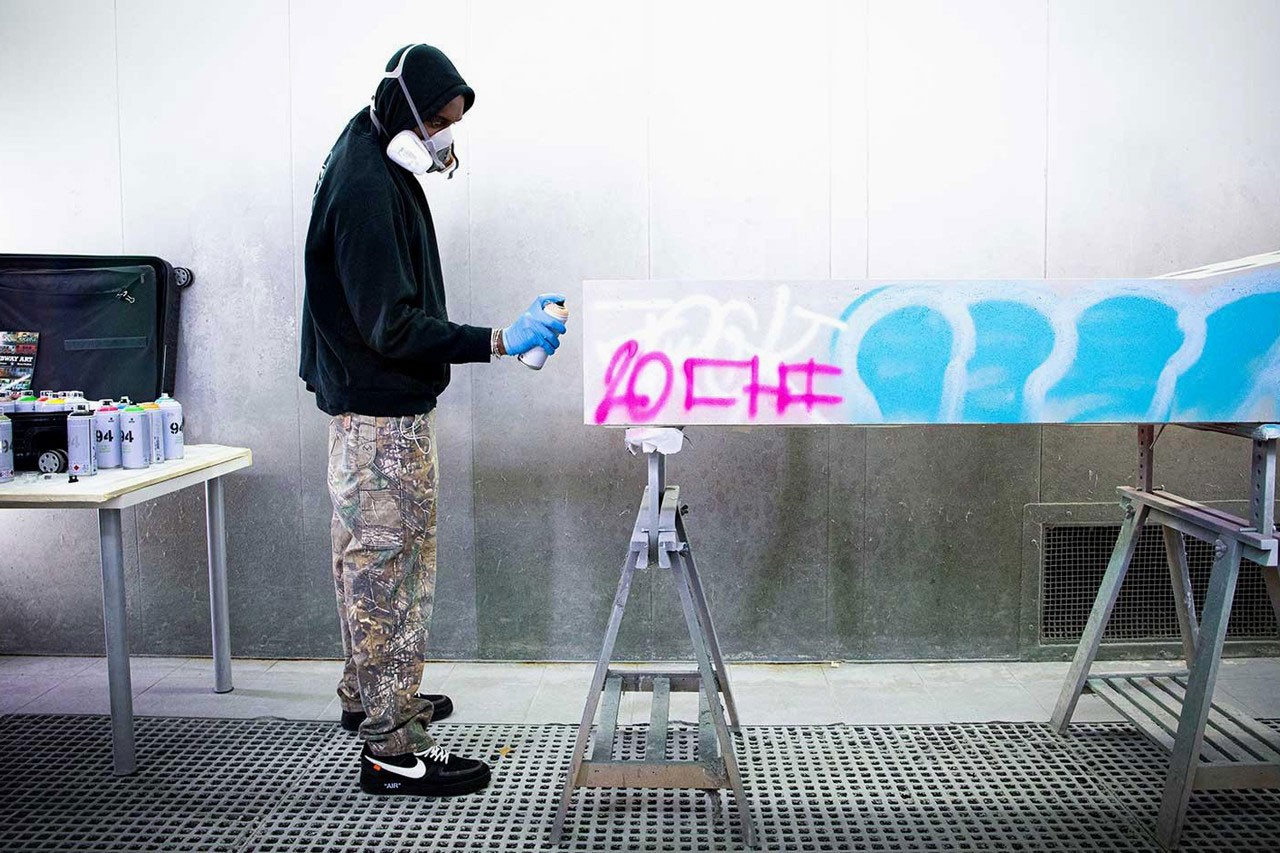 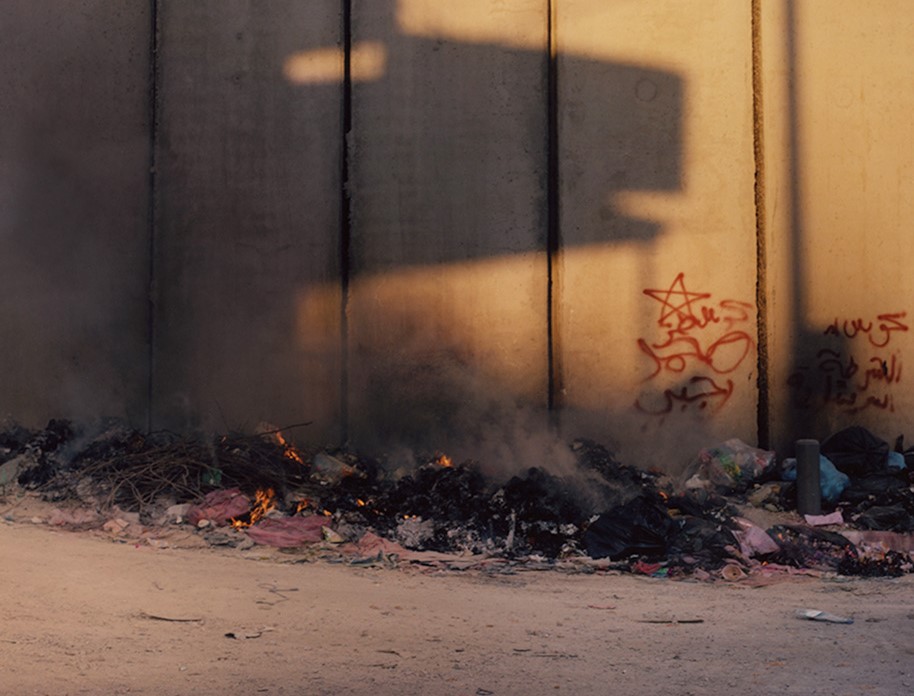 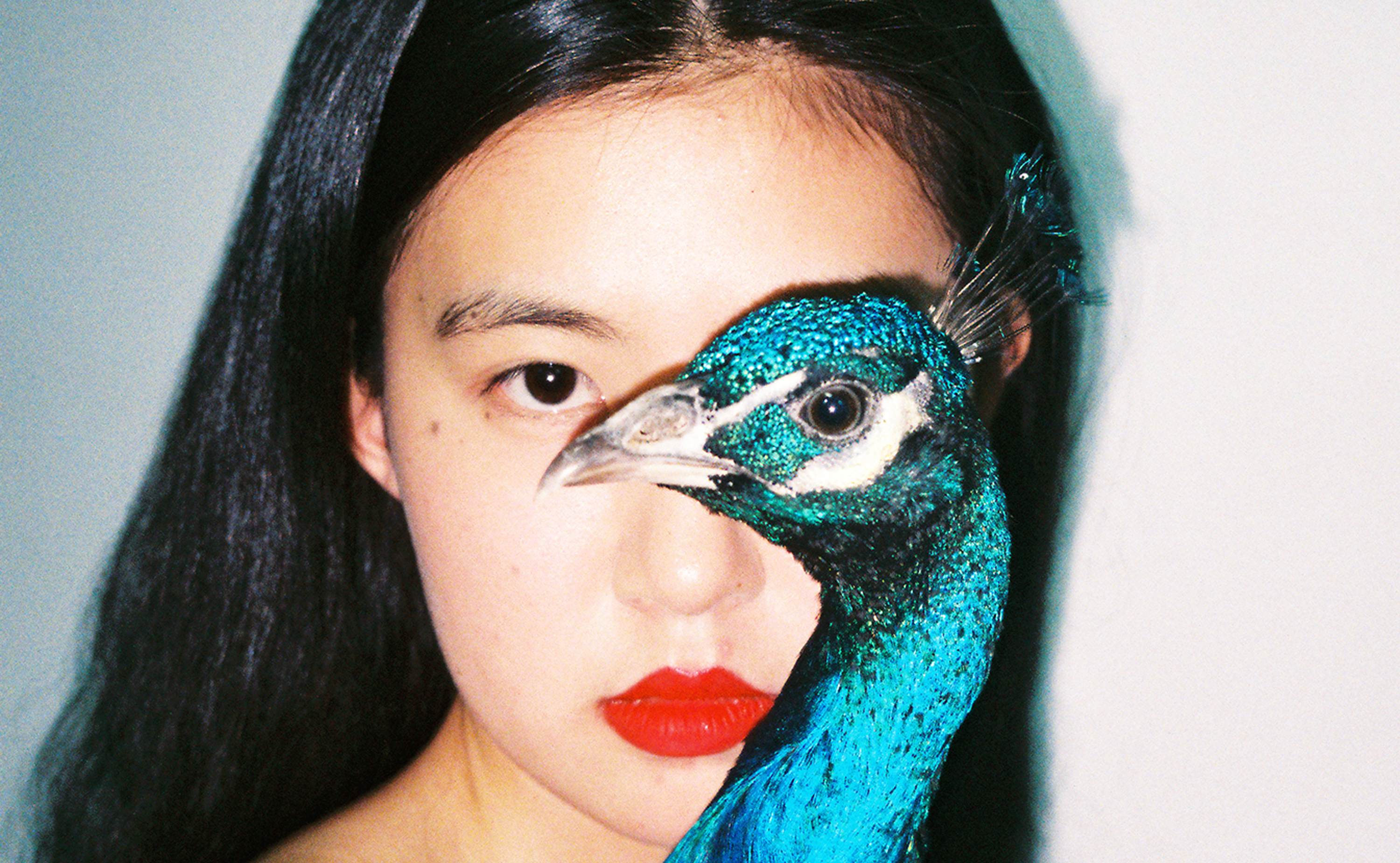