Cai Guo-Qiang, world-renowned installationist and pyrotechnics master, has unveiled his first-ever virtual reality artwork titled Sleepwalking in the Forbidden City. The work was made in partnership with HTC VIVE Arts and it’s part of the artist’s latest major exhibition Odyssey and Homecoming which is on display at the Palace Museum in Beijing.

Located in the final section of the exhibition, Sleepwalking in the Forbidden City encompasses three distinct elements. The groundbreaking work includes a large-scale alabaster model of the Forbidden City, created in collaboration with craftsmen from Guo-Qiang’s hometown, a richly layered gunpowder drawing, and the VR film, which brings all of the elements together.

“Using the ancient medium of gunpowder, the artist challenges the adaptability, control, and precision associated with VR technology,” as per a press statement. “At a time when it is feasible to reproduce practically any object in the virtual world, the artist spent five months sculpting a majestic model of the Forbidden City and created a full-scale fireworks ceremony by the Liuyang River, designed to be viewed from multiple angles but without any audience.”

“The daytime fireworks ceremony for Sleepwalking in the Forbidden City was inspired by the traditional principles of ‘round sky and square earth’ and Wuxing (the Five Elements). The work highlights traditional Chinese aesthetics and the bold spirit of ‘the world is mine’ felt within the Forbidden City, and expresses my thoughts while ‘sleepwalking’ back to that chapter of its history,” explains Cai.

Take a closer look at Sleepwalking in the Forbidden City below and visit Palace Museum’s website to learn more. Odyssey and Homecoming is on view until February 5, 2021. 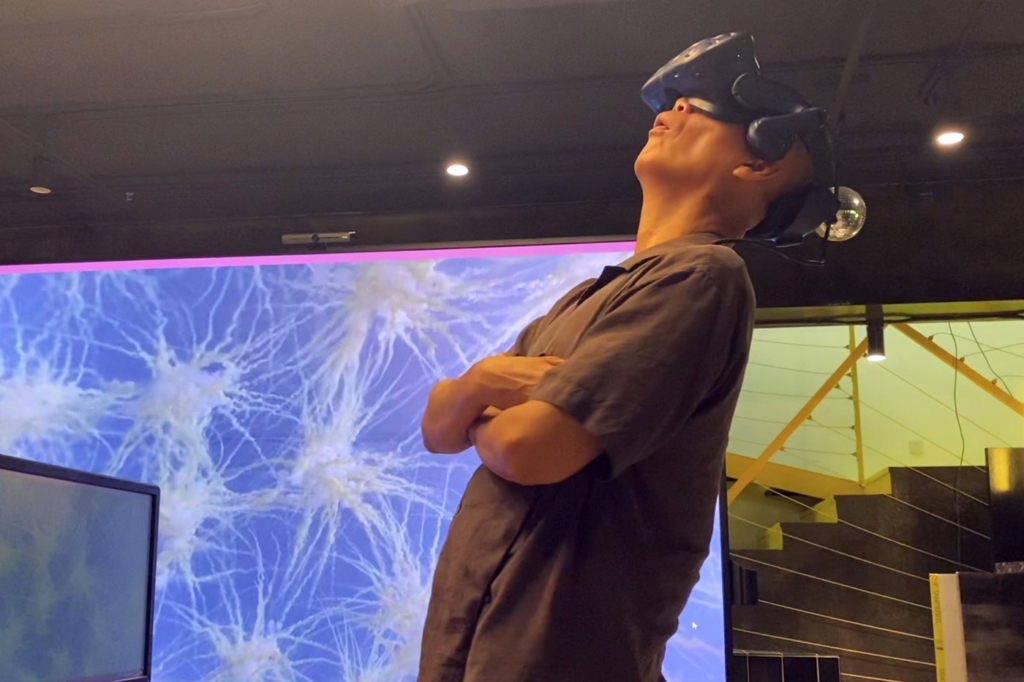 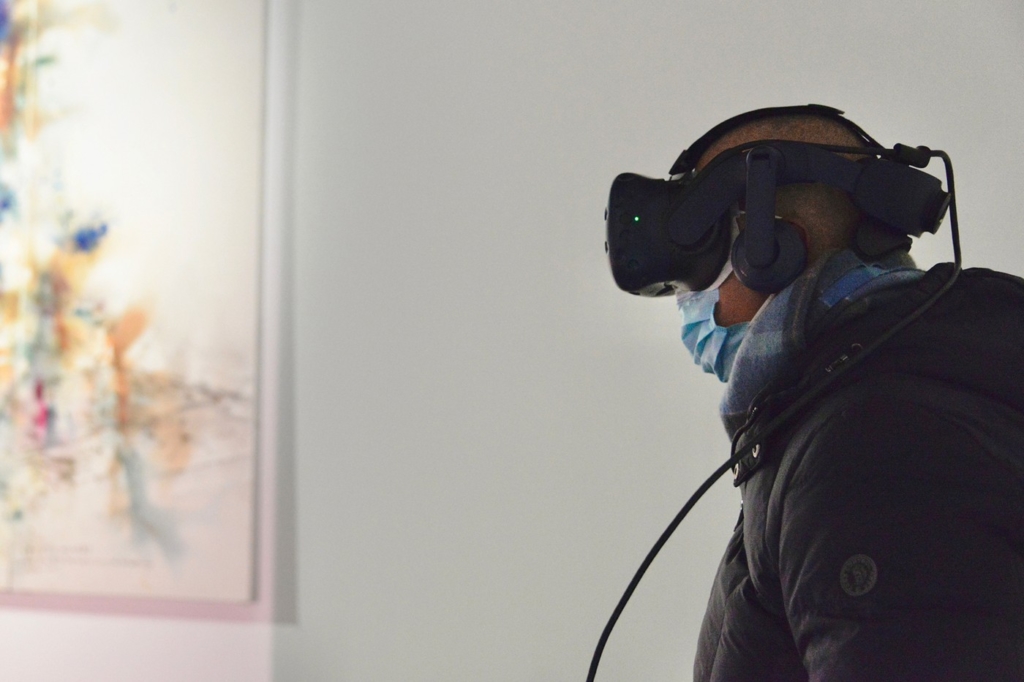 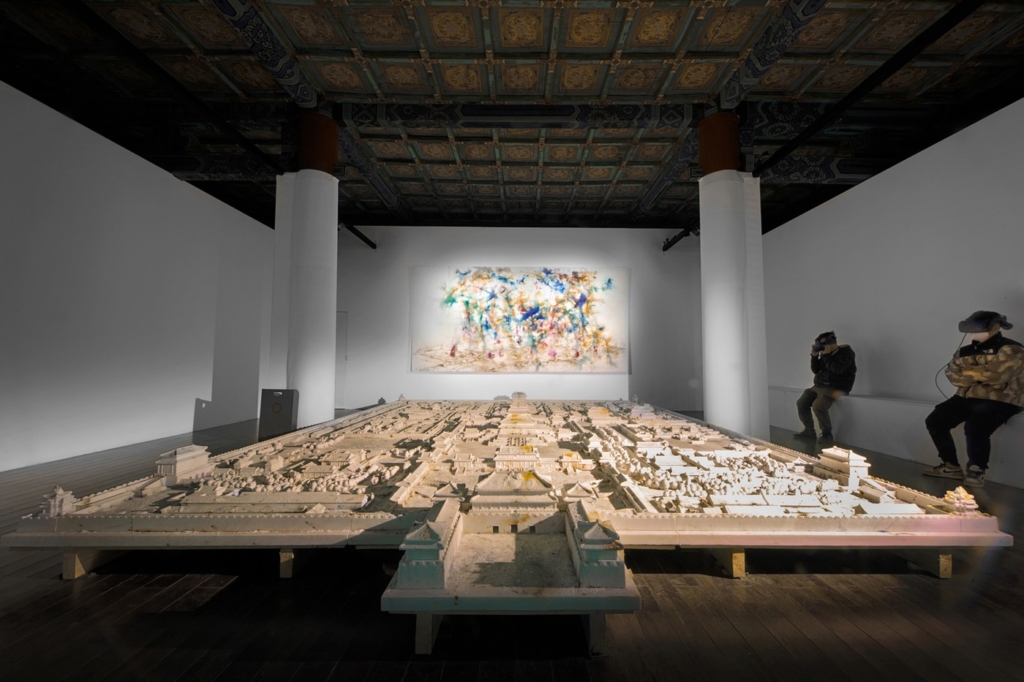 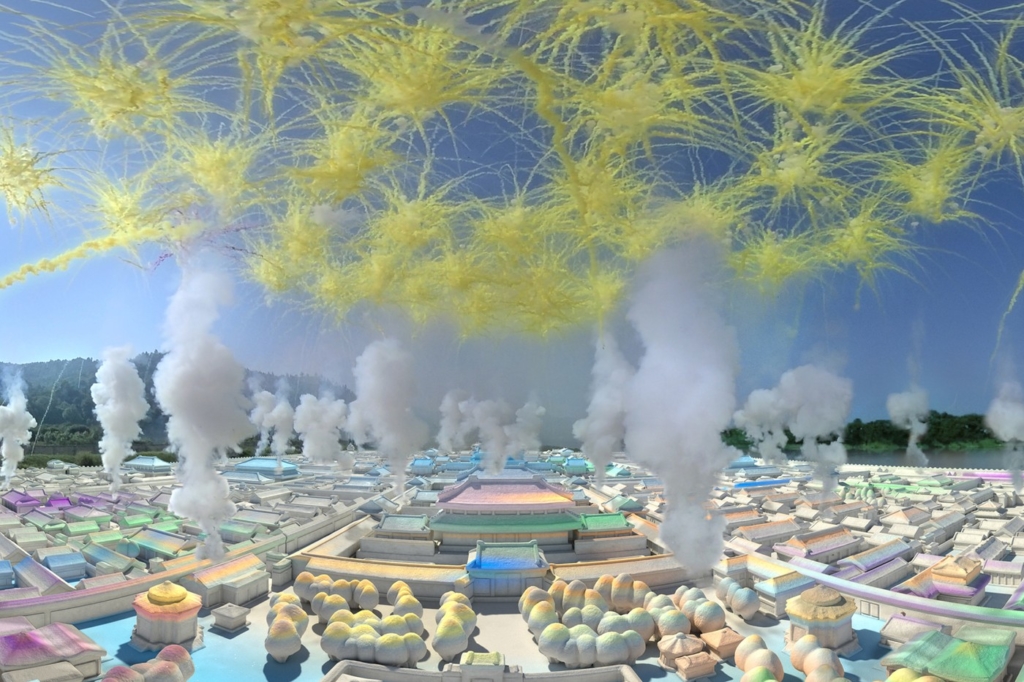 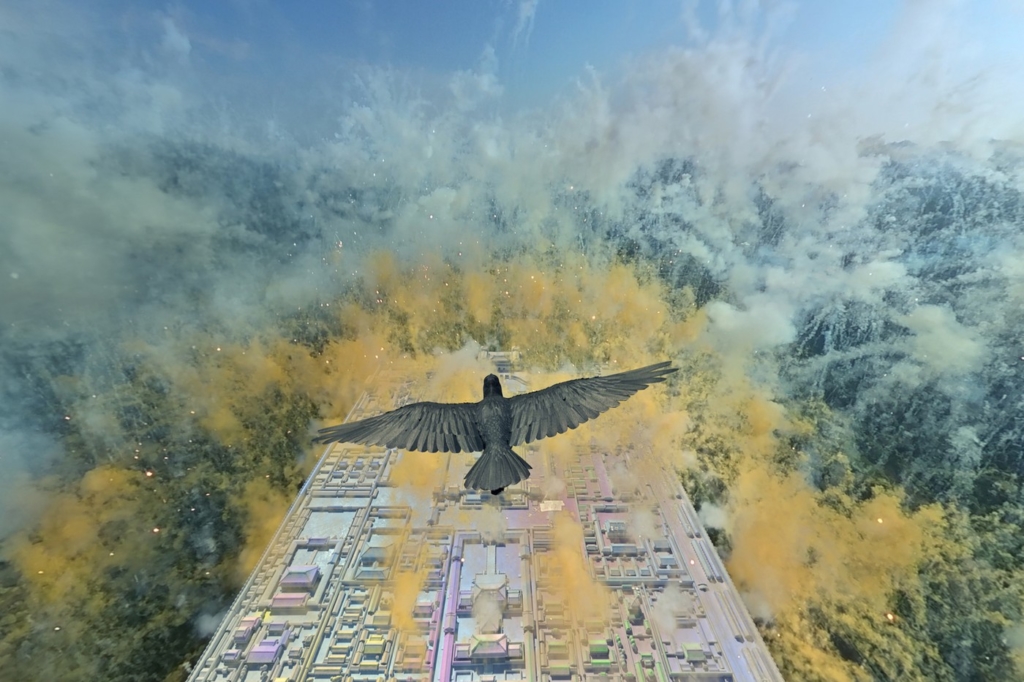 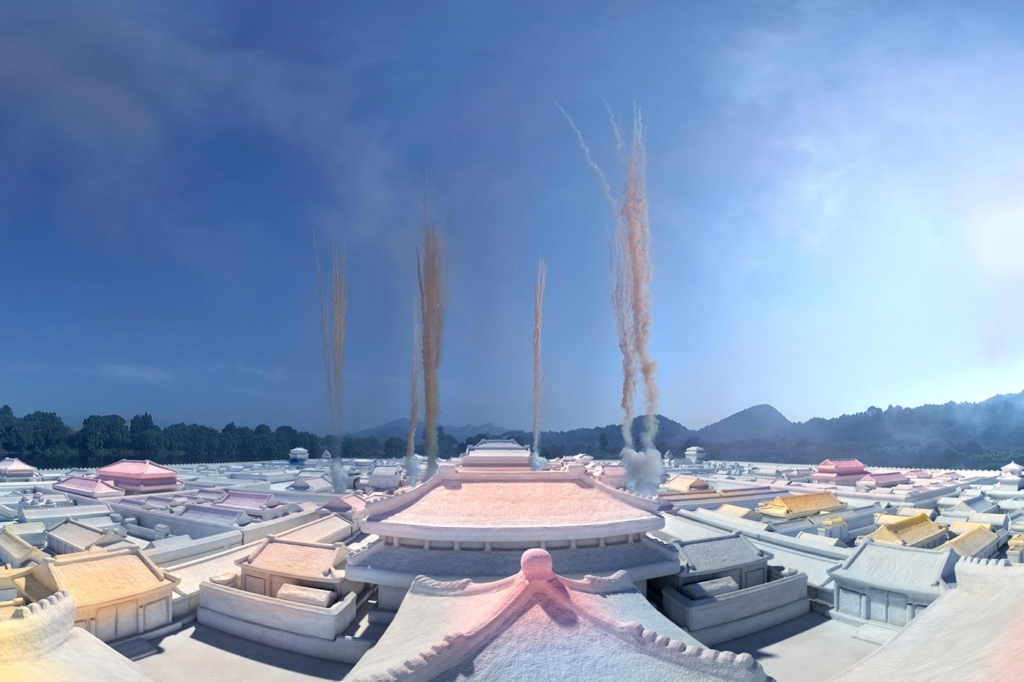 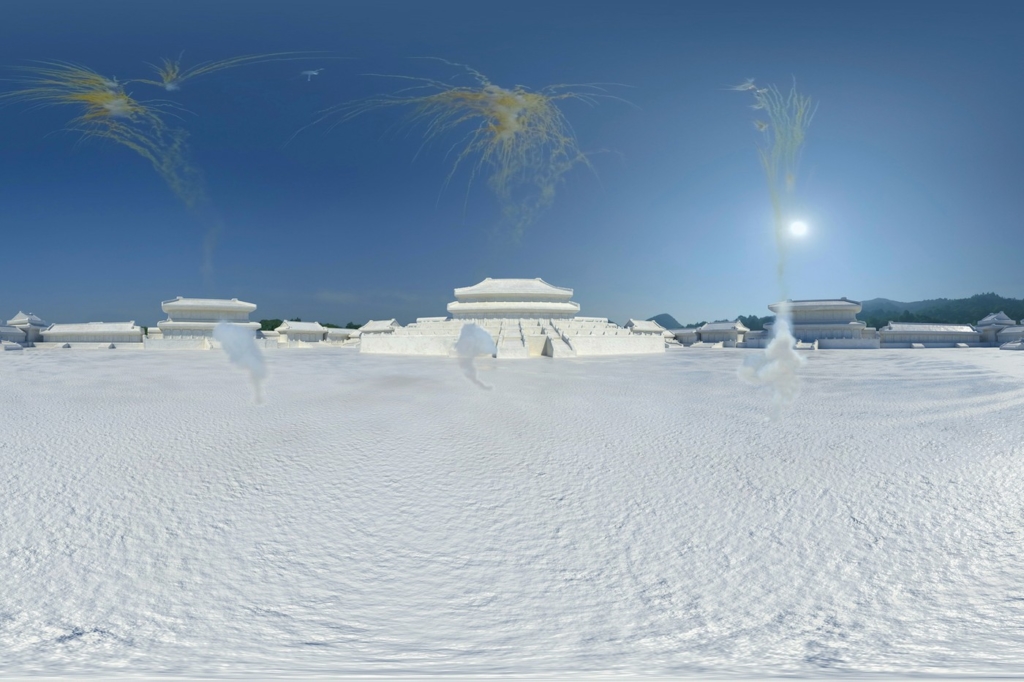