After a scientist by the name of Pascal Cotte scanned the most famous painting in the world with his supreme camera, the results came in quite shocking. Cotte was invited to the Louvre to begin his research on the portrait in 2004 when the museum allowed him to take photographic scans of the work, mainly because he invented a very high-resolution, highly sensitive multispectral camera. The scan revealed a never-before-seen sketch beneath the masterpiece, noting a completely different and unexpected subject.

The device used is called the Lumiere Technology camera, which utilizes the layer amplification method (LAM) to detect light reflected on 13 wavelengths. The groundbreaking scanning techniques expand upon the abilities of infrared photography, which allowed researchers to closely analyze the smallest details hidden underneath a painting. He examined roughly 1,650 images of the portrait and findings were published in the Journal of Cultural Heritage back in August 2020.

Through a combination of near-infrared photography and infrared reflectography, Cotte’s camera detected underlying charcoal lines in the lighter areas of the painting, specifically in the areas around the forehead and the hands. “The optical system allows us to see very fine details and the high sensitivity allows a very high amplification of low signal,” he said. “The spolvero on the forehead and on the hand betrays a complete underdrawing.” 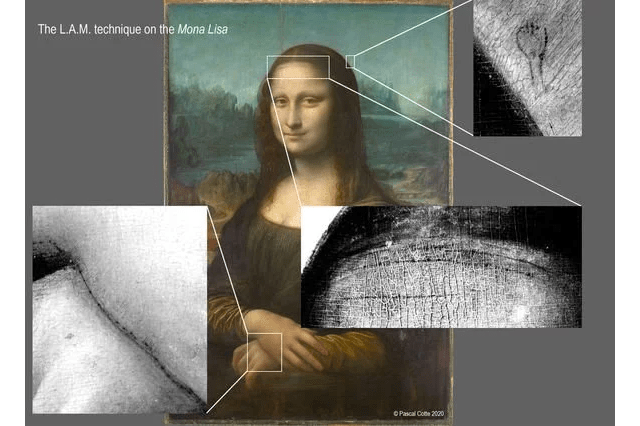 The spolvero, or “pouncing,” is an early technique used to transfer the preliminary sketches of a composition onto the canvas. The artist would initially create holes along the silhouette of the sketch. Then, the artist would place the drawing across the canvas and dust a fine powder of charcoal or clay through the holes to note the outlines. This is the first time Cotte detected such technique being used in the legendary work, which indicates da Vinci created an initial sketch of the famous portrait before painting it.

Further, the charcoal underlines have also been found over Mona Lisa’s head, depicting a strange hairpin. The newfound accessory completely shocked art observers, as such hairstyle was uncommon in Florence at the time, adding a new layer of compositional secrecy, which may suggest da Vinci original subject could’ve been an allegorical figure or portrayal of an “unreal woman, like a goddess,” explained Cotte.

“People had to be dressed in certain ways to denote their profession and for nobility respecting the colors,”said Cotte. “It is not possible for Mona Lisa to have hair like this, it was impossible of the time in the city of Florence.” 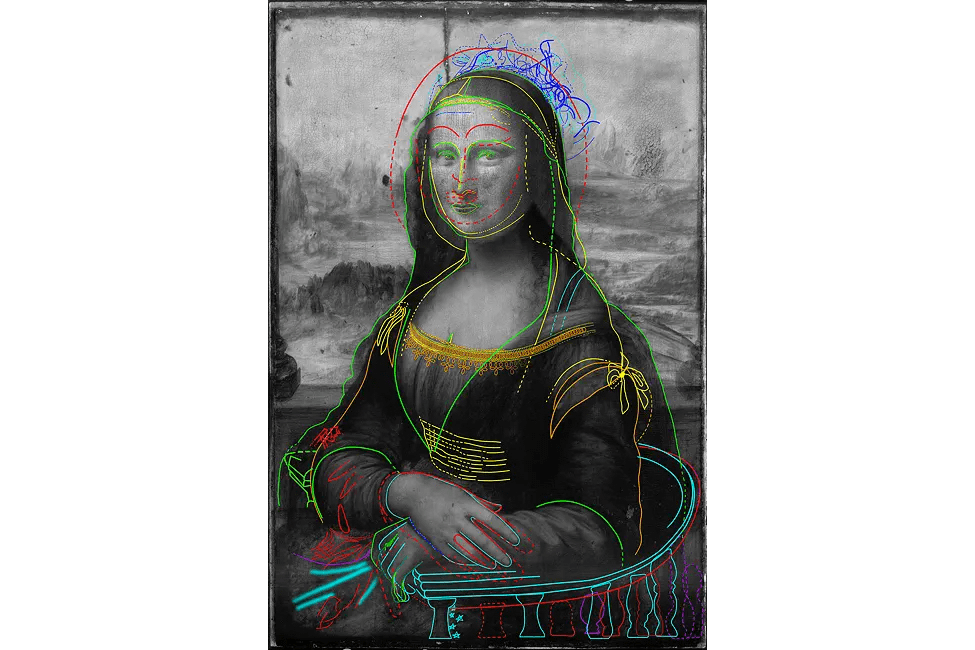 For more information on the discovery, read Cotte’s findings in the Journal of Cultural Heritage here. 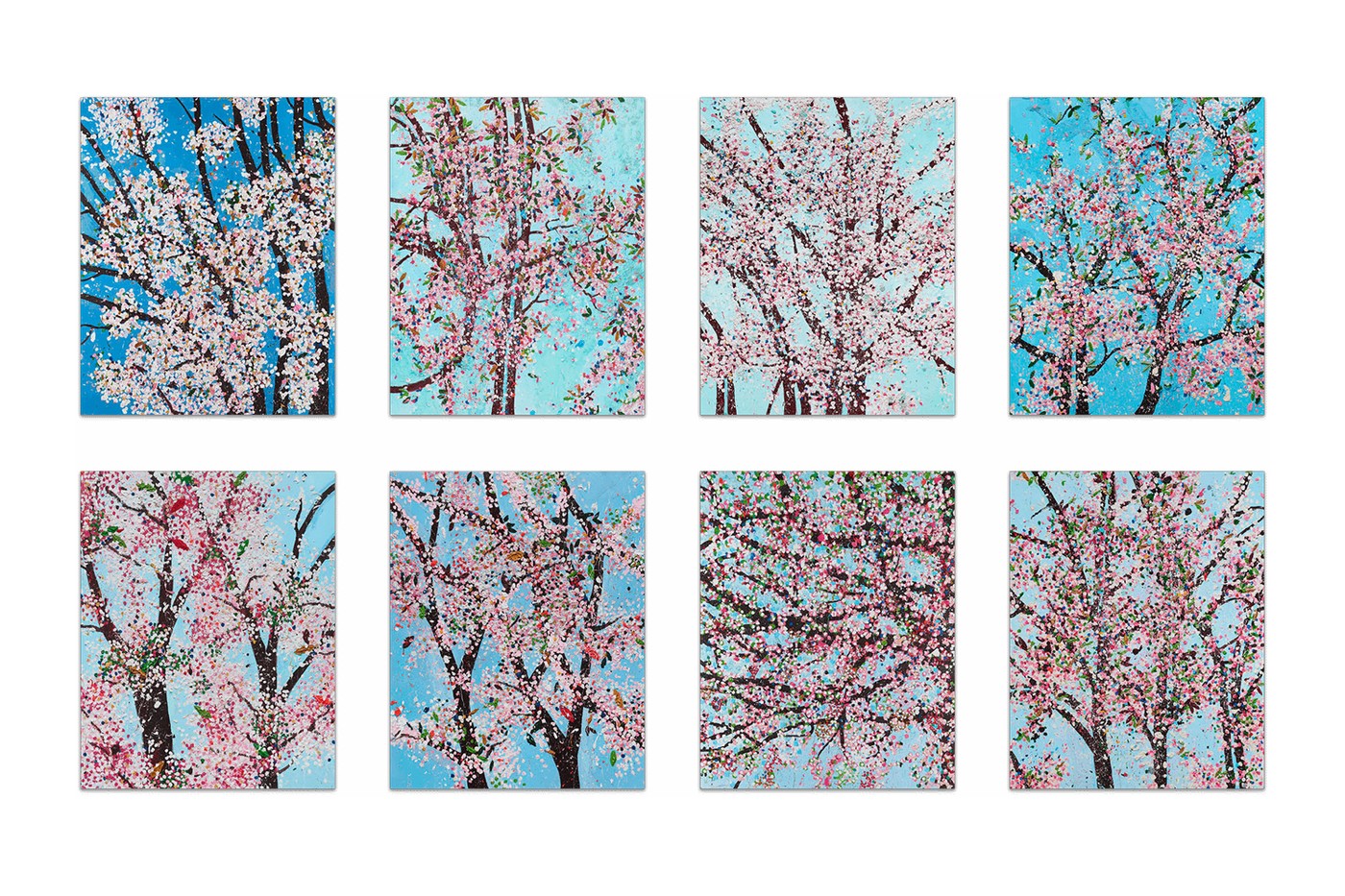 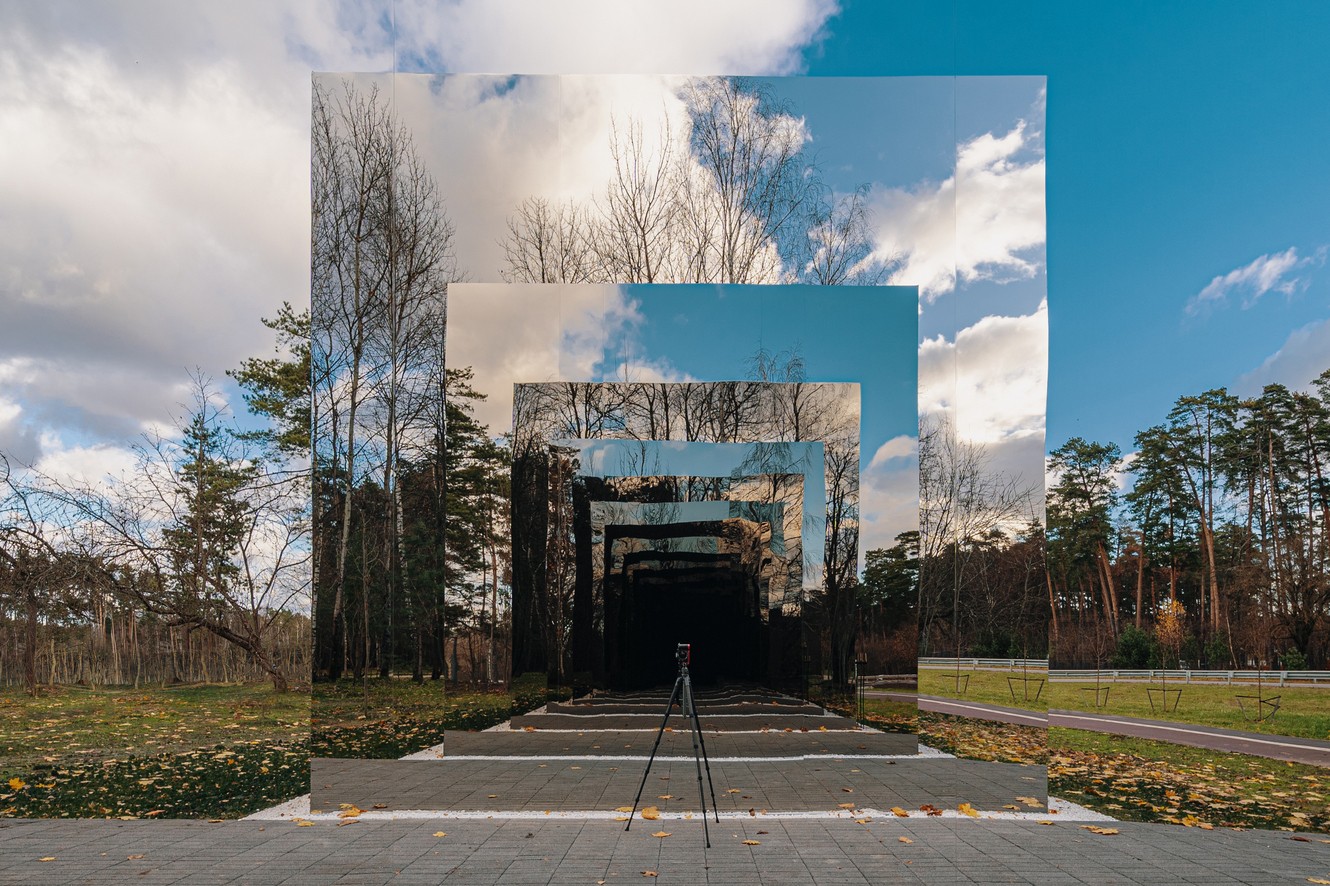 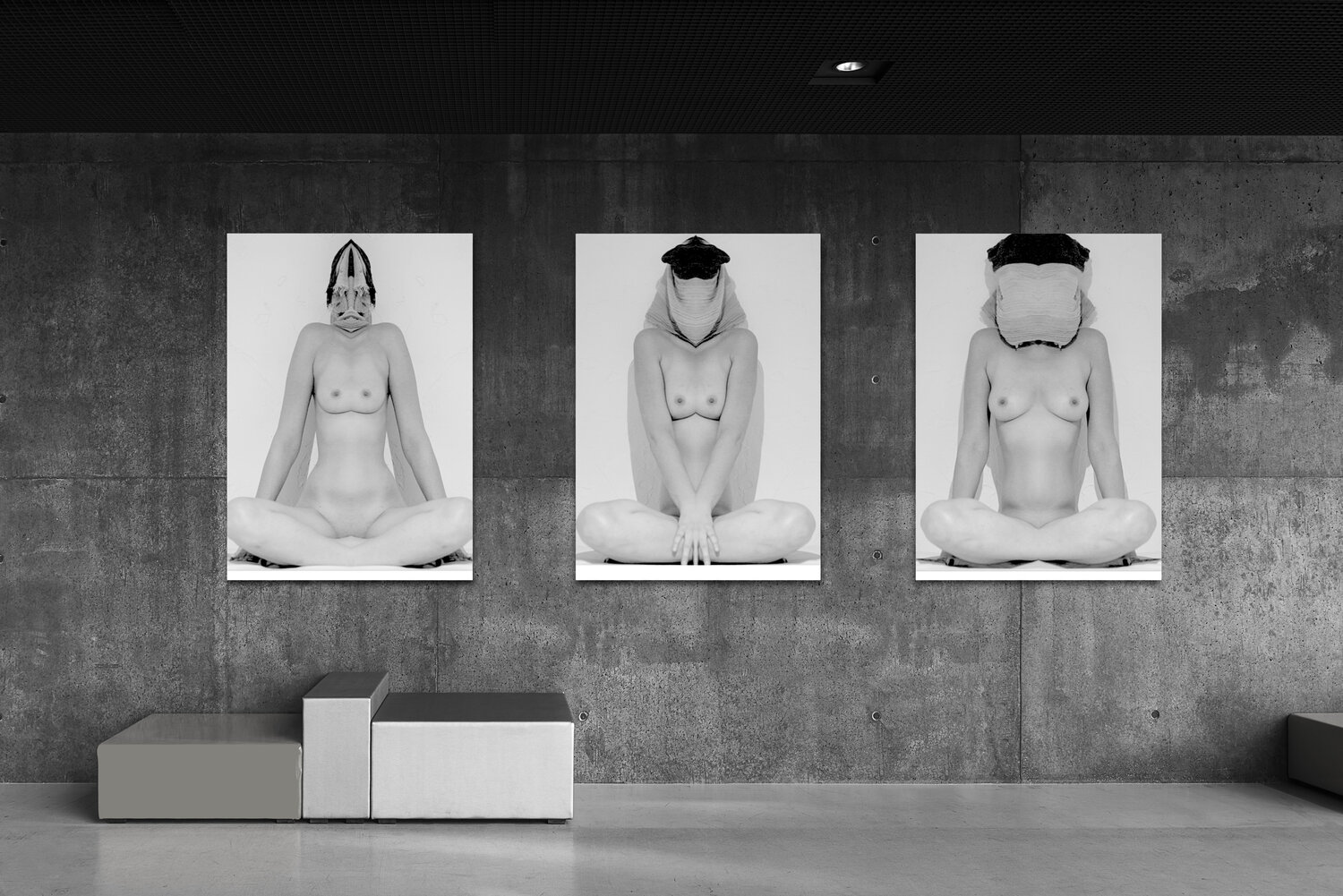