Interview: We spoke with Edmond Luu the founder of Pièces Uniques

Edmond Luu is a French creative and art-director at Dior, a few years ago he started his own Fashion label called “Pièces Uniques“, we had a chat with him about his project and their new collection:

How did you start Pièces Uniques?

It was a school project, at the time I was 19, I managed to collect 3000 euros by tearing jeans that I found in second hand store and to give them a new life, it was at the time when the destroy was really trendy. With this money I told myself that I was going to try on several factories around the world, I had no experience so I started to spend these 3000 euros by launching prototypes in different factories that I had never met; when I think back it could have ended very badly .. I wanted to have my brand with which I could express whatever I wanted.

When we talk about a clothing brand we only think directly of the material object of the garment, but what also interested me was to create the universe around it.

It’s like opening a blank page and starting a story, if I want there to be blue here I put blue, if I want it to be sad at the time of this story, then it will be sad, be a little the narrator who chooses how the characters evolve in this universe.

For me it is important today, beyond being a brand to also be a platform on which we can express our creativity and the one of others, to be a springboard for upcoming artists, to create foundations together and to be able to be the spokesperson for a strong message. It is the energy around all this that interests me today. I am surrounded by people I consider my family, they have always been there to help me and to move forward by my side: Pierre takes care of brand strategy, Bilal is now responsible for the image and production of the content, Christophe, Dylan and Matthieu take care of the logistics, Laura of my sourcing, Marie of the make up on our sets, Charly of the styling. It’s a big family with whom I want to continue this adventure. 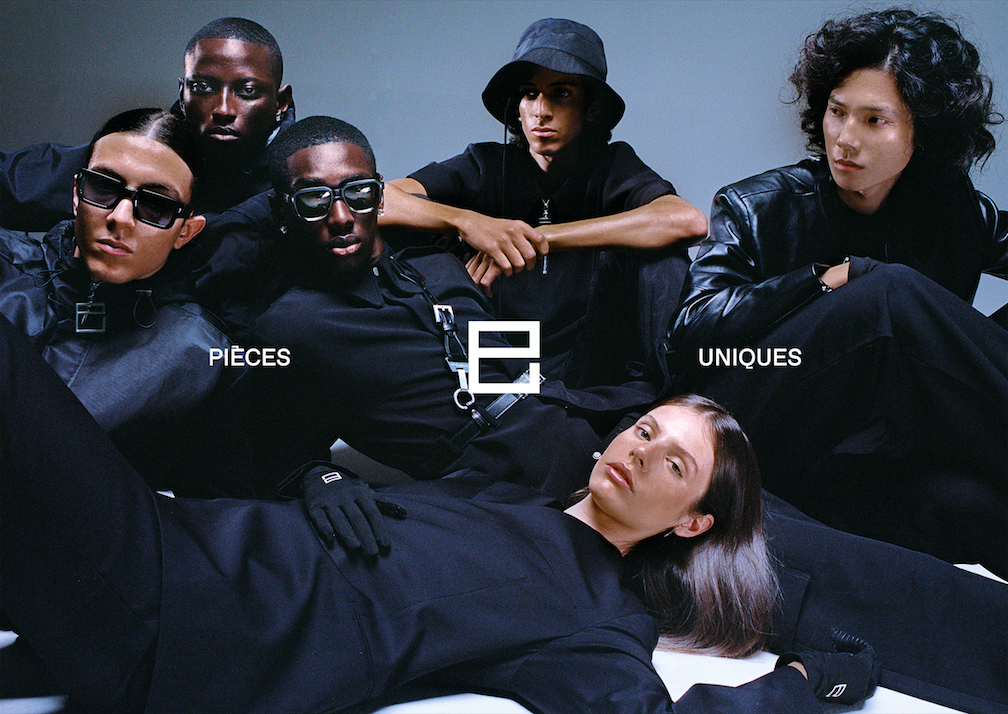 Could you tell us about the creative process, from designing clothes, fabrication, to producing and shooting campaigns?

My creation process is very strange to say the least. For my part I often start with a piece that I like a lot, it can come from a second-hand storie, from an archive but I use a lot of costumes coming from the pop culture. I have already bought cosplay from star wars, star trek or from manga like Naruto, Shingeki no Kyojin, Cowboy bepop etc .. I find it inspiring to turn sketches into reality. And always in the idea of telling a story in which each costume characterizes a character who himself brings his strength in this universe.

The second step is the choice of fabric, for that I am working today with Laura Gabeau Ponté who was in charge of fabric sourcing at Faith Connexion and Celine. I really like to choose my designs in relation to a moment that will pass in the life of each of us, I always wonder why this jacket should be in Crepe, and especially at what point in a man’s life it will be worn, this strongly affects the choice of fabric. Today we work with several factories which are specialists in each of their categories, Suit / Coat, techwear, nylon, Jersey Cotton, hardware, we work with more than 25 factories which bring their expertise in each of their fields.

For the campaign, I expose my ideas, my designs to Bilal El kadhi who is for me the most talented of all directors and photographers of our generation. The relationship we have built with Bilal has been forged over time because we grew up together, lived through hard times but also a great wins and that sharpened our tastes, We were 19 when we started and today we are 25, so obviously we come to a point where there is no more creative debate because we are aiming for a similar direction.

We understand each other quite well, I bring my very dreamlike/dreamy artistic direction while Bilal makes it more down to earth and gives it a deeper aspect which gives campaigns with the right balance.

We never wanted to show the clothes, make packshots, for us it was important to tell a story, that the clothes are the outfits of the characters and be part of the overall universe of the video. We don’t do campaign to sell clothes but rather to touch people’s hearts because it is super important for us to share emotions in what we do. 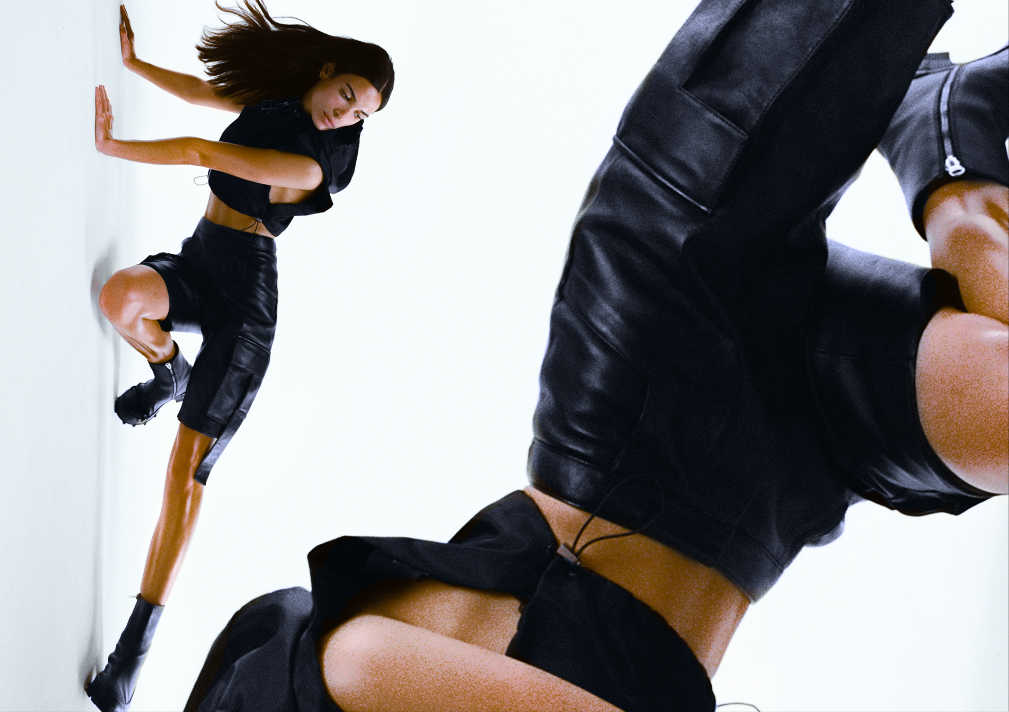 You’re dropping a new collection today which is called “Road to the Moon”, what’s the idea behind it?

This is part 2 of my old AW which was also on the theme of the moon and the sun. If a civilization lived on the moon, who would they be? What pajamas would they wear before sleeping, what would their militia look like? What would their belief be? When it’s cold, what type of jackets would they wear? I wanted to tell the story of the men who live on the moon and what their daily life would look like in several situations. I think you understood that I love telling stories, so I find it fun to tell myself that I can remake the wardrobe of a people living in our Moon.

Road to the moon because we are still on our way to this one, it’s a first step for me, and one day I will get there, if someone has already done it why would I not? And then after the moon there is still our whole solar system, our Milky Way etc. etc. So it is an endless path, without limit. haha 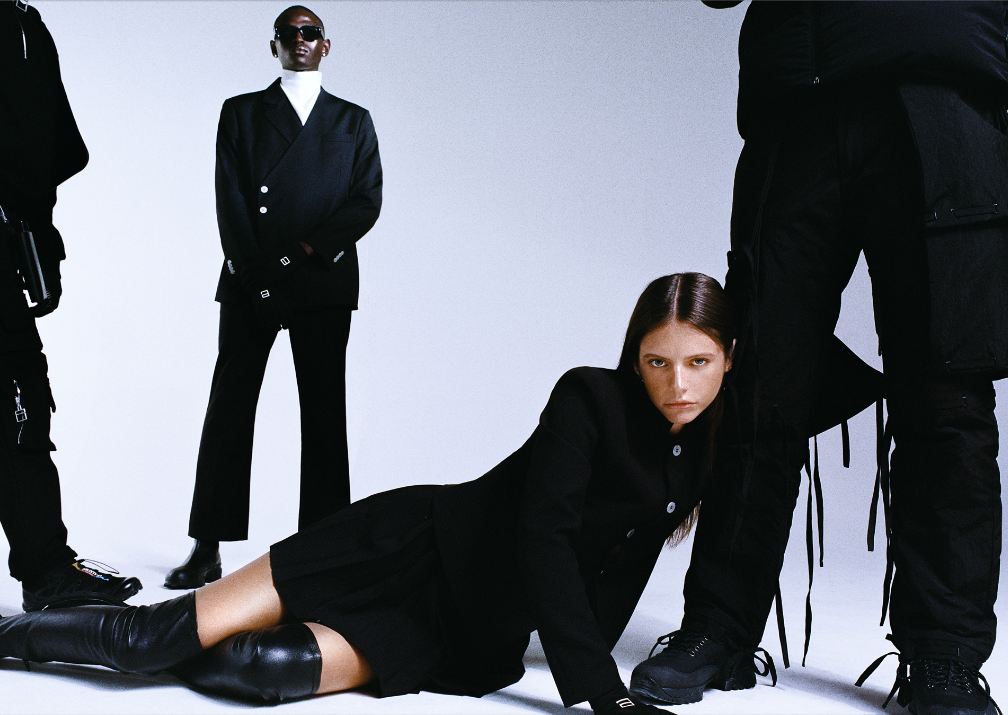 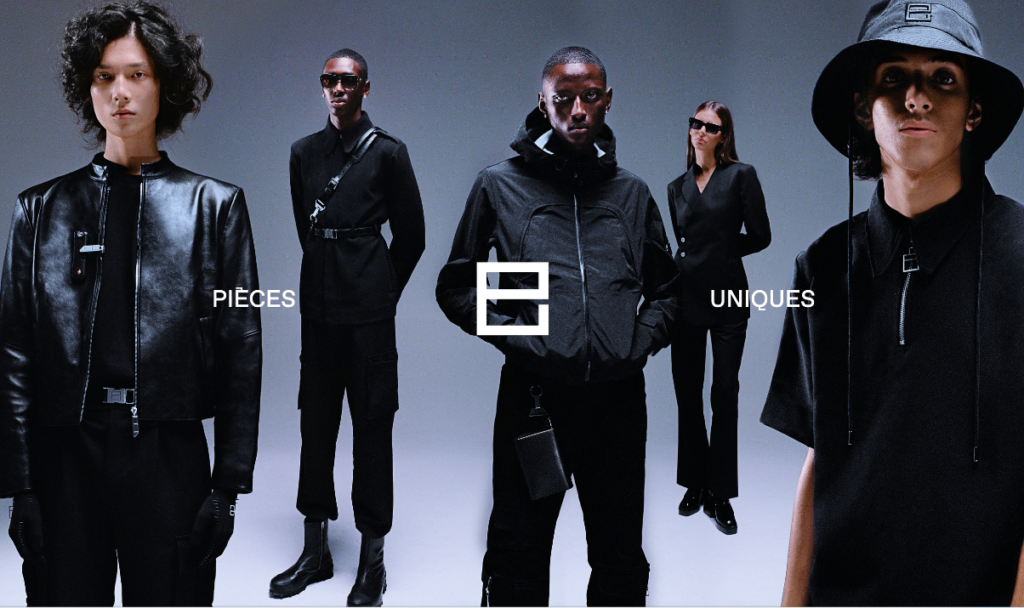 The new campaign is darker, more minimalist, what’s the reason of this new artistic direction?
At Pièces Uniques, spring-summer is colorful, pop and joyful, but autumn-winter is neutral, dark and sometimes nostalgic. 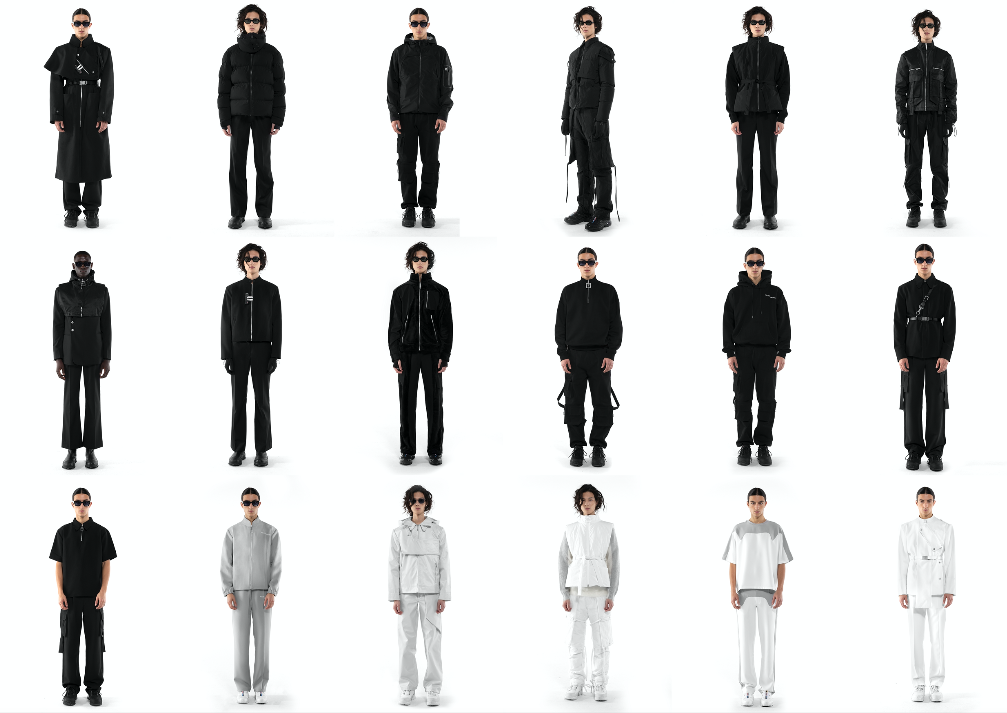 Which advice would you give to the young people who want to start their own fashion label?
I will give a very down to earth answer and not a super inspiring sentence because I think it is important to clarify some things: Have a clear idea of what you want, analyze who could be your target. Do not think about the money you can make but rather how the money could be spent and make you happy in what you are going to create. Love what you do, because the energy you give to your product will be communicative and will carry it towards success. 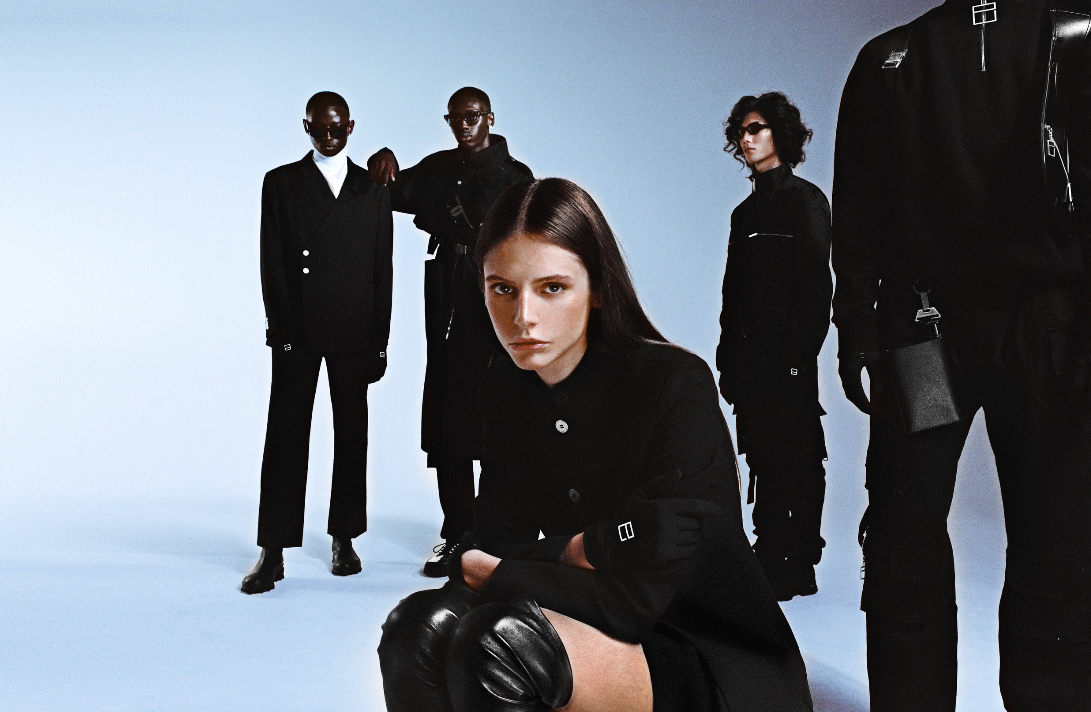