He’s one of our favorite photographer, check out our interview with Nguan …

Could you introduce yourself, your background, where you live, where you’re from ?

My name is Nguan and I’m a photographer from Singapore. 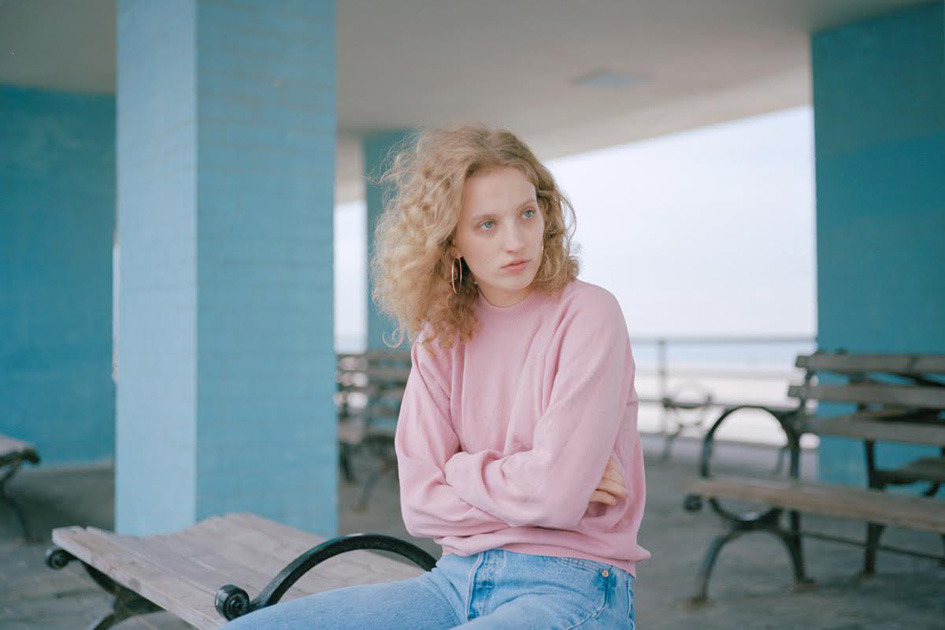 Yes, I still have it. I took it with a point & shoot during a family trip to California when I was seven or eight years old. I didn’t hold a camera again until a film production class in college when we were each handed a Nikon. I had no idea how to use it; a classmate with short blue hair named Mary had to show me how to load the film. 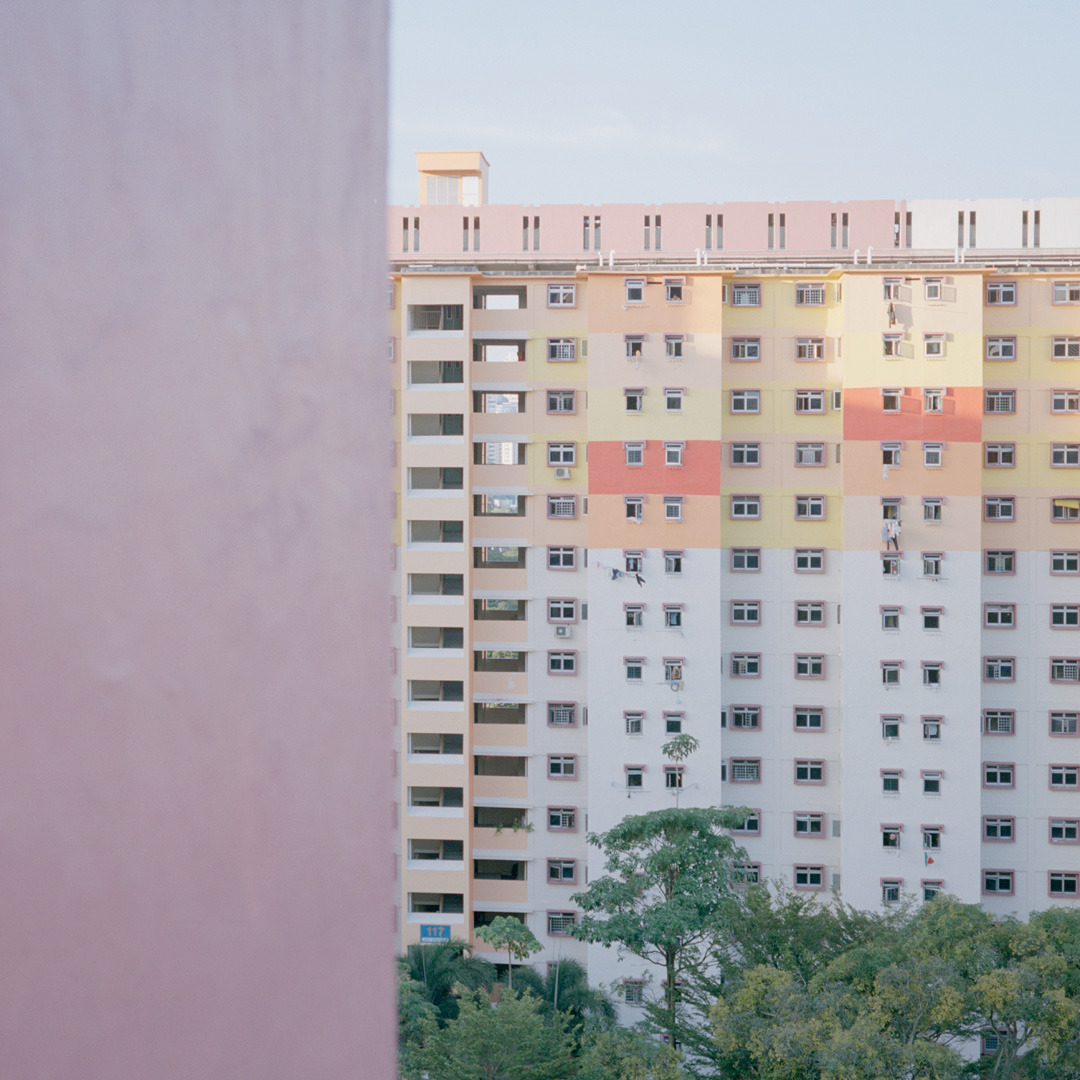 When did you get serious about photography ?

I moved to New York after college, thinking that I might make movies. One afternoon there was a sudden snowstorm. Because it was so unexpected, the street was packed with people scurrying in shin-high snow. I ran outside with my video camera, only to find that I didn’t have a cassette loaded, so I put the camera to still mode instead and began to shoot. I was kind of bummed that I didn’t capture any video, but when I saw the images later I thought, maybe it’s more interesting that the pictures aren’t moving. Maybe it’s more startling to see time unmelted, instead of flowing. 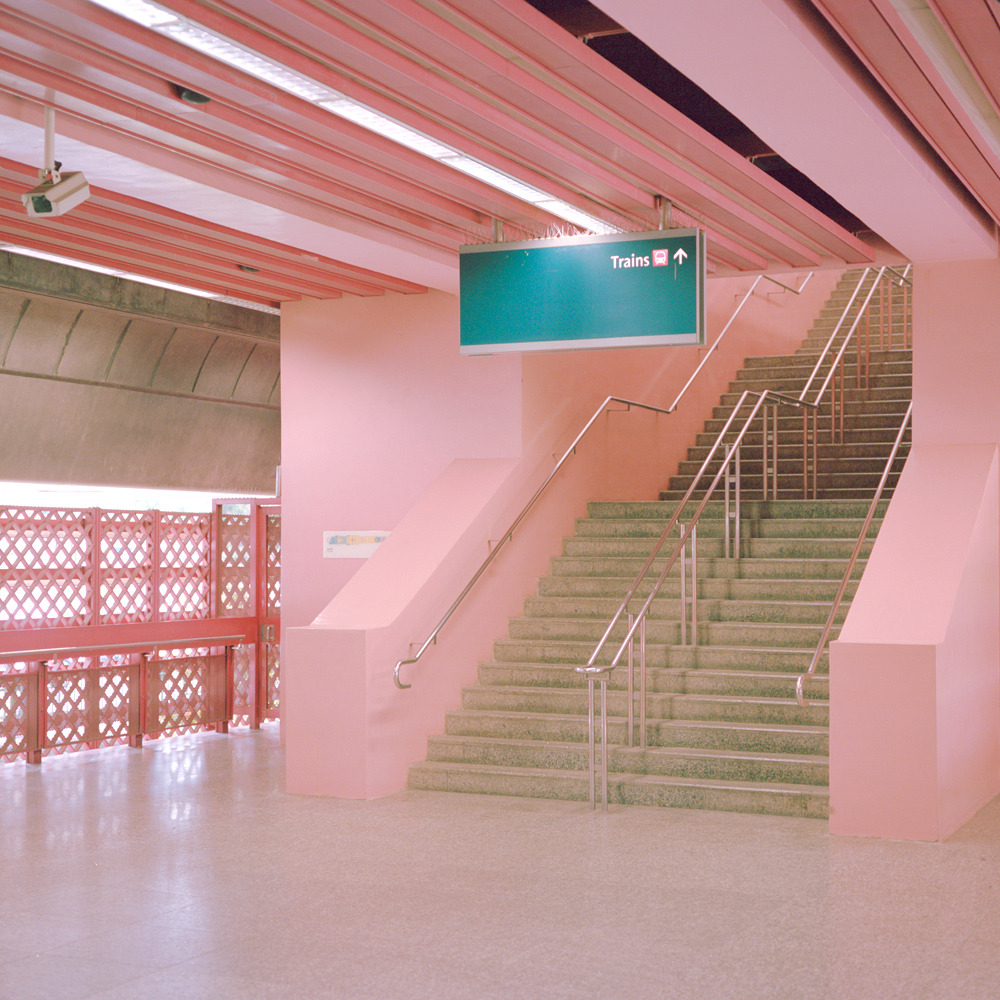 Since 2007 I’ve used a 6×9 Fuji medium format rangefinder. It’s rather indiscreet: it makes a loud “pop!” every time I take a picture. Sometimes the “pop!” helps me out, because someone would hear it, turn and look directly into my camera. I’ve become so used to the camera that by now it feels like an extension of my hand. Unfortunately it has a leaf shutter that must be overhauled after every five thousand shots, and Fuji no longer offers the service. So I have a cabinet filled with these cameras that I’ve retired from active service. Recently I pushed my luck and used a camera beyond five thousand shots. It seemed fine at first, but one day all my negatives came out blank. 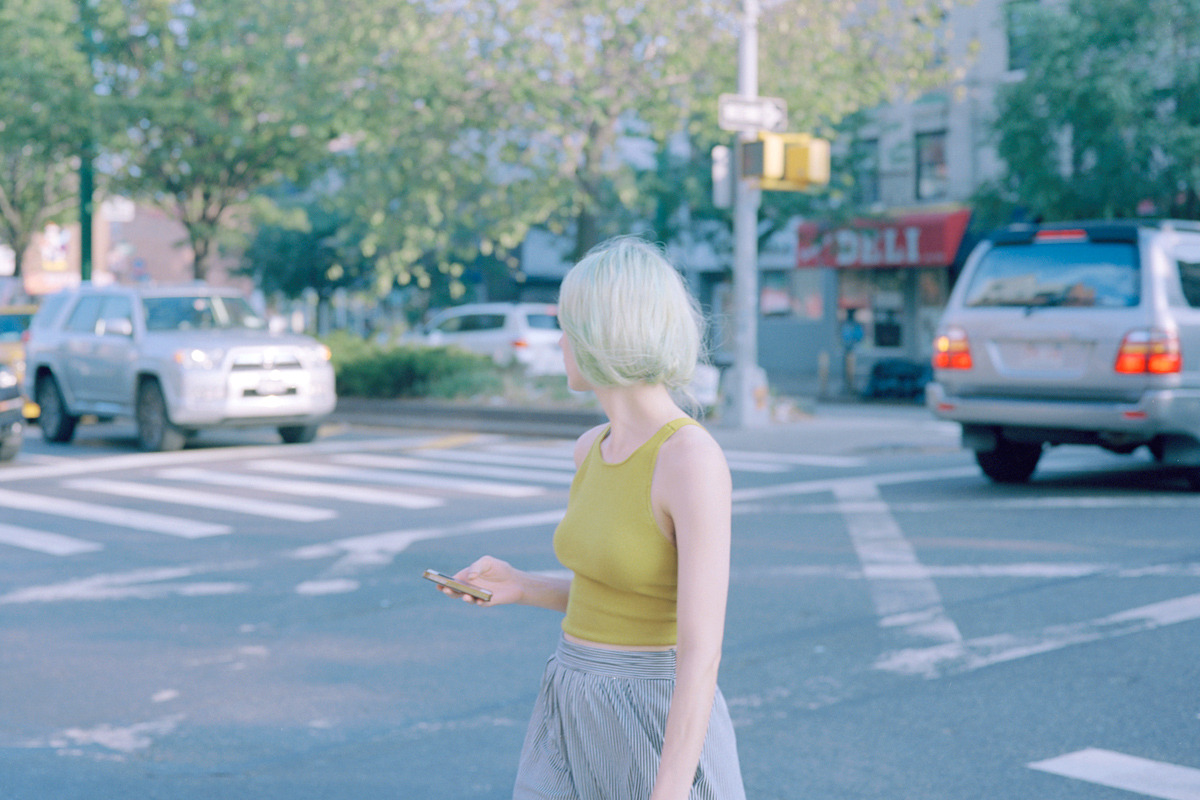 Your pictures are very graphical, and look almost sometimes like painting, do you have a secret technique to get such a render ?

I only work with natural light, so it’s mostly about learning to recognize a certain quality of light, letting that light interact with the unique properties of film, and experimenting with exposure. You won’t find me shooting whenever the light outside is harsh or lifeless; I’d rather be doing my laundry or something. I don’t use any preset filters – I work on each individual image in Photoshop after scanning it. Sometimes it takes three minutes to massage a picture into shape, and on other occasions it takes two hours. But all the post-production in the world won’t rescue a picture made in bad light. 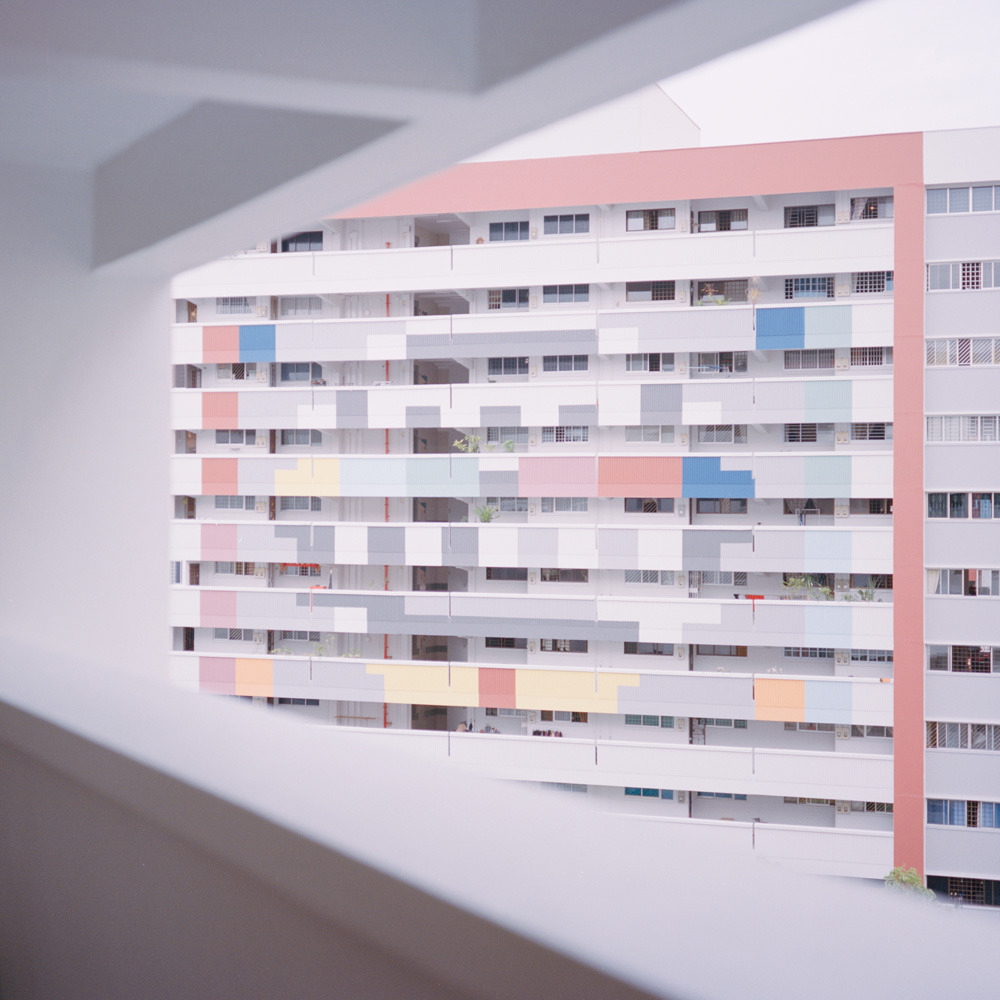 How would you describe your aesthetic ? 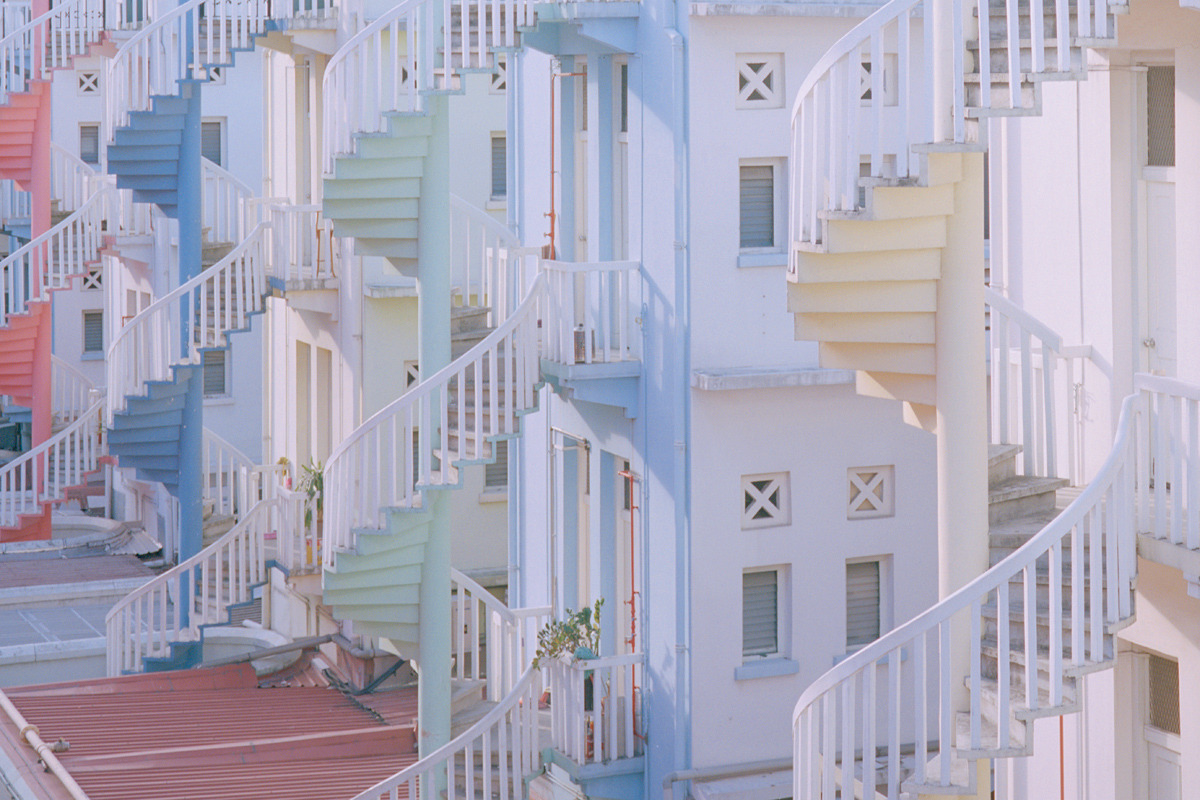 You just released a new book called “Singapore”, could you tell us about it ?

For the past ten years I’ve been working on a sprawling, ambitious portrait of the place where I grew up and live. This book is the culmination of that work. I’ve paid a lot of attention to the sequencing of the pictures; I want the visual rhythms in the book to add structure and meaning to the work and provide a genuinely surprising experience to even the most jaded of eyes. I realize that many viewers are familiar with my pictures from social media and I use that to my advantage – you might have heard these songs, but not in these arrangements. 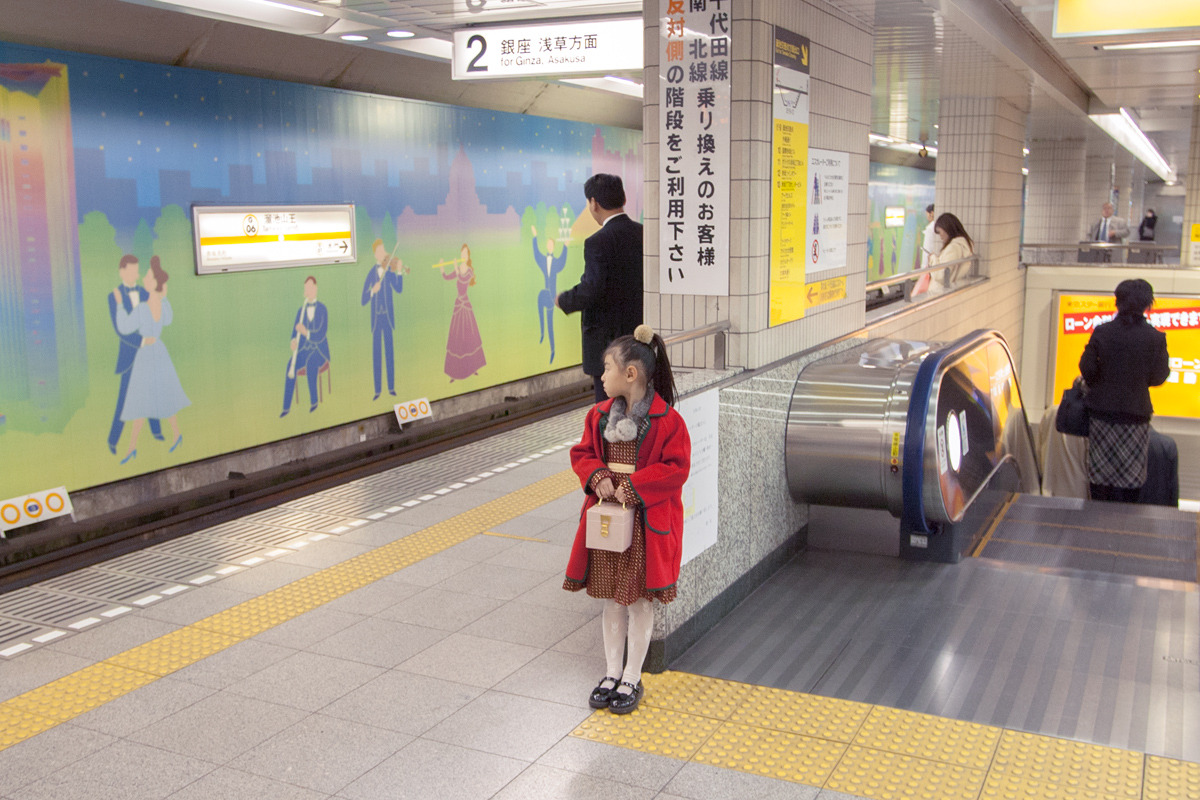 Aside from photography, what are your hobbies/passions?

Music. Listening to music, not making it – the whole process of creating music remains an utter mystery to me, and I’d like to keep it that way. I love many genres of music, though I’m especially pleased with my collection of Japanese releases of albums by female American jazz vocalists. I also have thousands of live concert recordings on cassettes. I used to trade tapes with folks from all over the world. We’d send each other lists of our collections, and one of us might say, “I want six of your recordings, what would you like from my list?” Then we’d dub the cassettes for each other – in real time of course, because the quality is better — and send them off, hoping we’d get what we asked for in return. I have great faith in the essential soundness of people as well as the postal system, because I always got my tapes. 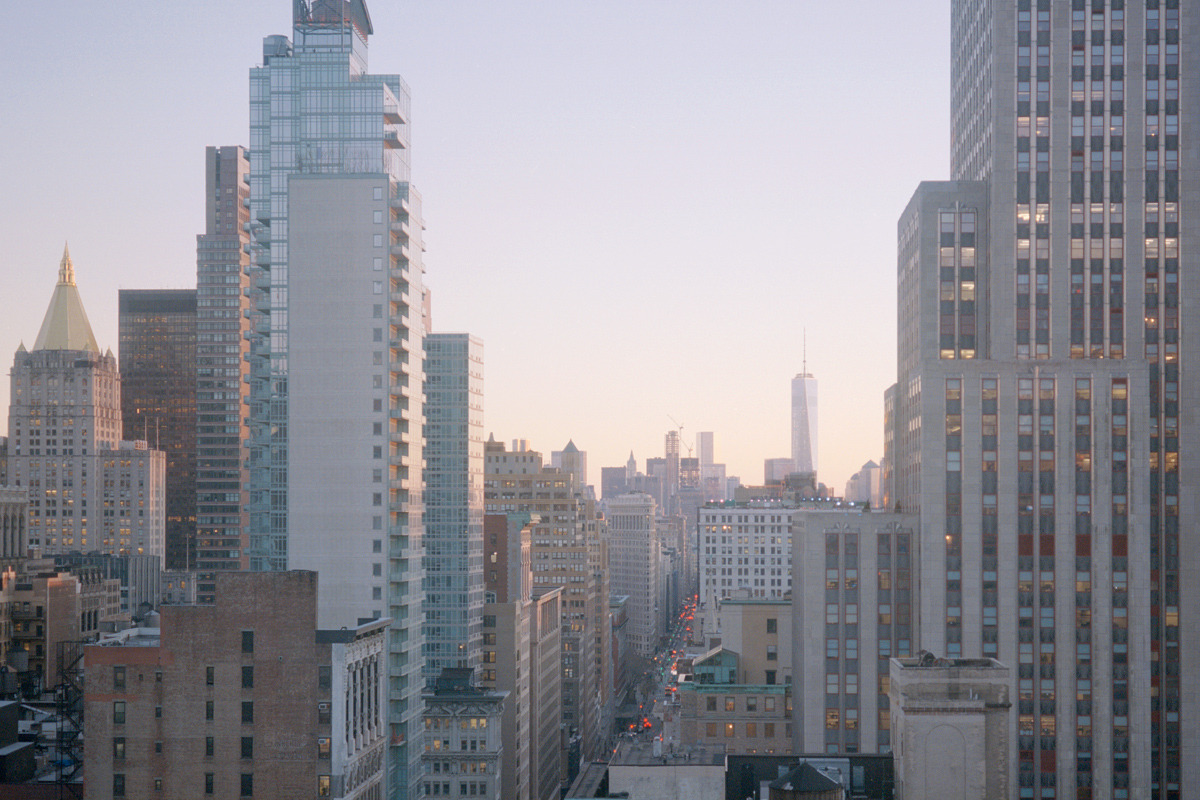 On a typical saturday night, where can we find you ?

In my studio, working on my images. I’m bored to tears in Singapore, but winter is near in all the other cities that I love, so I’ll stay put for now – bored, in tears, but warm.

Can I just recommend a bunch of songs that are on Youtube? Check out Joni Mitchell’s  “Just Like This Train“, which contains these tiny observational details that bring to mind the tropes of classic street photography. I love Lucinda Williams’ “Side of the Road“, which is about being content in a relationship but still craving your own space. The peerless Sarah Vaughanwas my dad’s favourite singer – here she isexpressing a rather different sentiment from Lucinda. 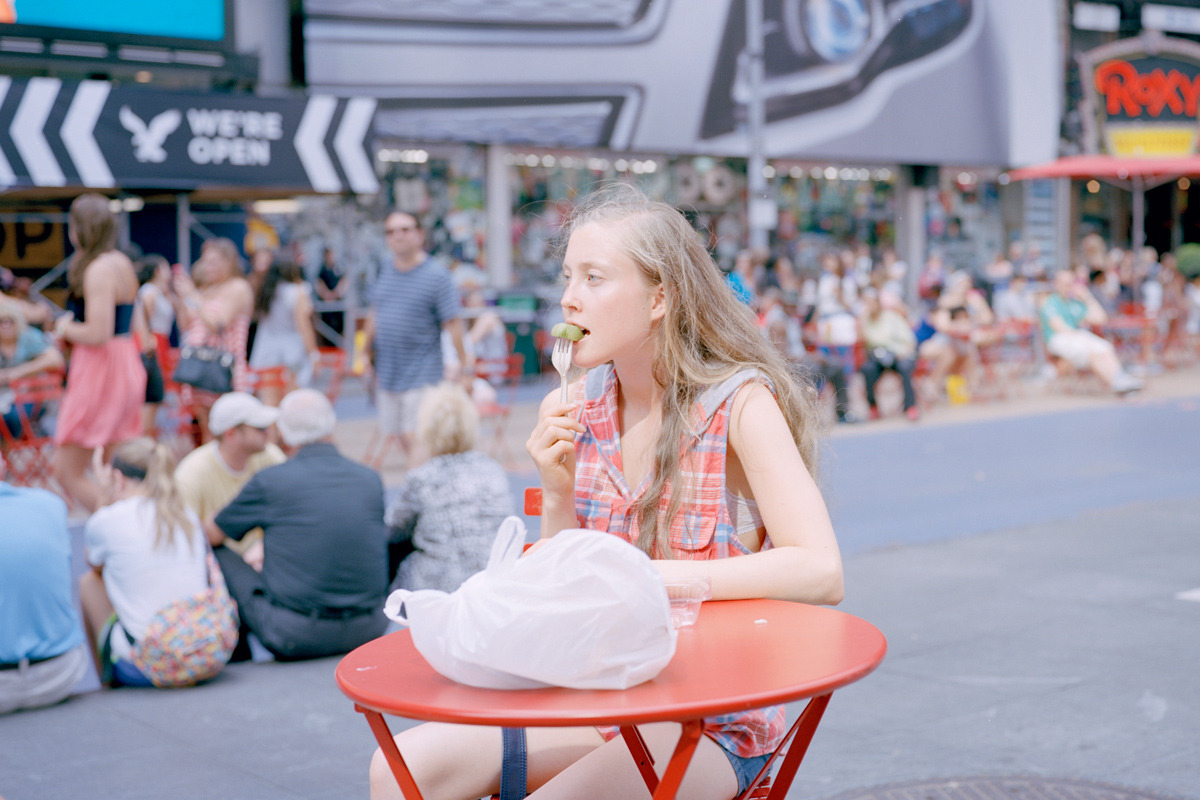 What is your biggest source of inspiration ?

Yearning – a desire to be in some other place or time, or in someone else’s shoes. Isn’t that also the theme of your magazine? If I can mention another song, I love “Can’t Be Sure” by The Sundays, especially the line, “did you know desire’s a terrible thing/But I rely on mine.” It’s great that Harriet Wheeler sings without neutralizing her accent. Speaking of which, you must hear Diana Ross in this clipof The Supremes performing “You Can’t Hurry Love” on the Ed Sullivan show – I think she was being quite radical. 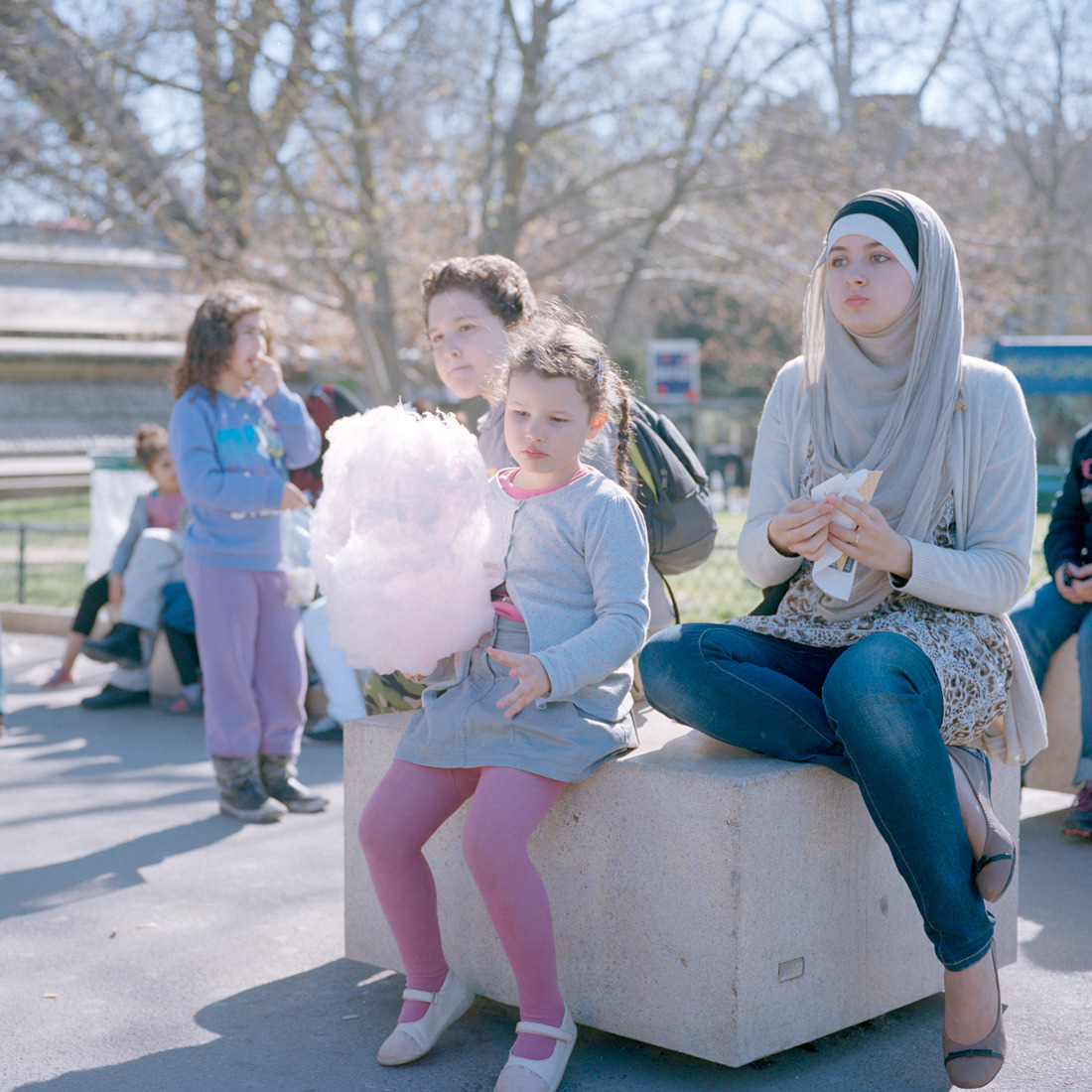