From art to geopolitics

This year chronicled the 23rd edition of Paris Photo, which took place 7-10 November at the historic Grand Palais in the French capital, the largest international photography fair that nurtures and supports photographic creation since 1997. Produced by BMW Art & Culture, official partner of Paris Photo and patron of photography since 2003, this year’s winner of the BMW Residency at the GOBELINS Studio of Visual Arts is Émeric Lhuisset and presents us his L’autre rive, an exhibition that continues his reflection on war and refugees. The images and the scenography are chosen and proposed by the photographer under the artistic direction of François Cheval. 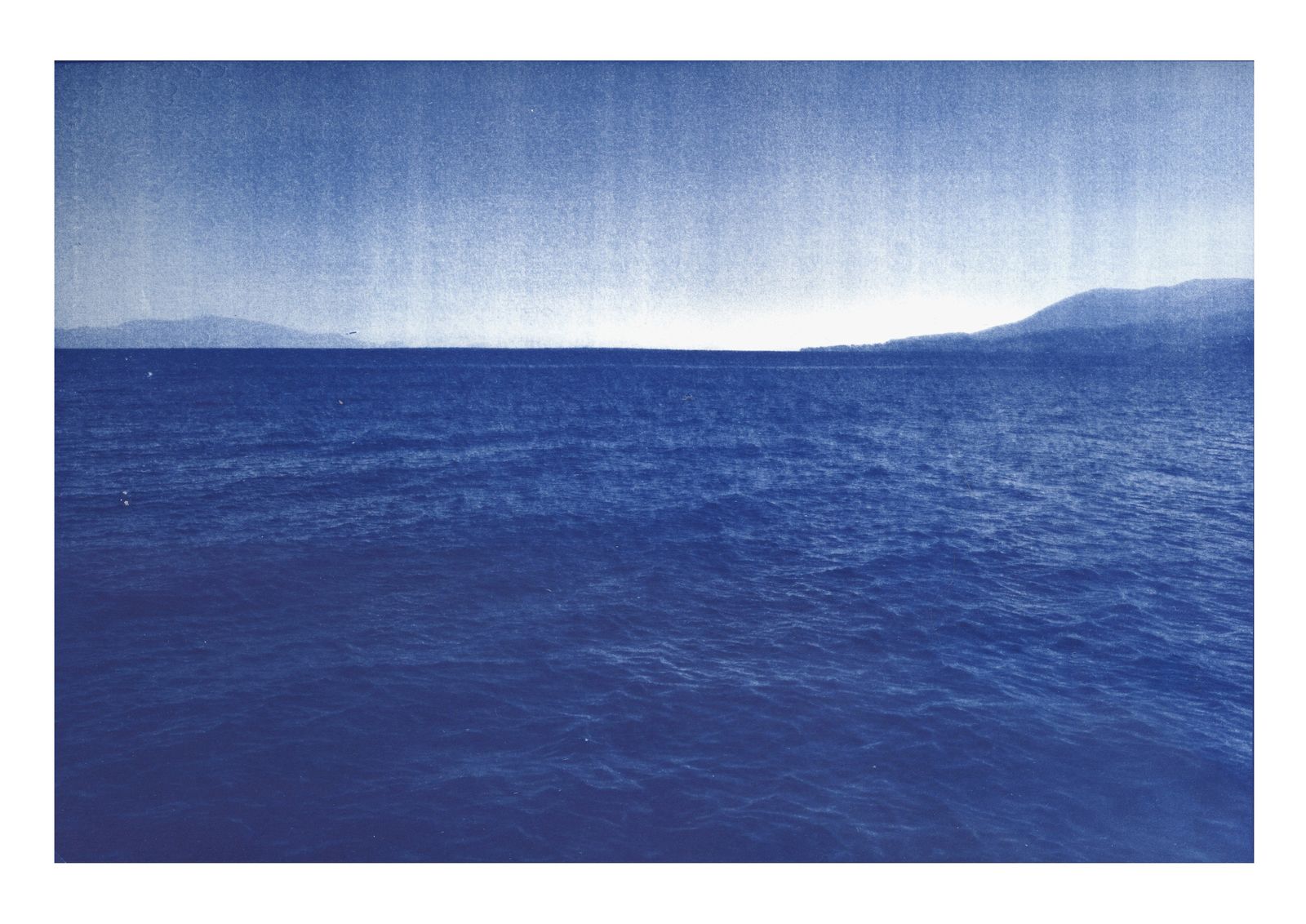 Educated and possessing degrees in art and geopolitics (Ecole des Beaux-Arts de Paris – Ensba; University Panthéon-Sorbonne / Ecole Normale Superieur d’Ulm – Center for geostrategy), the French-born photographer, besides his art practice and having his work shown in various exhibitions worldwide, is a professor of photography at Science Po Paris and leads conferences on the theme “contemporary art and geopolitics”.

“The world is never seen as it truly is. This makes the photographic act the most common of illusions. That which common mortals do not know is included in the rules that we accept unanimously on a daily basis. In contrast, for those who make photography their profession, by vocation, the time that it provides and the means that it grants, besides any commercial or institutional determination, constitute the rare substrate necessary for creativity.” 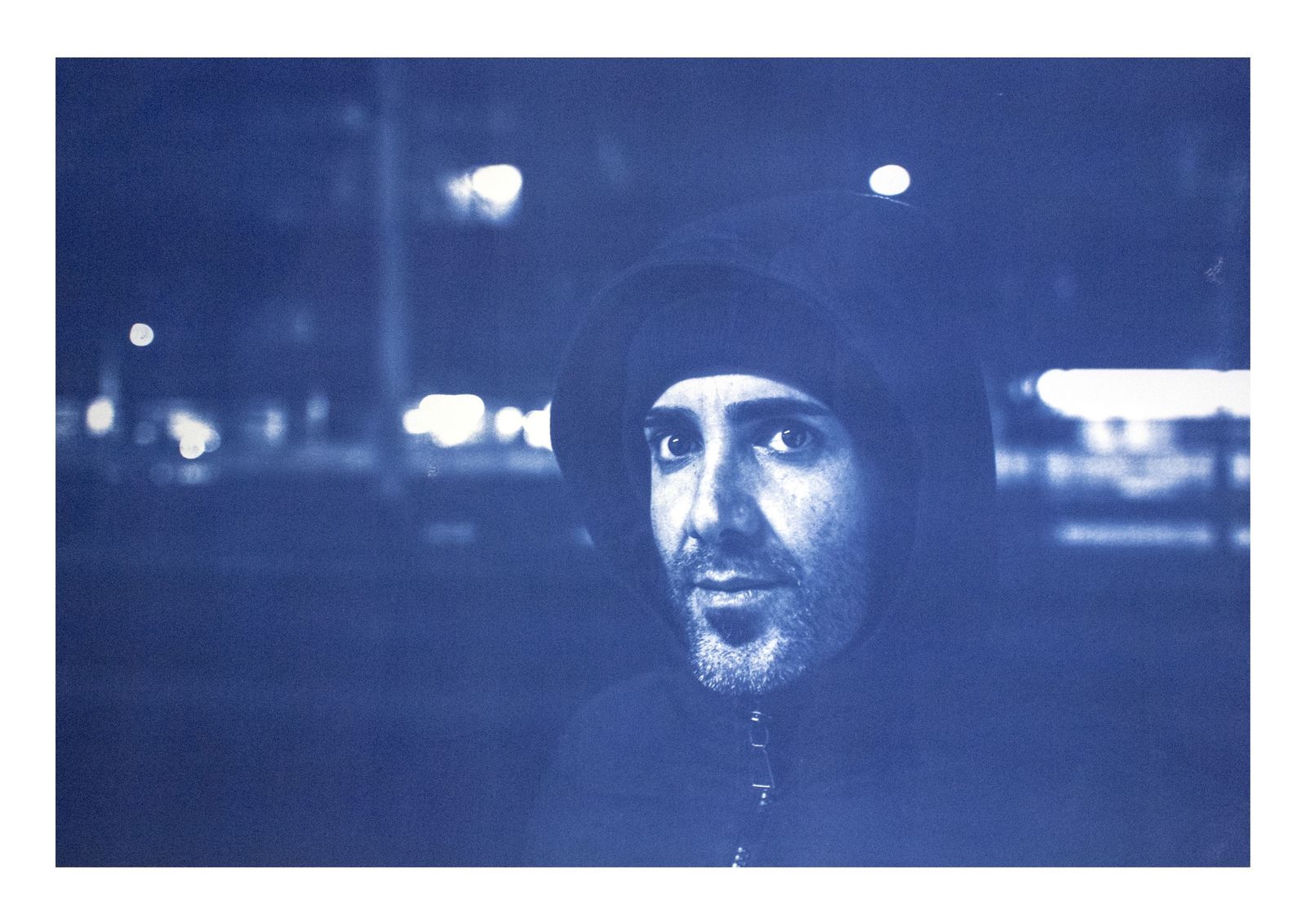 During the BMW Residency at the GOBELINS School of Visual Arts, Lhuisset was able to complete his project, through which he explored the western world’s perception of refugees, with the help of the people he chose to work with that have become refugees but who he previously met in Syria and Iraq.
The Hahnemühle paper mill, founded in 1584, was also the partner of the BMW Residency for this project and allowed Lhuisset to experiment on its papers, some of which were used for the Cyanotype prints. 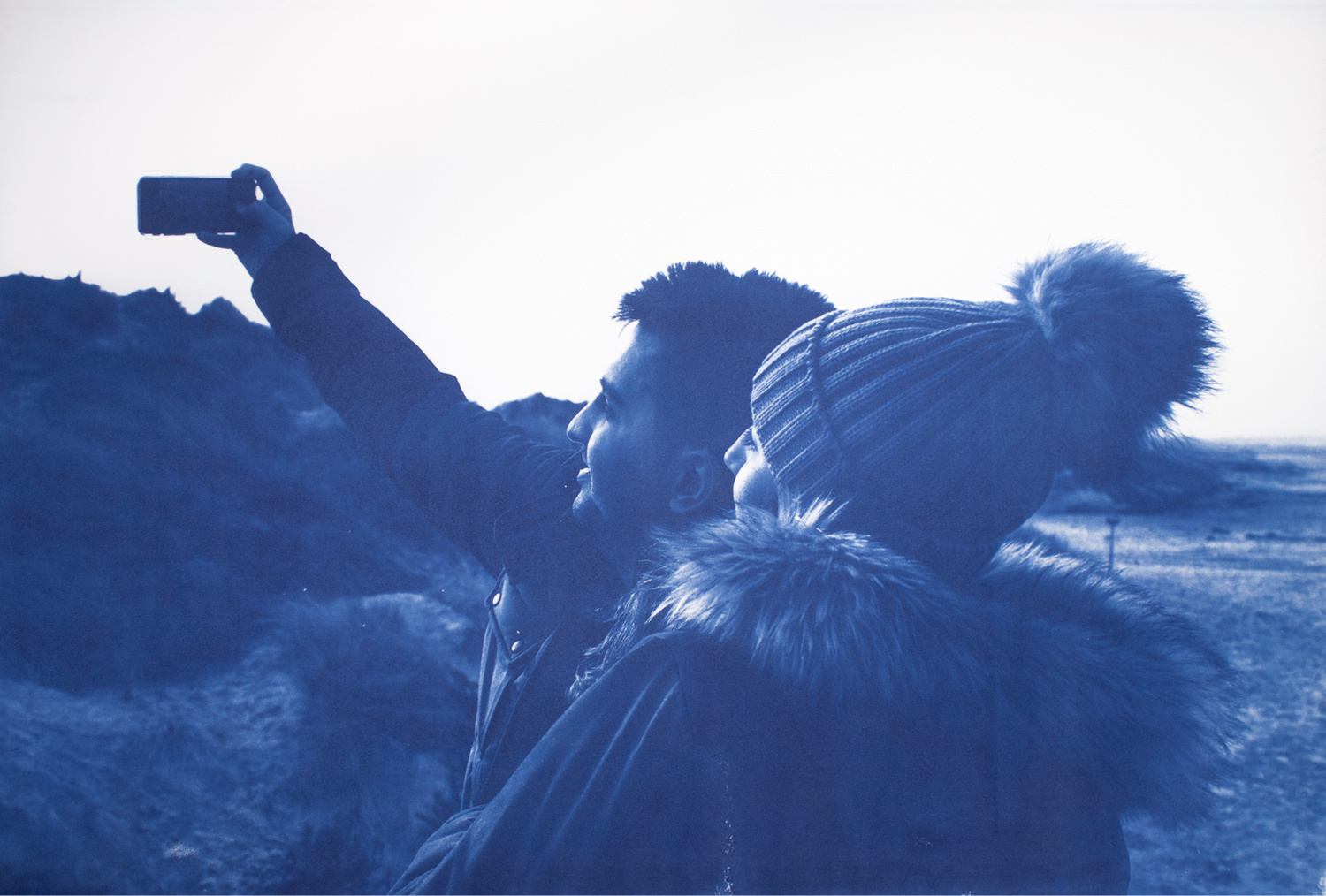 At the exhibition, Émeric displayed images from his series Théâtre de Guerre (Theater of war), in which Kurdish women and men soldiers reenact their reality in dramatizations inspired by classical compositions. Then, a range of images follows, showing these same women and men a few years later as refugees after having fled overseas, in search of a better life. Most of the people he’s portraying became friends and they kept contact over the years via Facebook and Whatsapp. Eric Lhuisset does not support the way refugees are treated in Europe by people and media and requests the change of perception: from heroes to pariahs. The exhibition is dedicated to his friend Fouad who disappeared in the Mediterranean sea trying to reach Europe on a boat from Turkey. 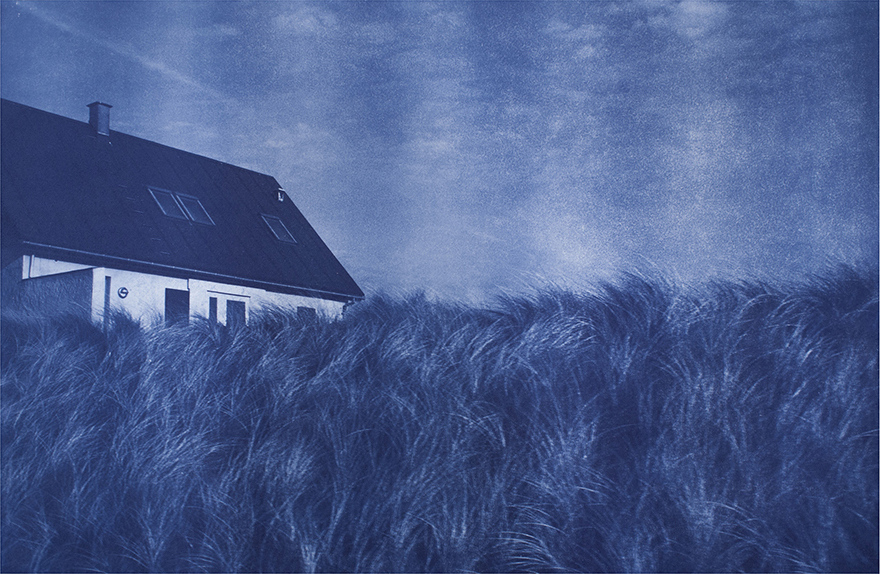 The photographer chose to work with an old photography technic called cyanotype, as for its blue rendering – blue representing the color of the aforementioned sea where so many vanished, but also as the color of Europe.
At the exhibition, the public also had the chance to see a video produced by Clothilde Royer, who followed Émeric during the production of his work, within the framework of the means of transmission jointly decided by BMW and GOBELINS. 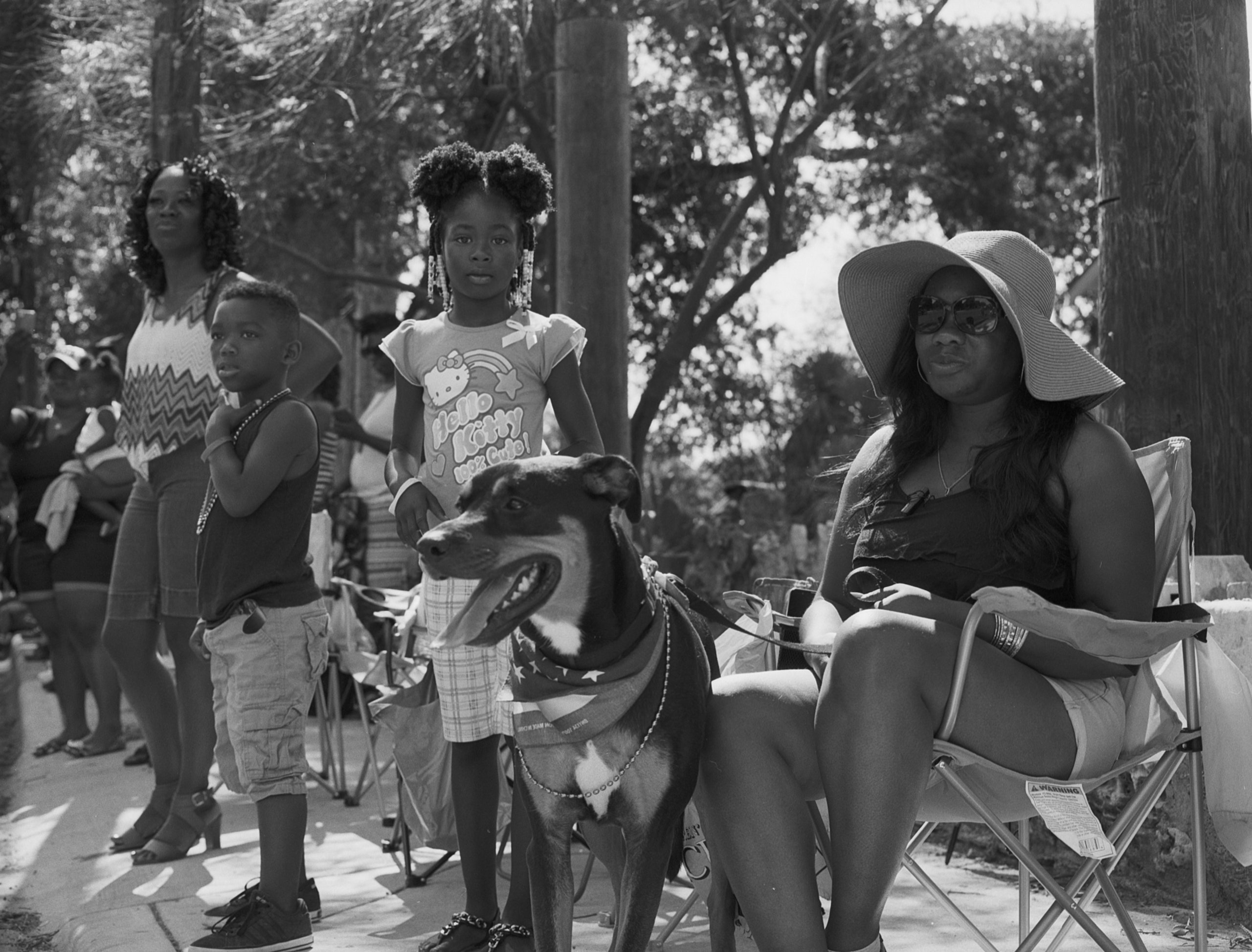 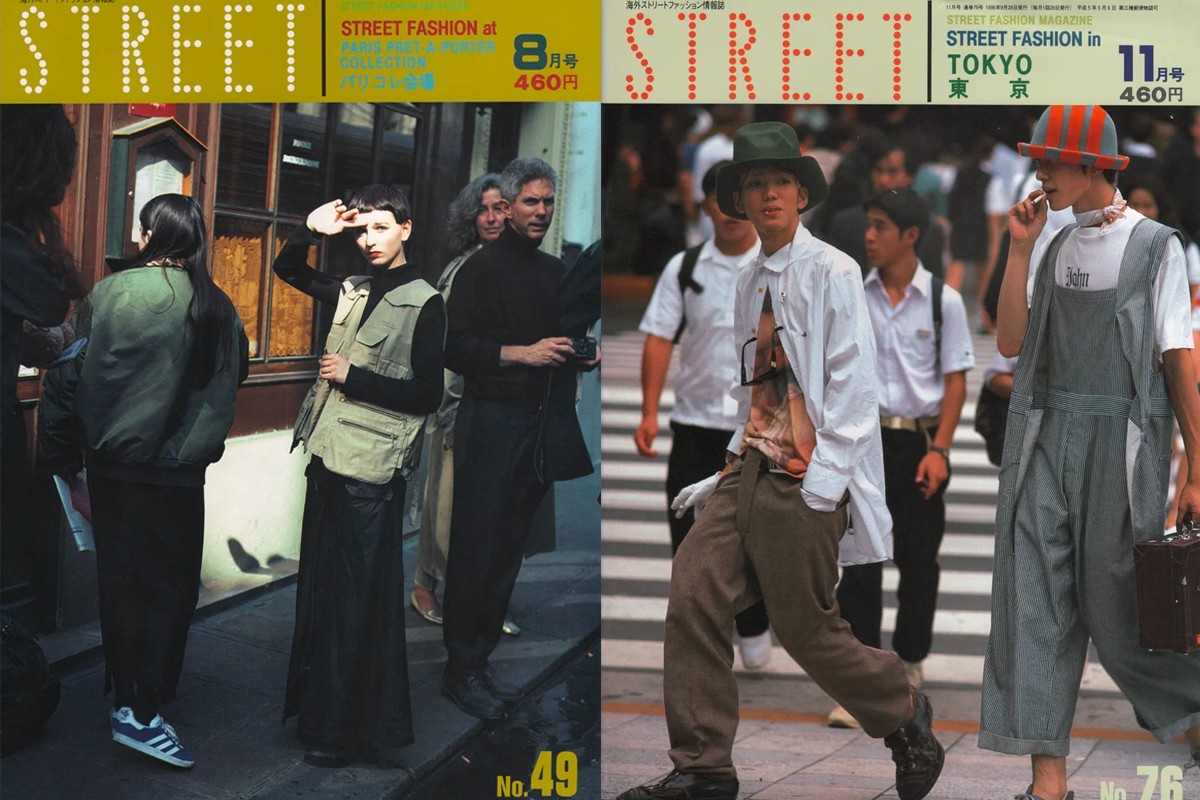 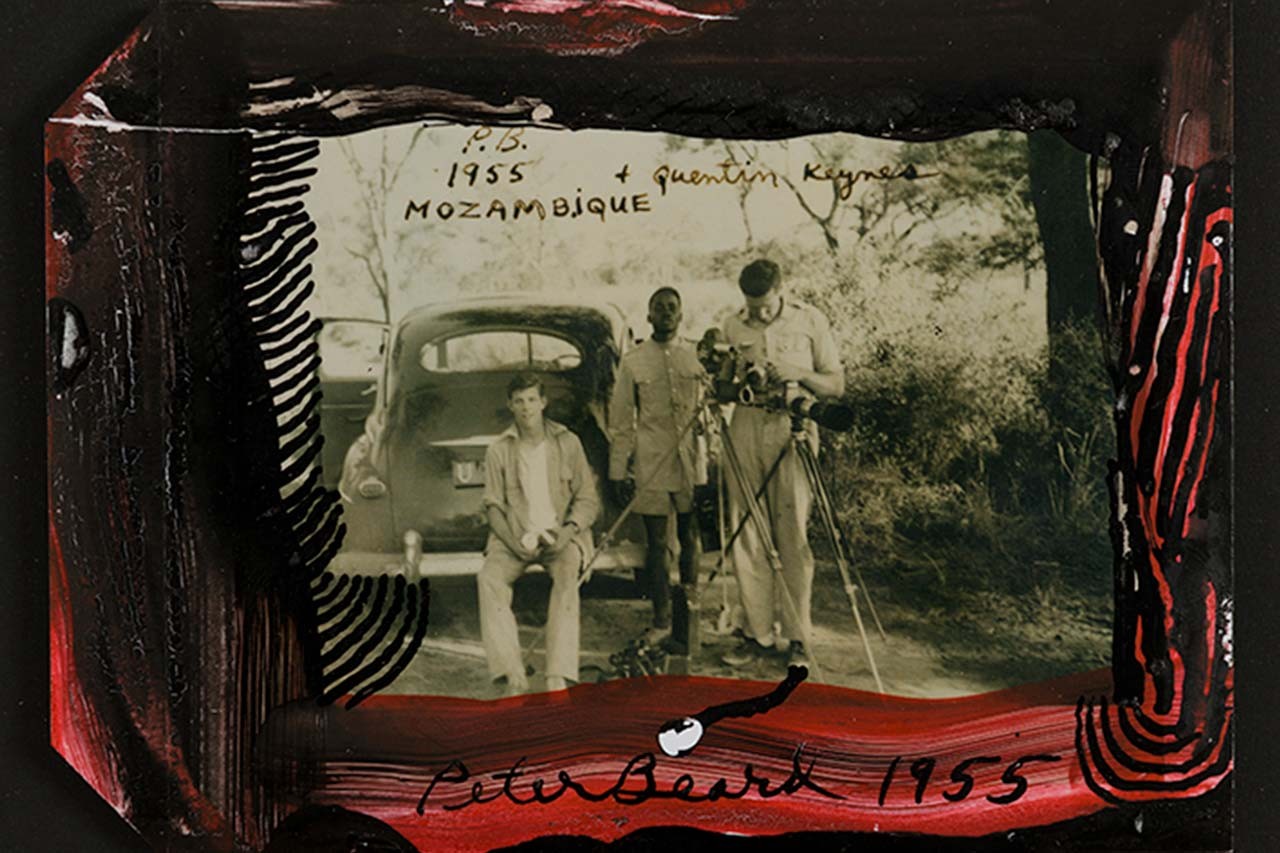