Breaking from the biographical narratives that entwined his earlier work, Delaney Allen’s ARTIFACT revels in fabrication. The collection of photographs and objects on view read like the exoticized findings of an anthropological survey. However, the works also remain firmly tethered to the artist’s obvious structural manipulations and singular imagination. Allen, in this manner, straddles the seemingly oppositional roles of both the discoverer and the other.

Within this dichotomy, Allen favors abstraction and disguise to further blur the lines between fact and fiction. His landscapes immediately recall such familiar locales as the California desert or the Pacific Northwest rainforest. However, his use of dramatic lighting and tight compositions question such easy readings by casting an otherworldly effect upon the familiar. The faces of his subjects are similarly hidden or blacked out. Within his eerie settings, they appear like aliens caught by chance upon the camera’s lens. Allen’s portraits meanwhile function as evidence of a new culture for which we do not yet understand the visual codes. Inspired by art historical portraiture, his subjects often assume a seated position of power while their colorful costumes hint at ceremonial importance. As with every work displayed, Allen avoids the naturalistic within these photographs, understanding that the fragmentary and the mystical best embody a spirit. 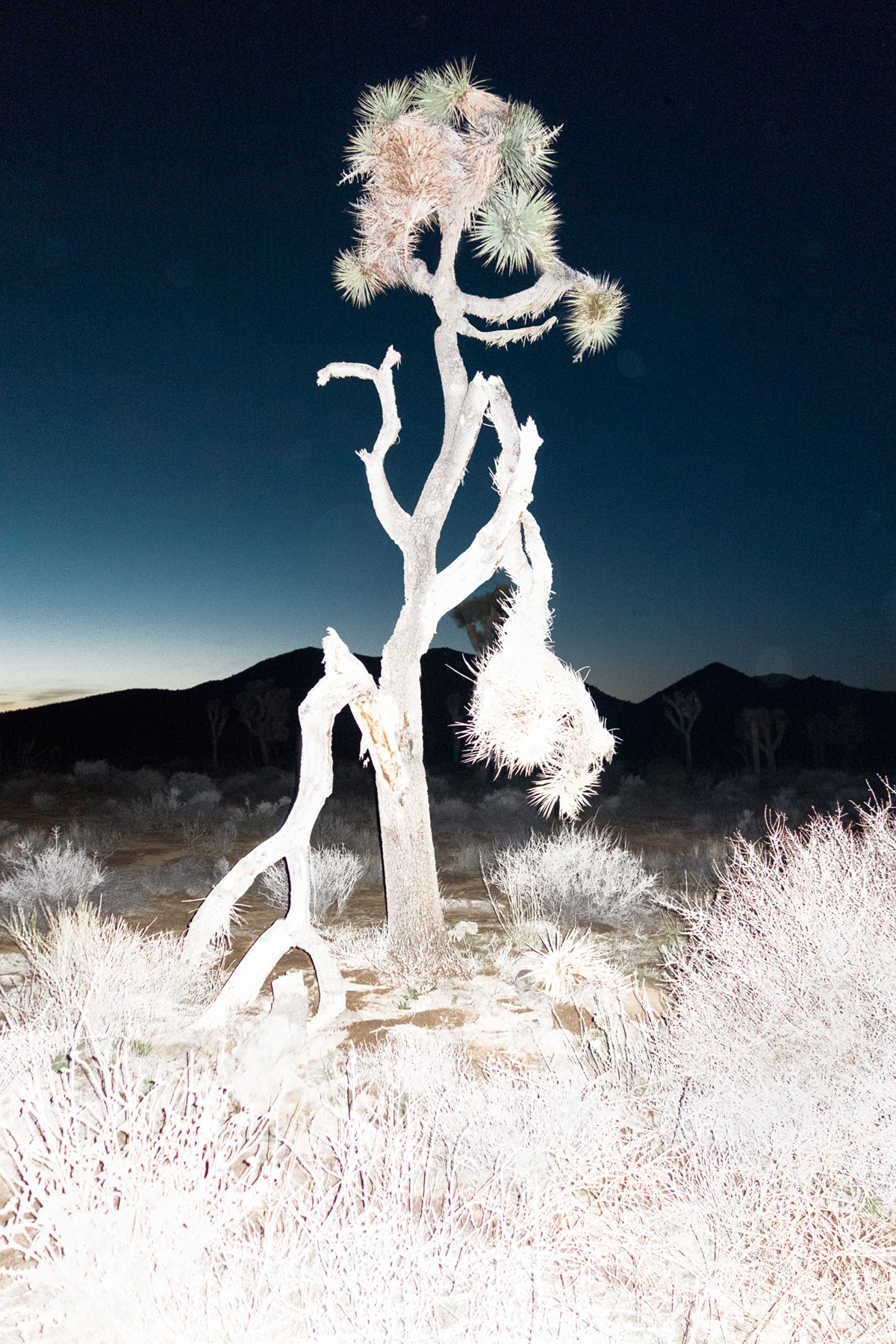 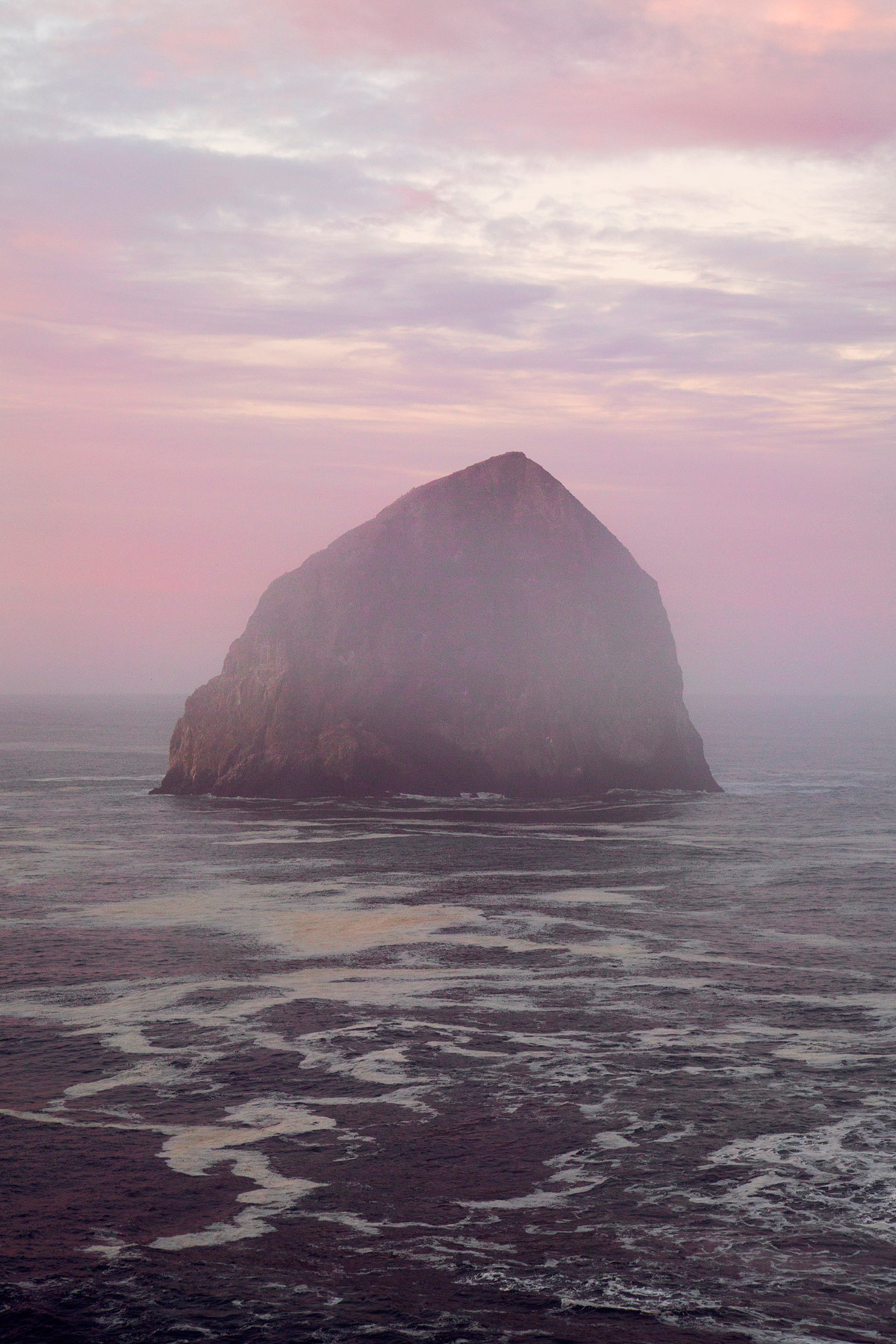 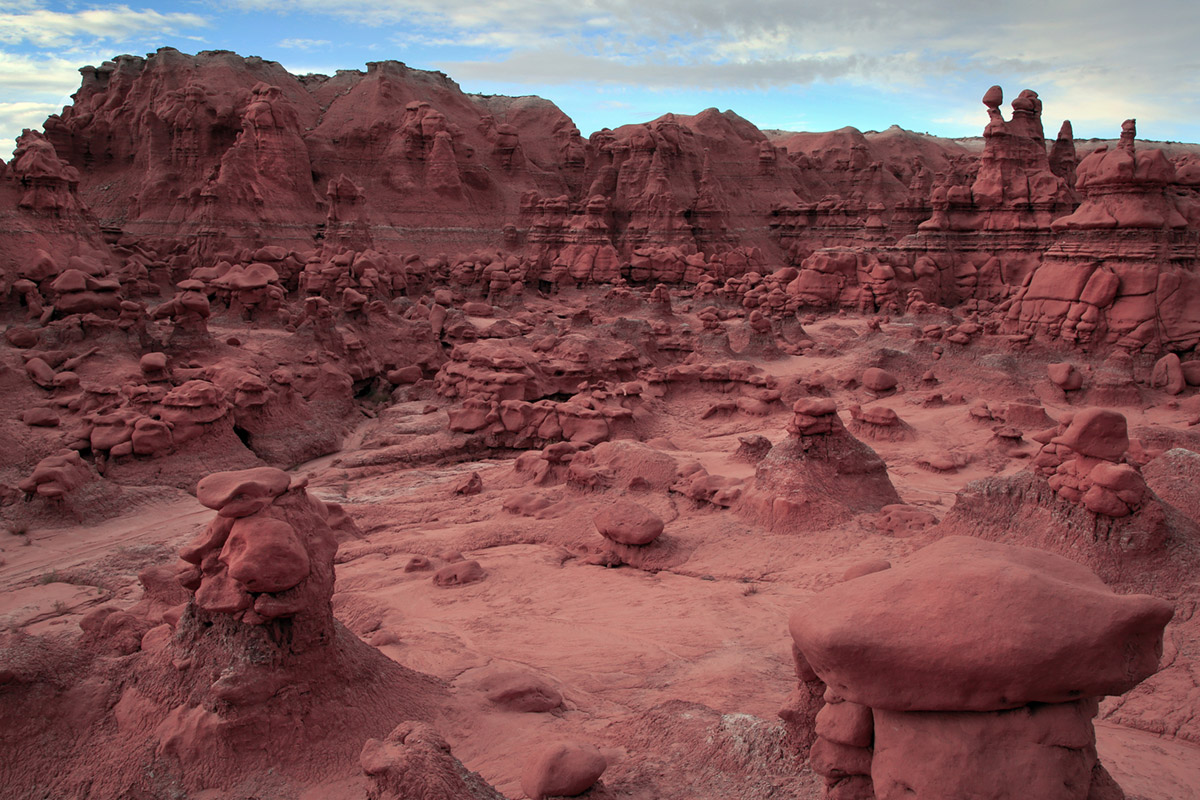 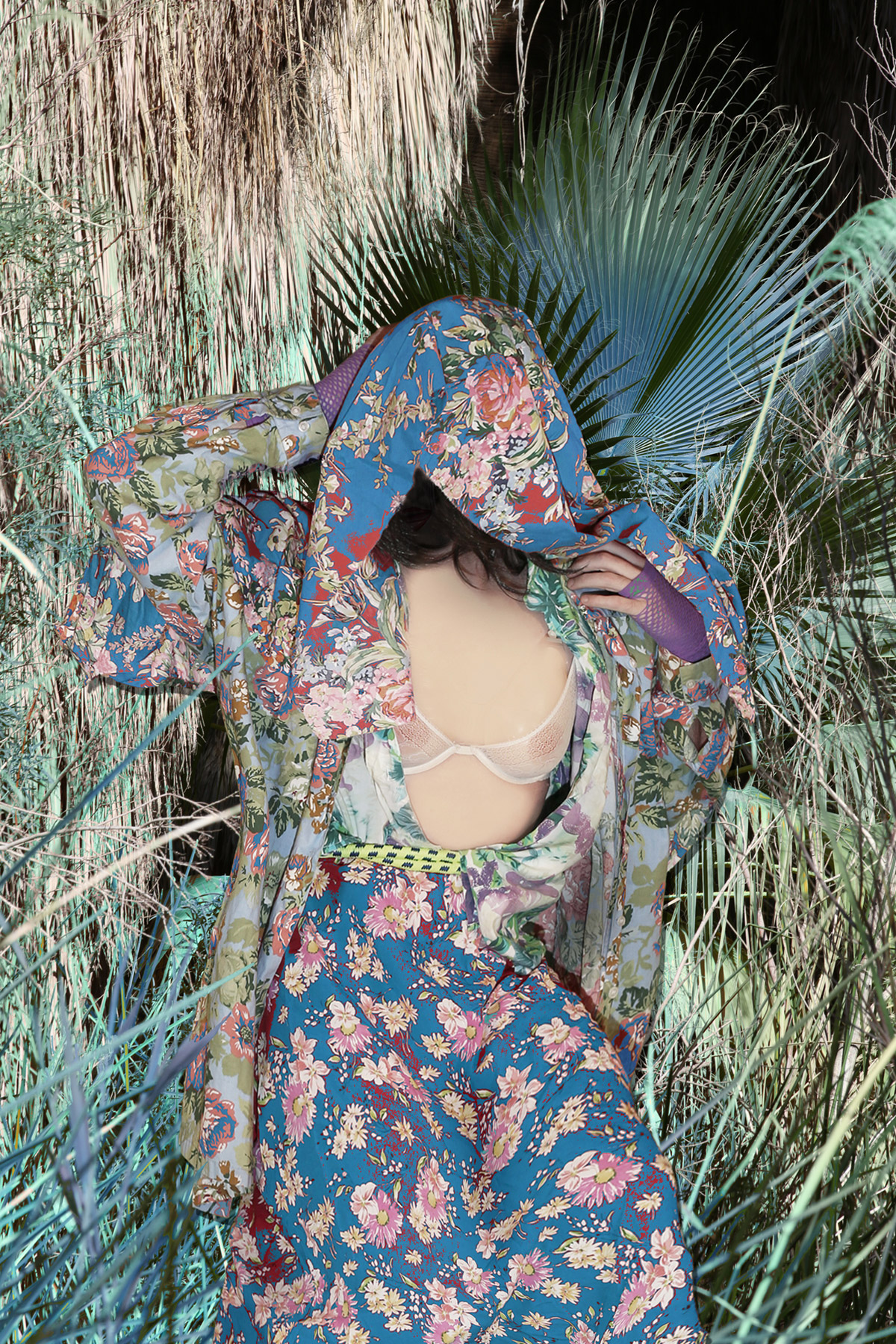 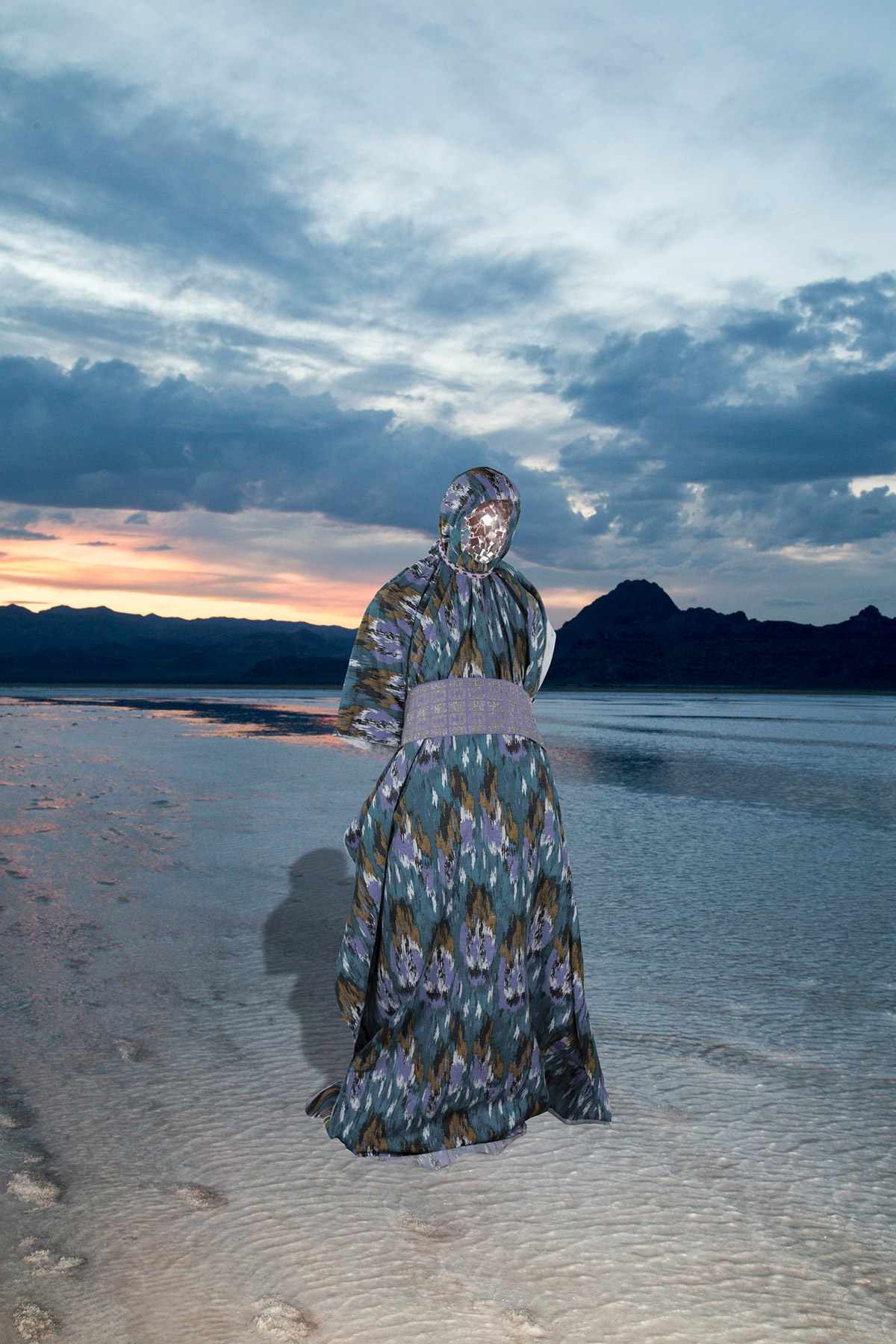 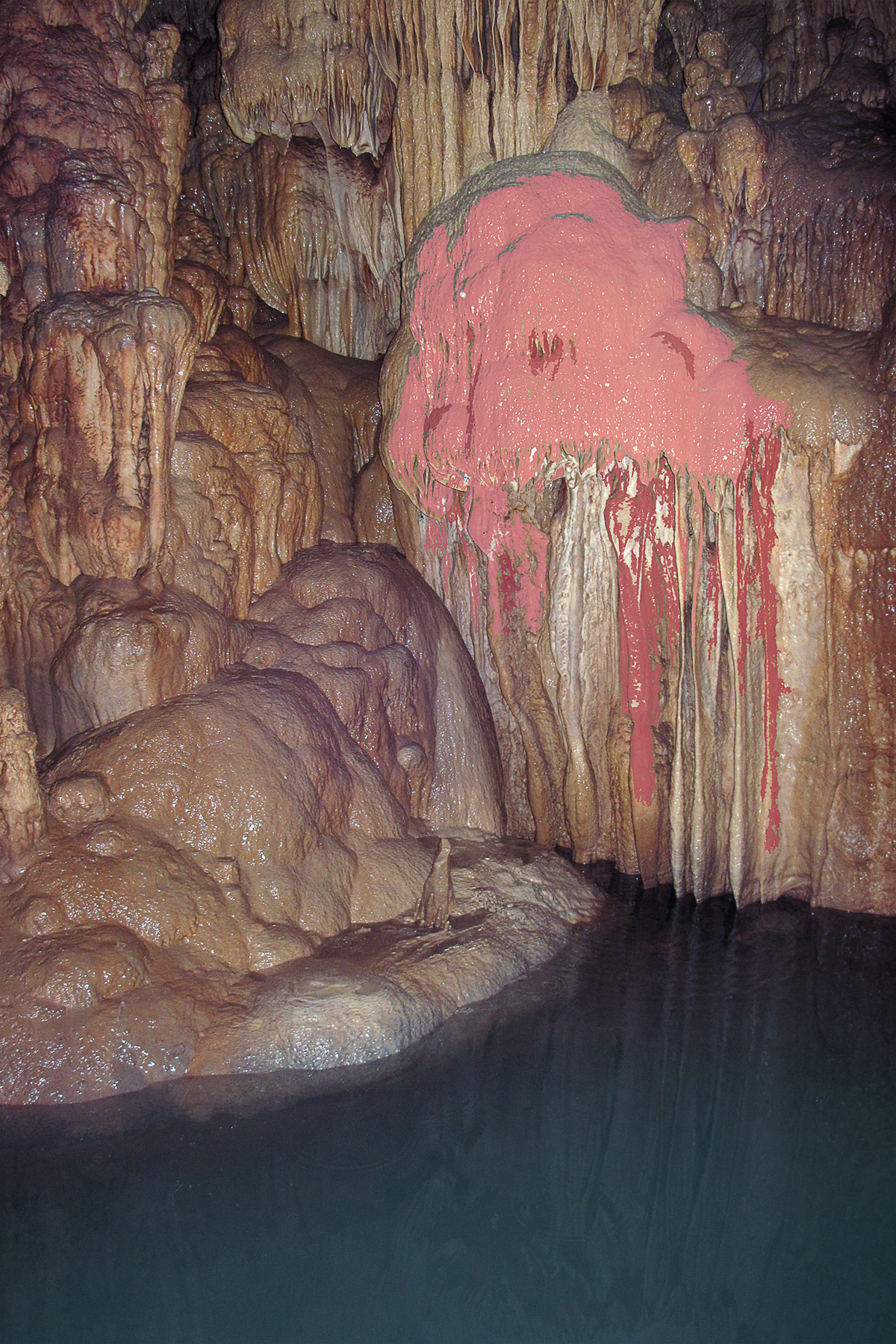