The eighth-generation of Apple’s standard 10.2 iPad tablet has officially been announced and the all-new iPad Air has been introduced. The updated device comes with an A12 Bionic chipset at the standard price point. For the first time, it utilizes Apple’s “Neutral Engine” processing power, boasting twice the performance as its predecessor.

With iPadOS 14 installed, the Air introduces new features including the Apple Pencil’s hand-written text input. The basic iPad will still utilize a Lightning port instead of a USB-C port, which has been co-opted for the newly announced iPad Air. The Touch ID sensor has been moved into the power button up top and the new device features a newly designed profile with thinner bezels and a bigger 10.9-inch (2360 x 1640) Liquid Retina display.

Thanks to its USB-C port, the new iPad Air will support 20W charging and 5Gbps data transfers alongside Wi-Fi 6 and 60 percent faster LTE connectivity. It uses a 12-megapixel rear camera from the iPad Pro with improved video stabilization, and a front-facing 7-megapixel FaceTime HD camera with smart HDR and support for 1080p 60fps video capture. The most important new feature is surely the new A14 Bionic chip the “most advance chip” ever made by the company.

Available in space gray, silver, and gold, or space gray, silver, rose gold, green, and sky blue, in both 32GB and 128GB options, the new iPad and iPad Air will retail for $459 and $599 respectively starting from next month. You can also preorder your eight-gen iPad which will ship from September 18. 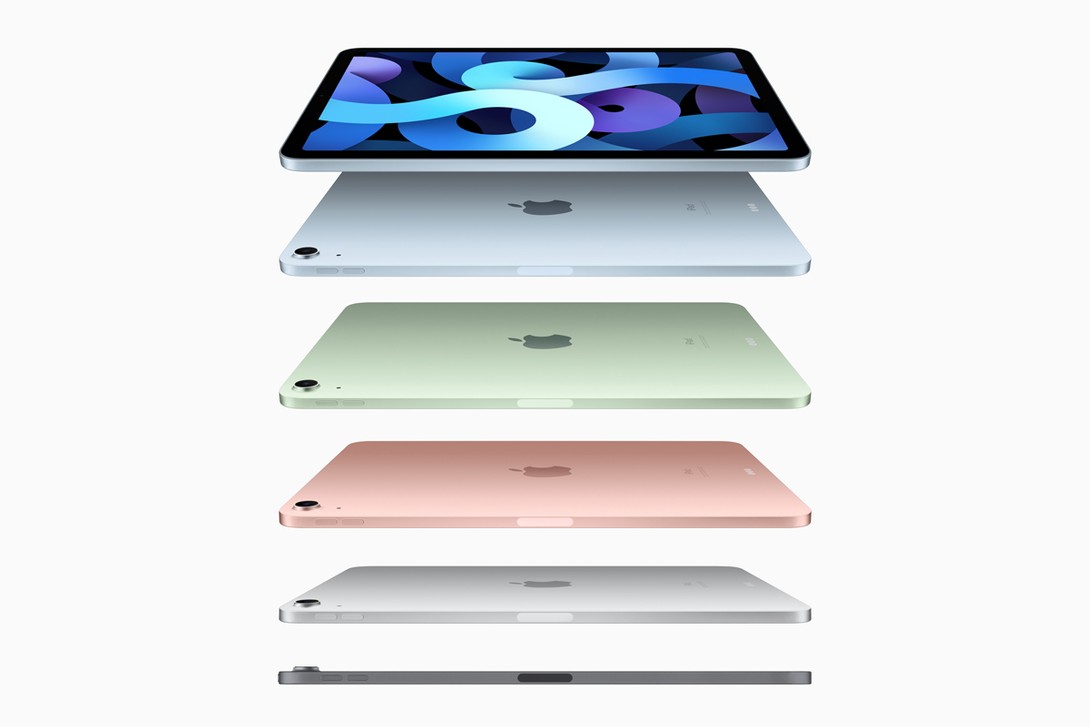