It’s pretty clear more and more artists and musicians are joining the NFT craze, as it’s proven a great way to promote and capitalize on their works, compared to the now conventional monetization services such as streaming.

Along with the release of his polarizing debut EP, Most Hated, the rapper further propels into this futurist-narrative by releasing two limited-edition NFTs.

The rapper became a viral sensation back in January of 2020 when he burst onto the scene with his squeaky, high-pitched vocals on the song, “4 DA TRAP.” Since then, 645AR has put in a lot of work to prove he’s no gimmick, showing his range with the FKA twigs modern-day romantic scatting in Sum Bout U, and the attention-grabbing sonics of “In Love With A Stripper” and the Brodinski collaboration “Fast”.

Working in collaboration with multi-disciplinary artist Squibs, 645AR created two digital artworks that call back to his own roots while revealing himself as a mythical, all-powerful royalty of sorts in the first piece entitled, The Adoration of 645AR.

With the second piece, The Feast of 645AR, deities surround 645AR amidst a last supper-esque meal with balls of fire rising from his palms, dictating the power is indeed in his hands. As the artworks dropped along with the EP, the second piece also includes audio from his song “Collection of 10” and features a gif version of the NFT.

Squibs revealed much like 645 himself as an artist, he didn’t want to box the piece in by doing something expected, “I painted it how I saw it: a man of the renaissance with the world in his hand.” 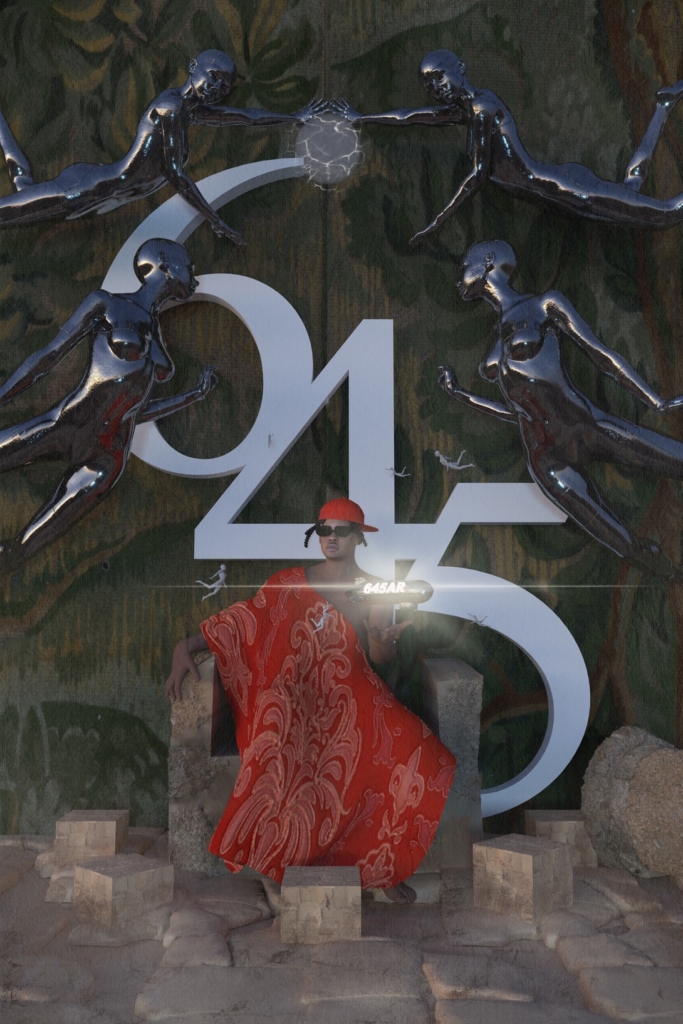