For the Belgian designer, this year’s sunny seasons are all about bold and colorful shades, inspired by psychedelia. The Spring/Summer 2021 collection by Dries Van Noten is impressive not just for its fashion, but for the fact that it was done with a co-ed approach, delivering men’s and women’s collections as one in a Viviane Sassen-shot lookbook.

A common theme throughout the collection can trace its inspirations all from the 1920s, ’30s, and ’40s, when artist Len Lye created his marvelous films, a big inspiration of Dries, that are considered the precursors of the true era of psychedelics which began during the much later 1970s. This can be seen not only in the majority of pieces but in garment design and production, too. For example, constructed balloon sleeves frequently appear, while exaggerated wide-scooped necklines, high-waisted pants, caftans, and belted pieces continue to play with construction, proportions, and movement.

The collection abounds with psychedelic sunbursts of orange, pink, metallic gold, and silver that appear alongside pieces such as a fishnet-covered coat in a solarized black and silver colorway, referencing Lye’s work once more. Check out some of the sample stylings and watch the SS21 video presentation shot by Viviane Sassen below. 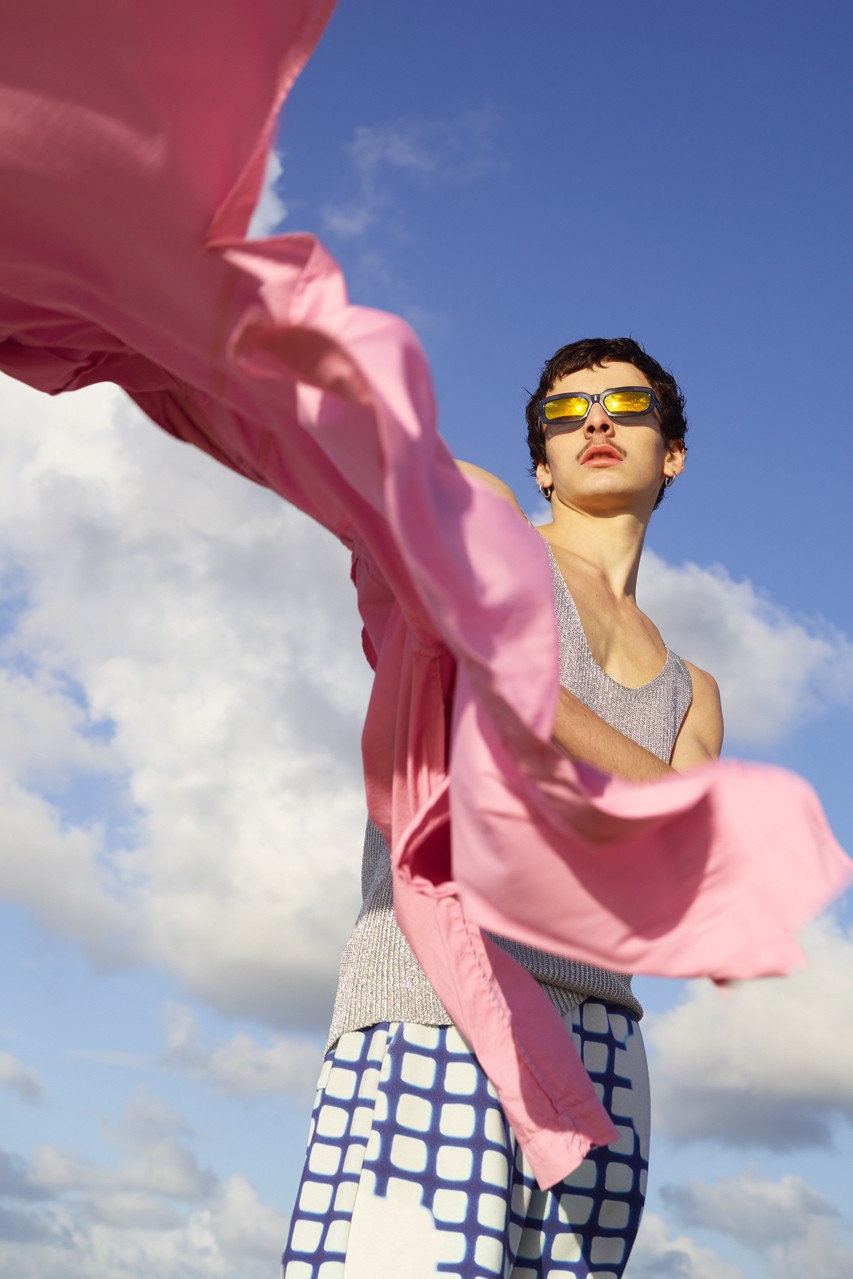 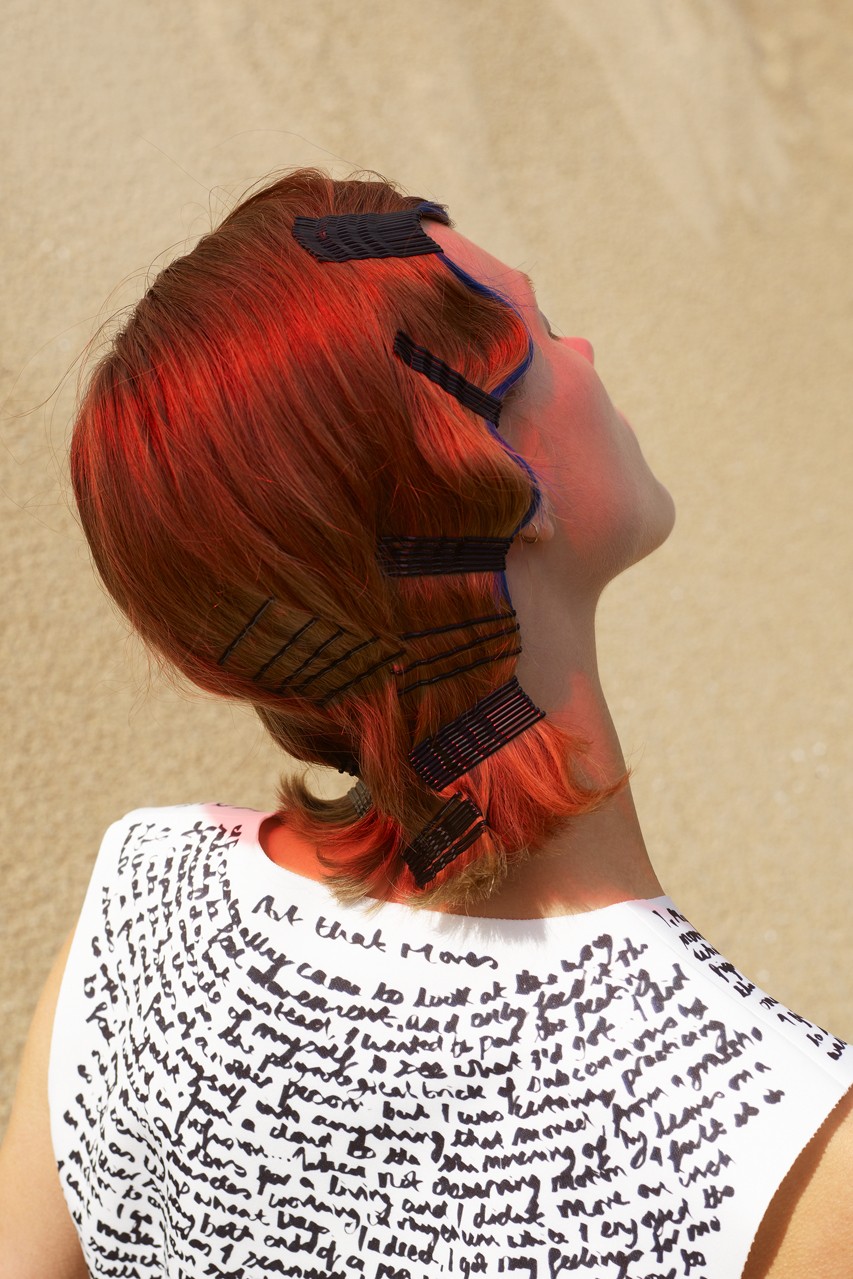 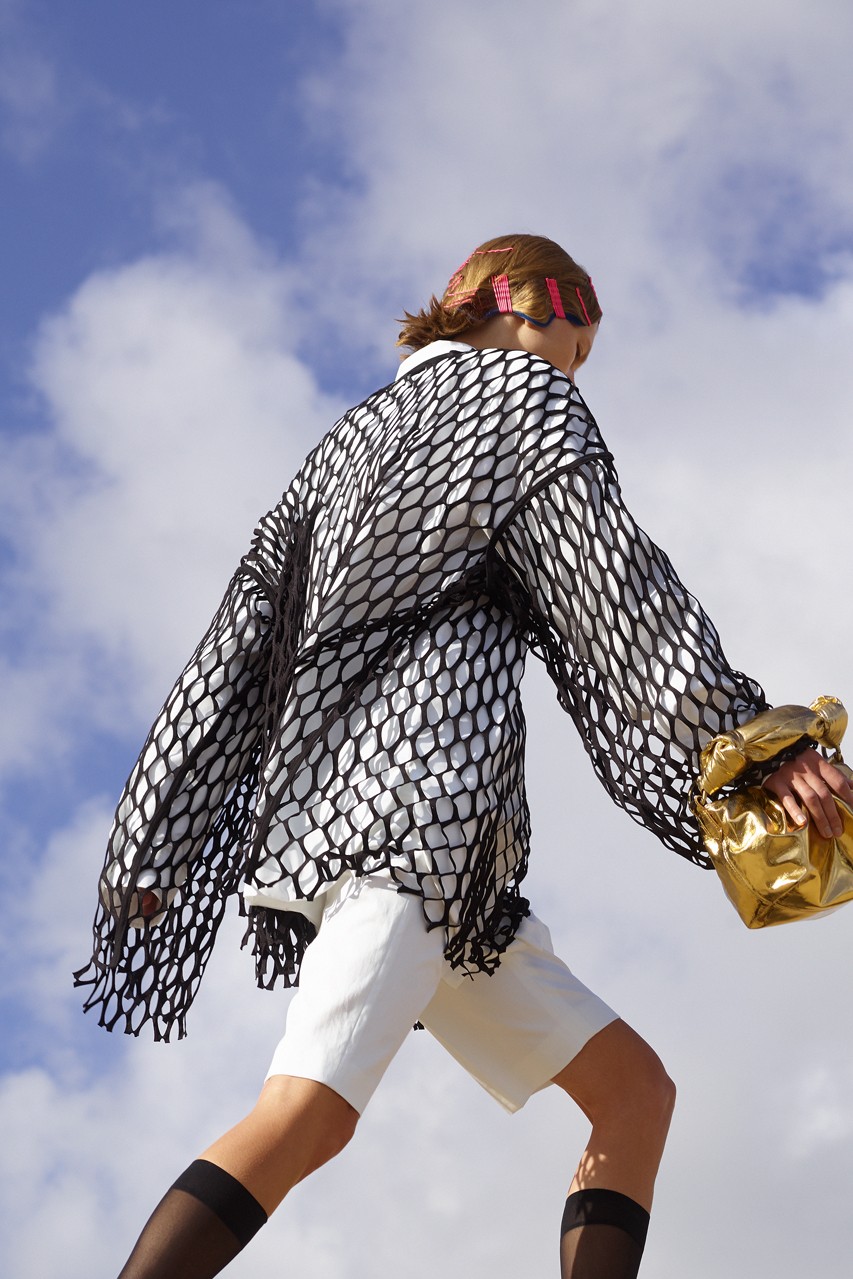 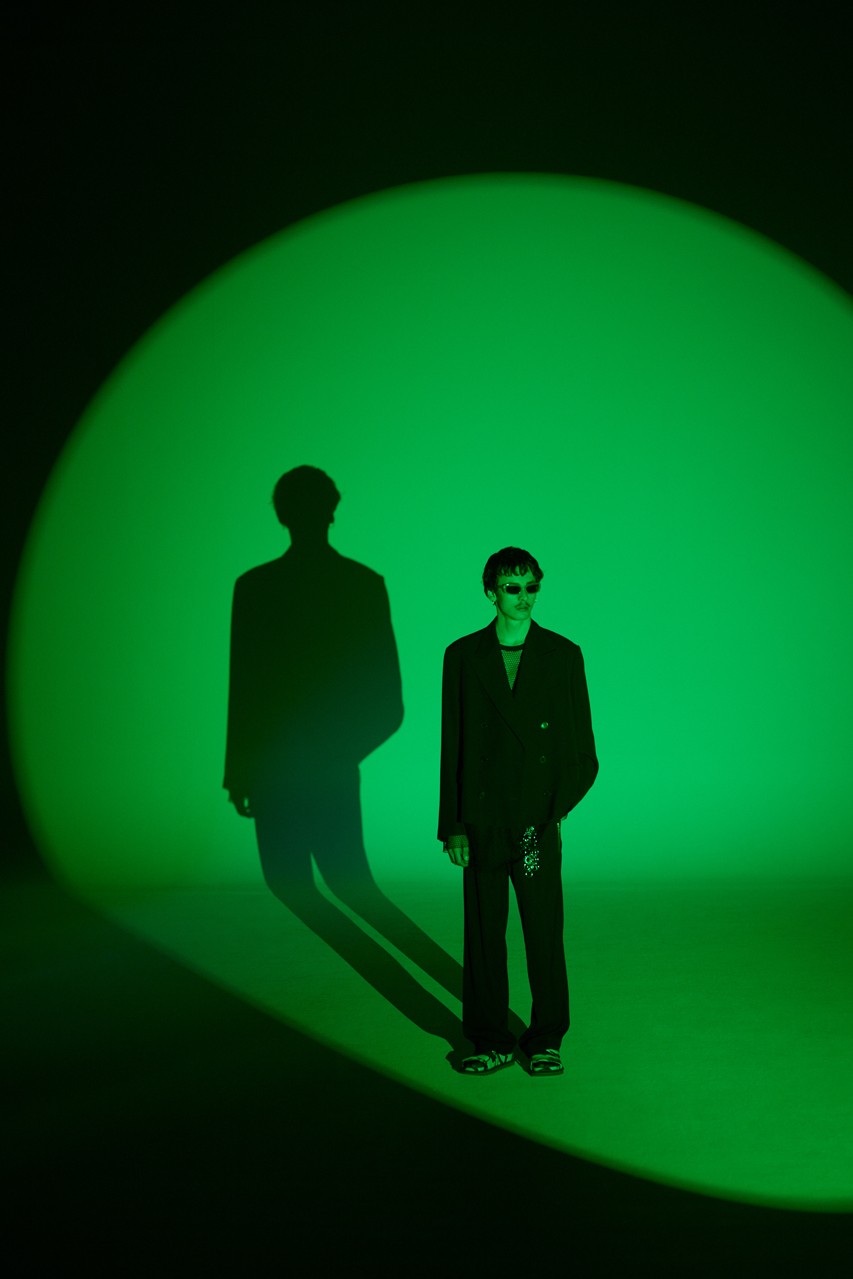 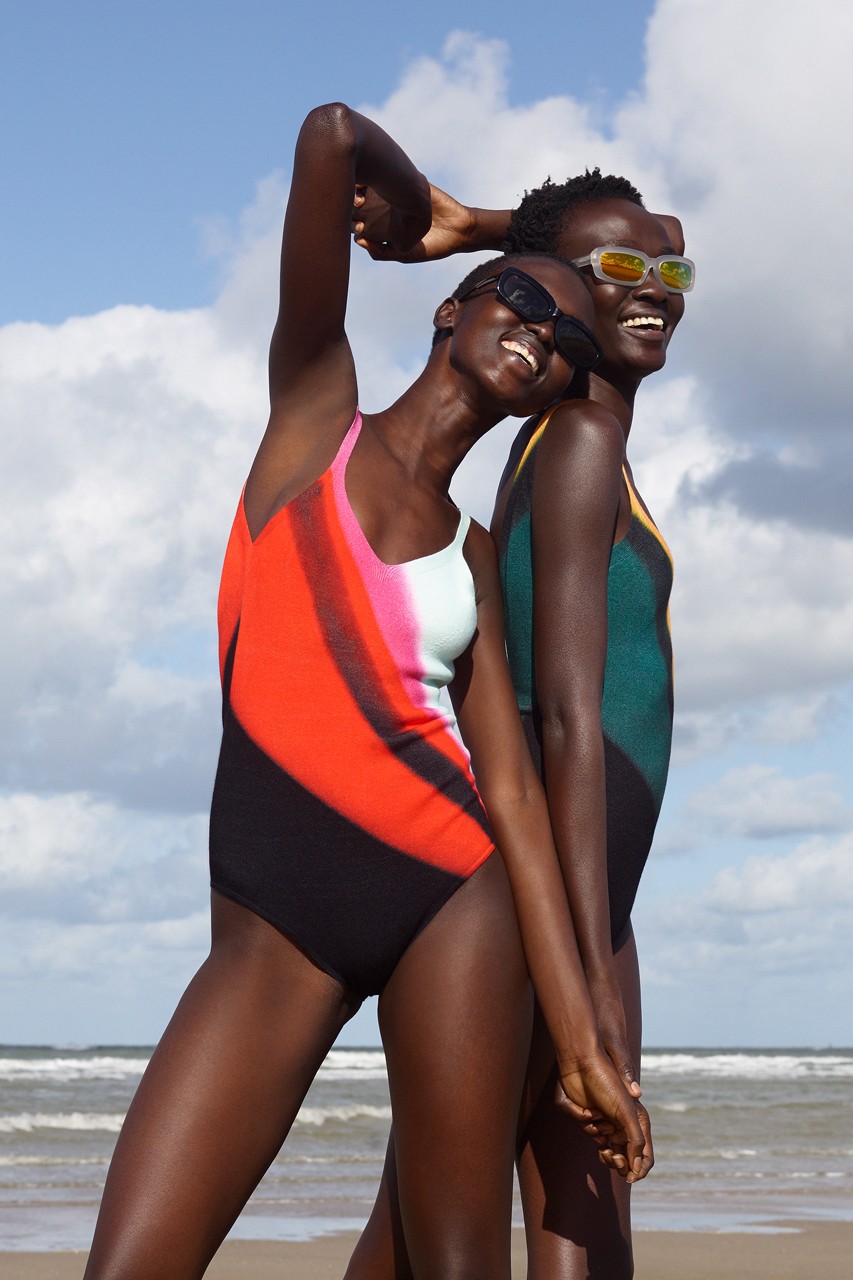 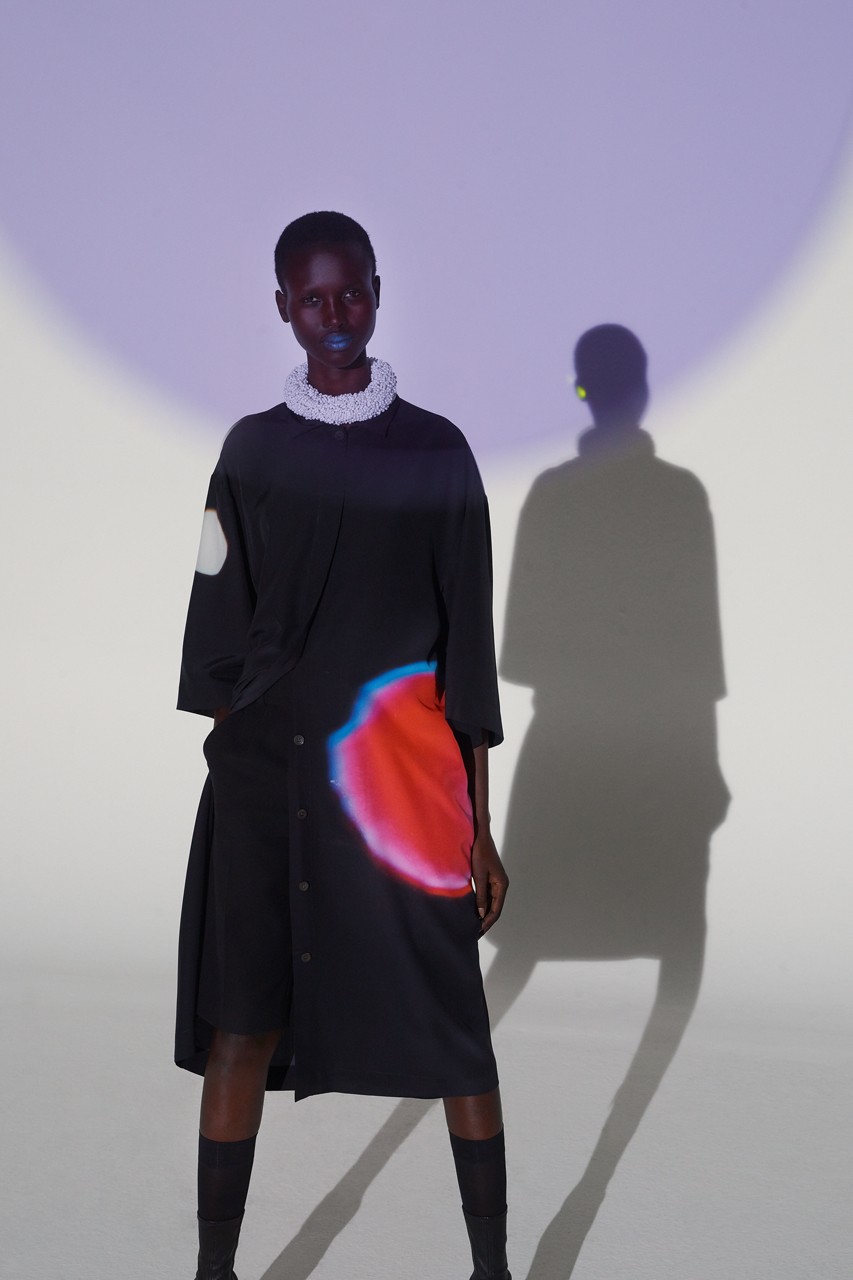 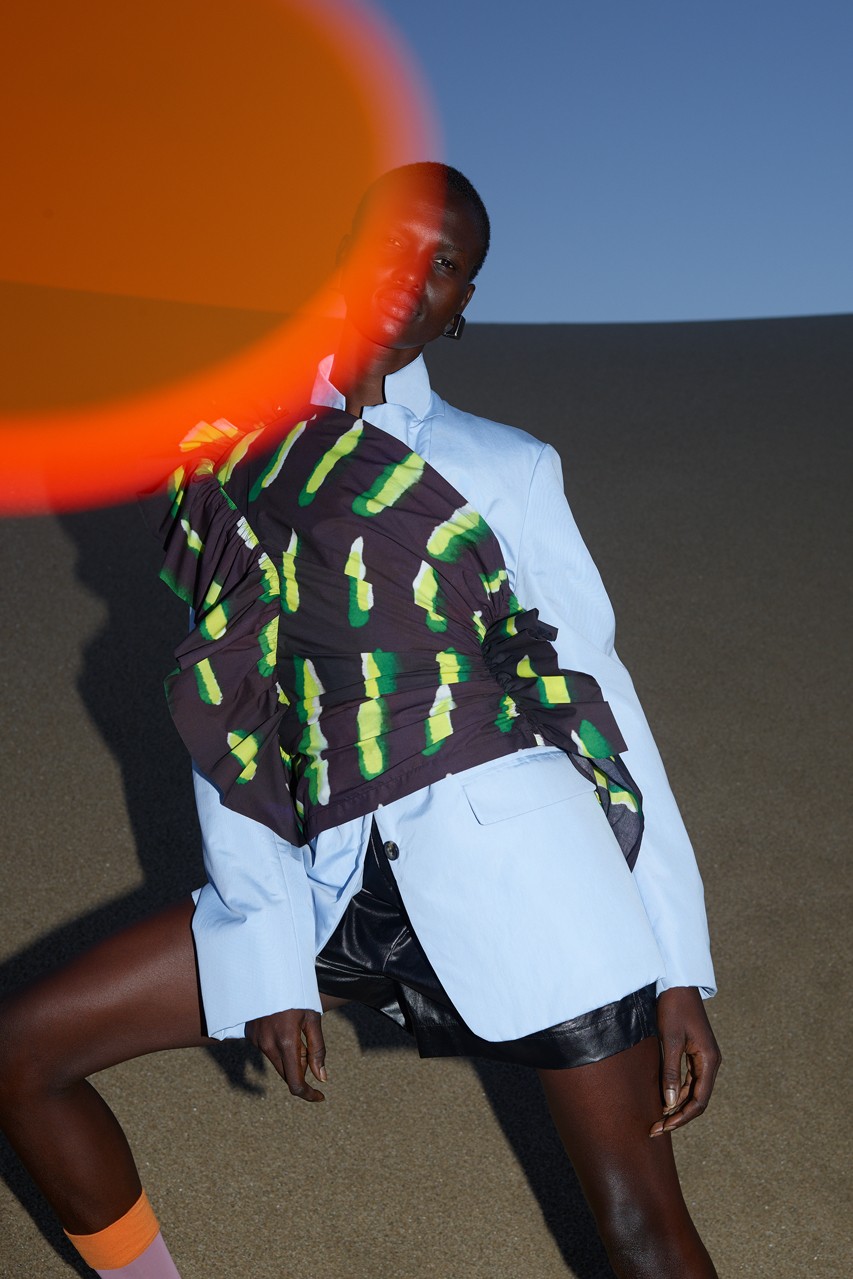 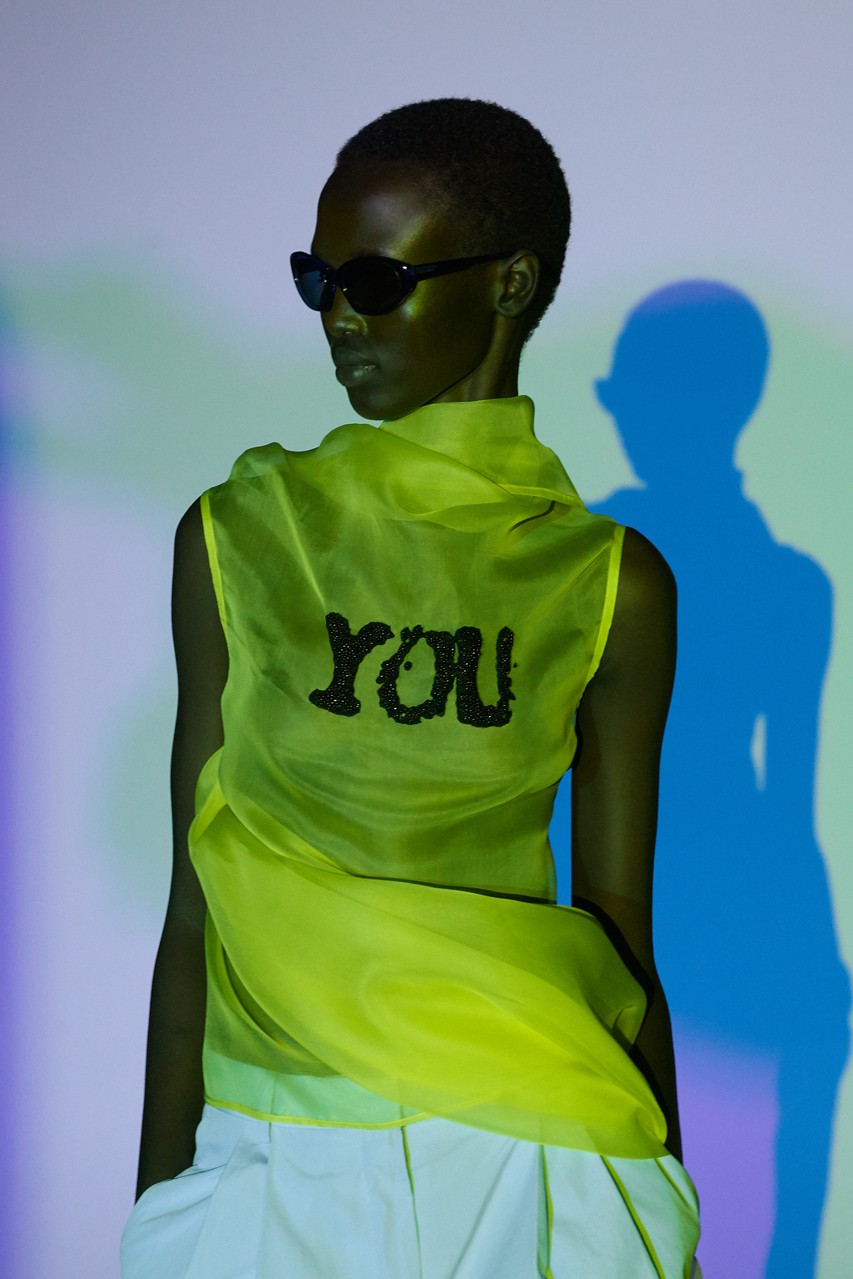 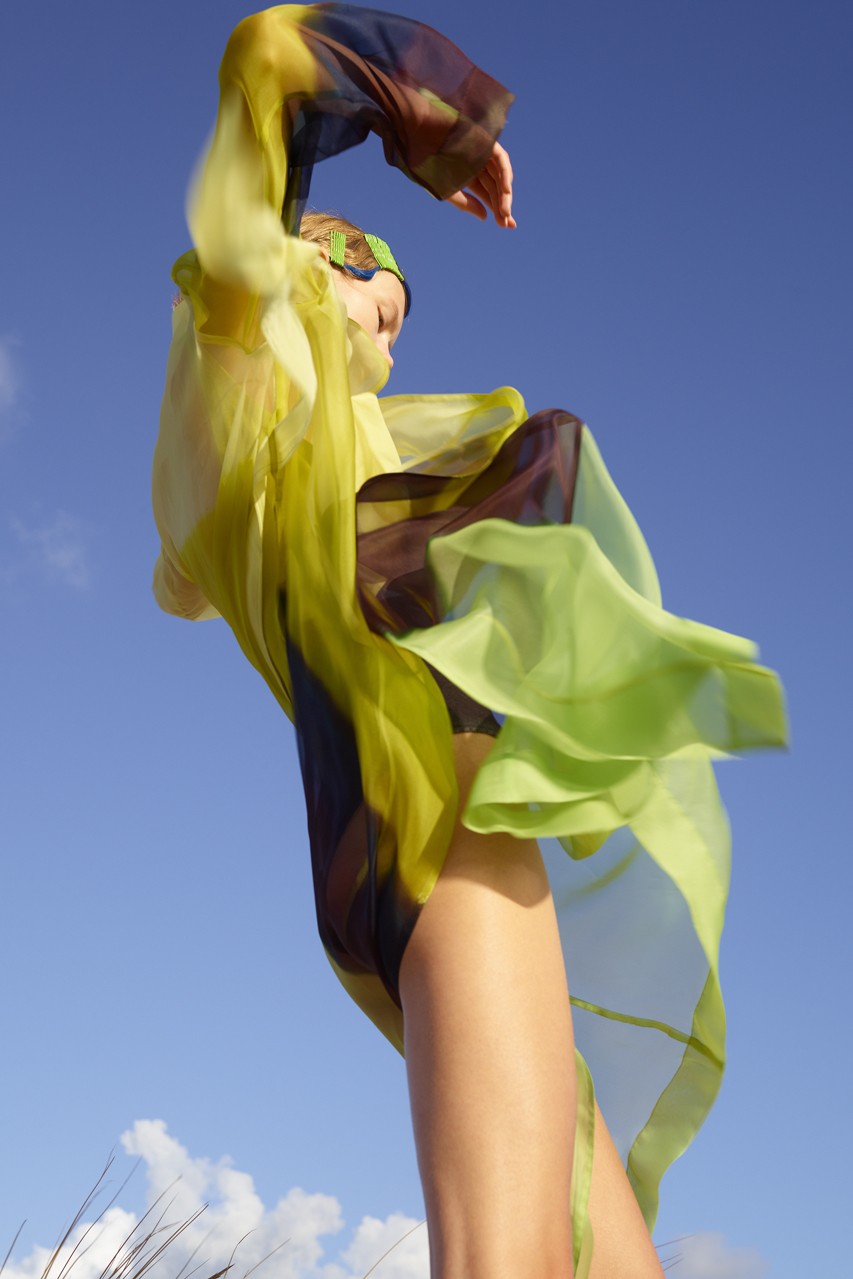 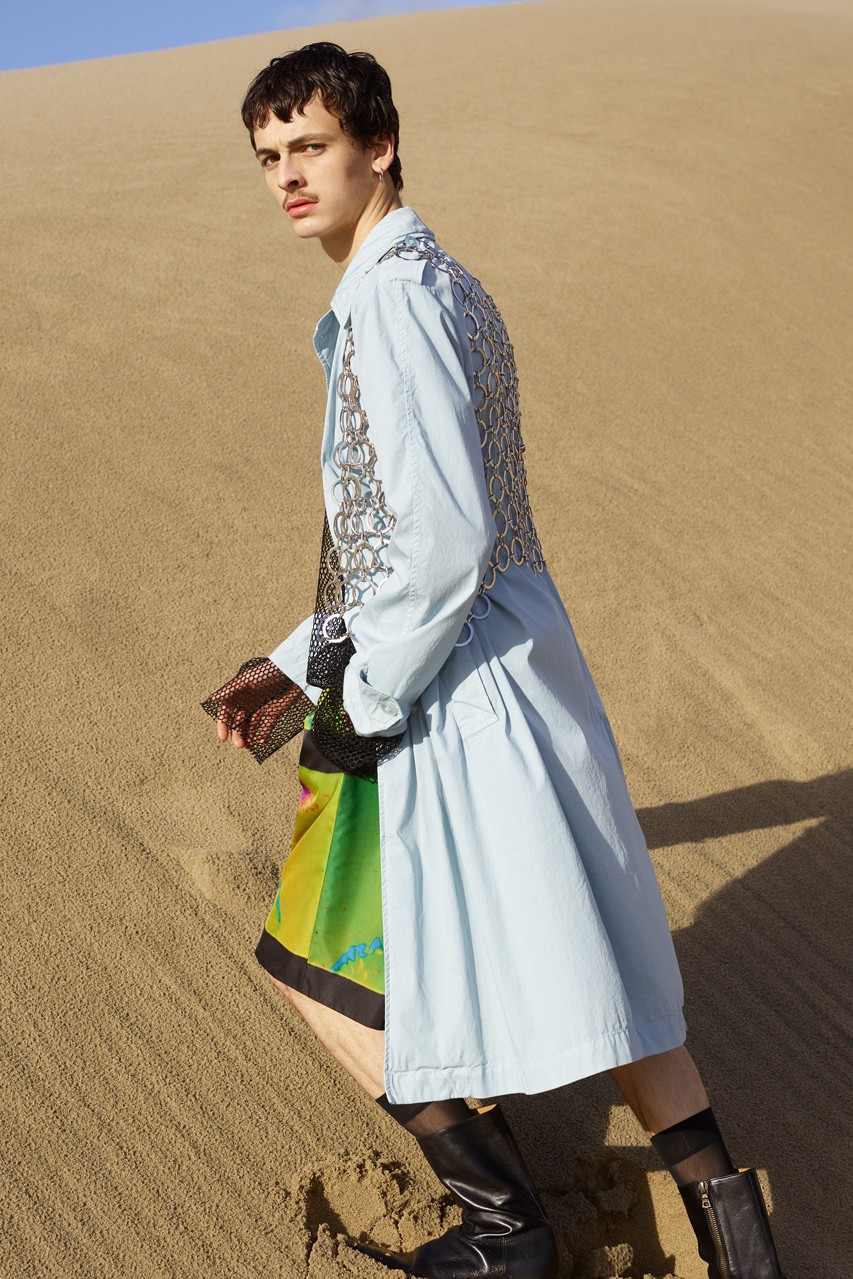 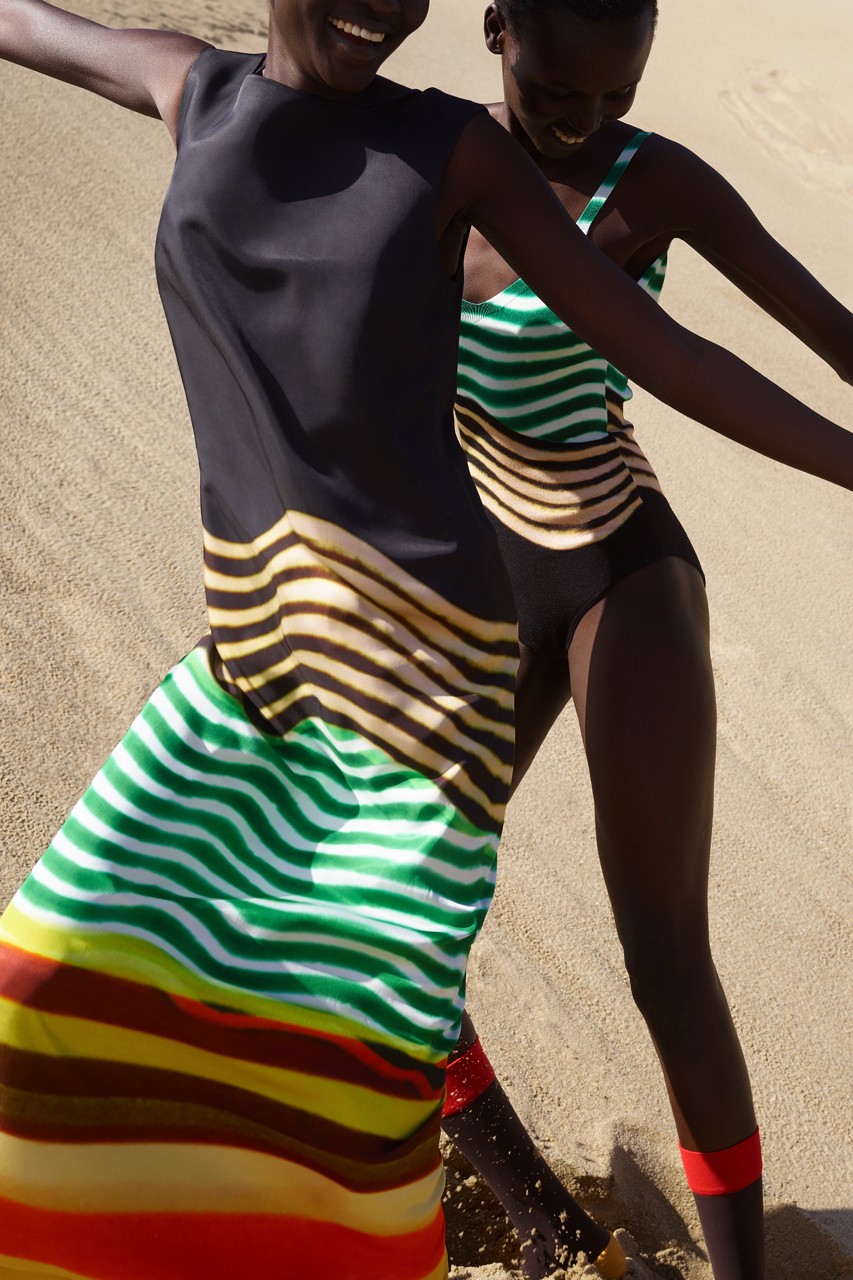 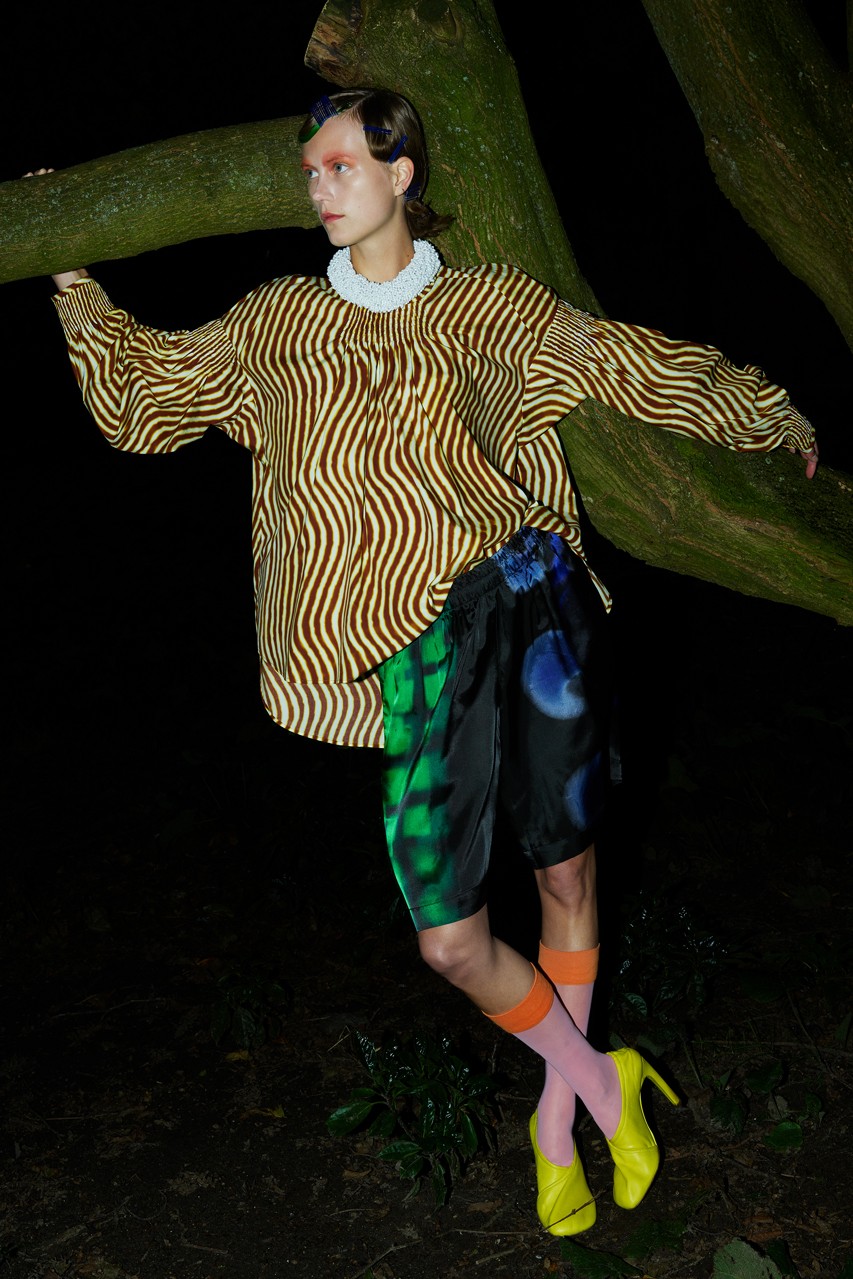 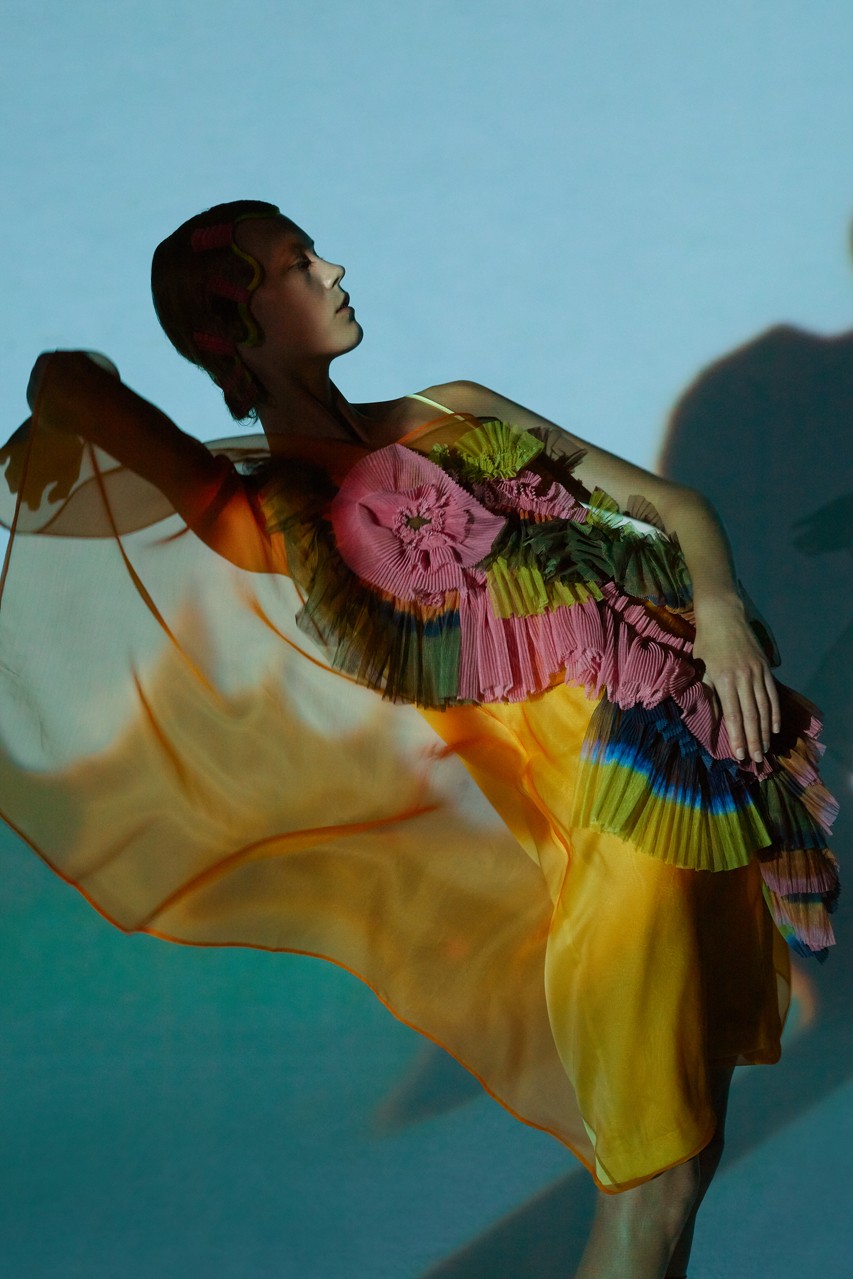 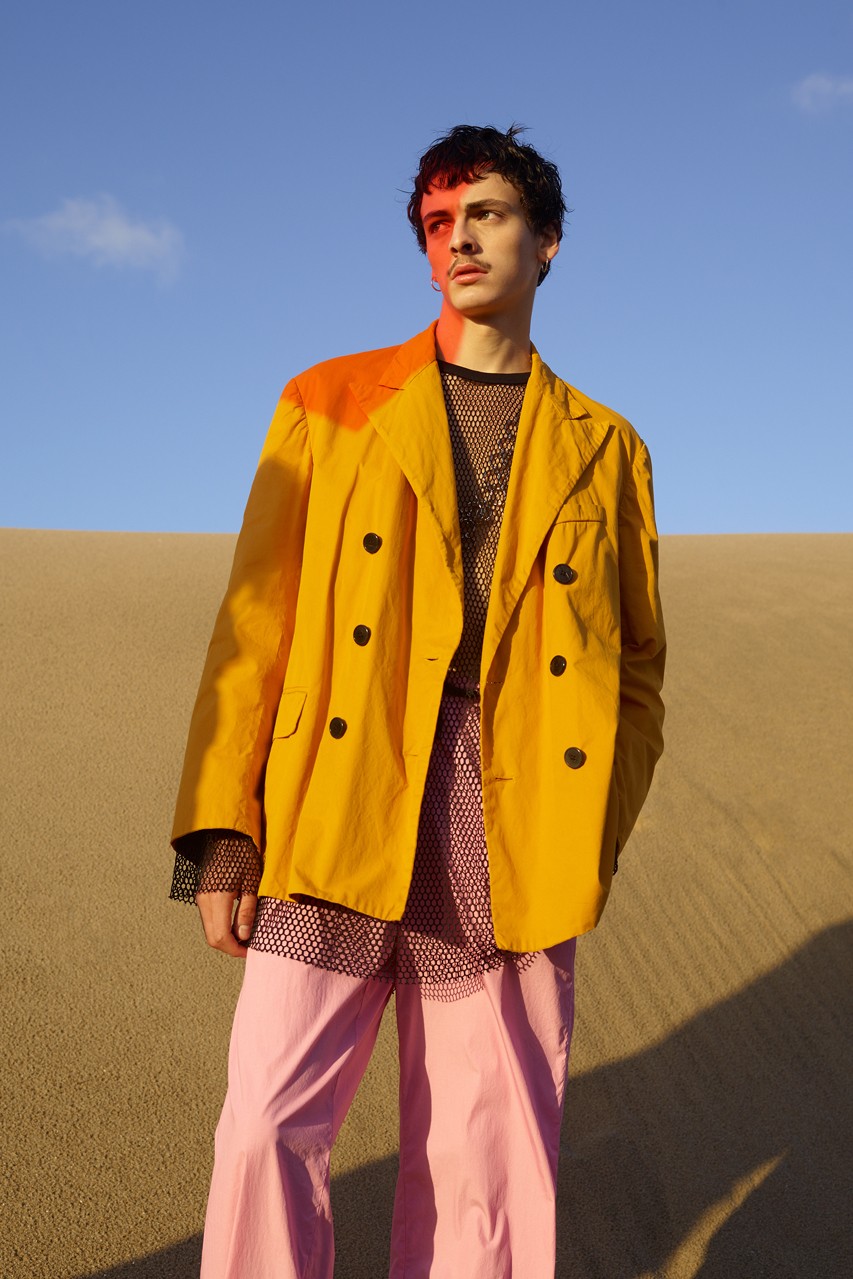 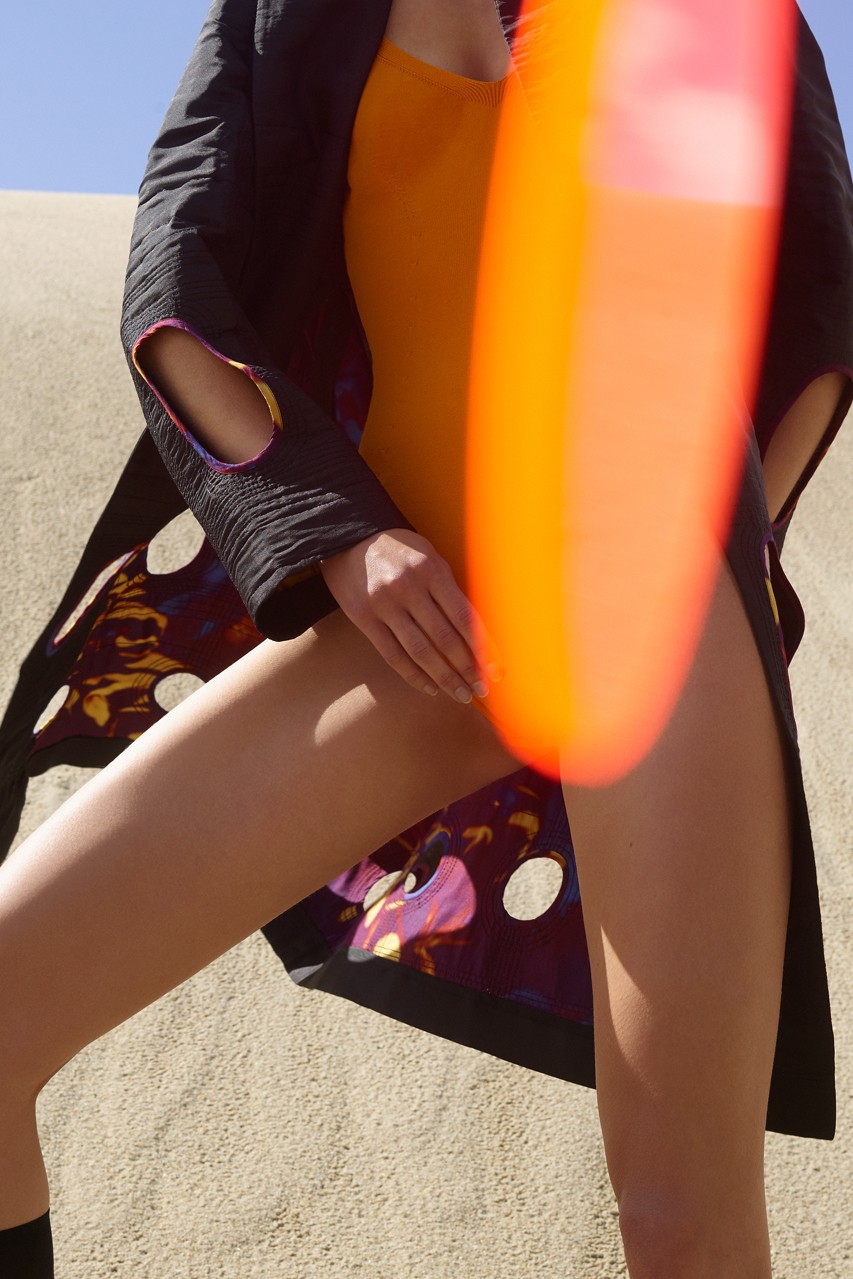 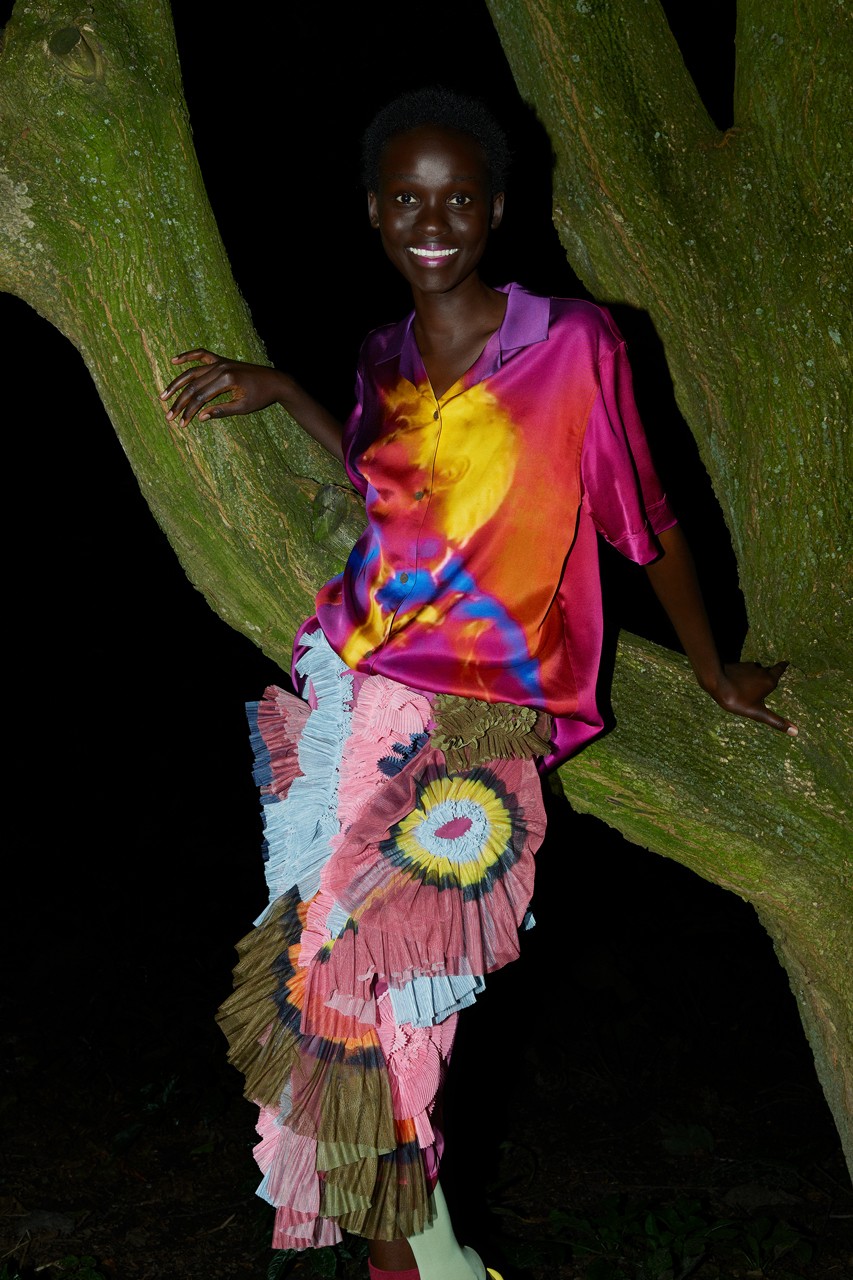