Jeff Koons’ The Bouquet of Tulips is a controversial attraction

Typical to Jeff Koons’ kitschy balloon style, it represents a bouquet of differently colored tulips and was given as a gift to France by the American contemporary artist; as a symbol of solidarity and support.

But it did not take long for critics to make noise. 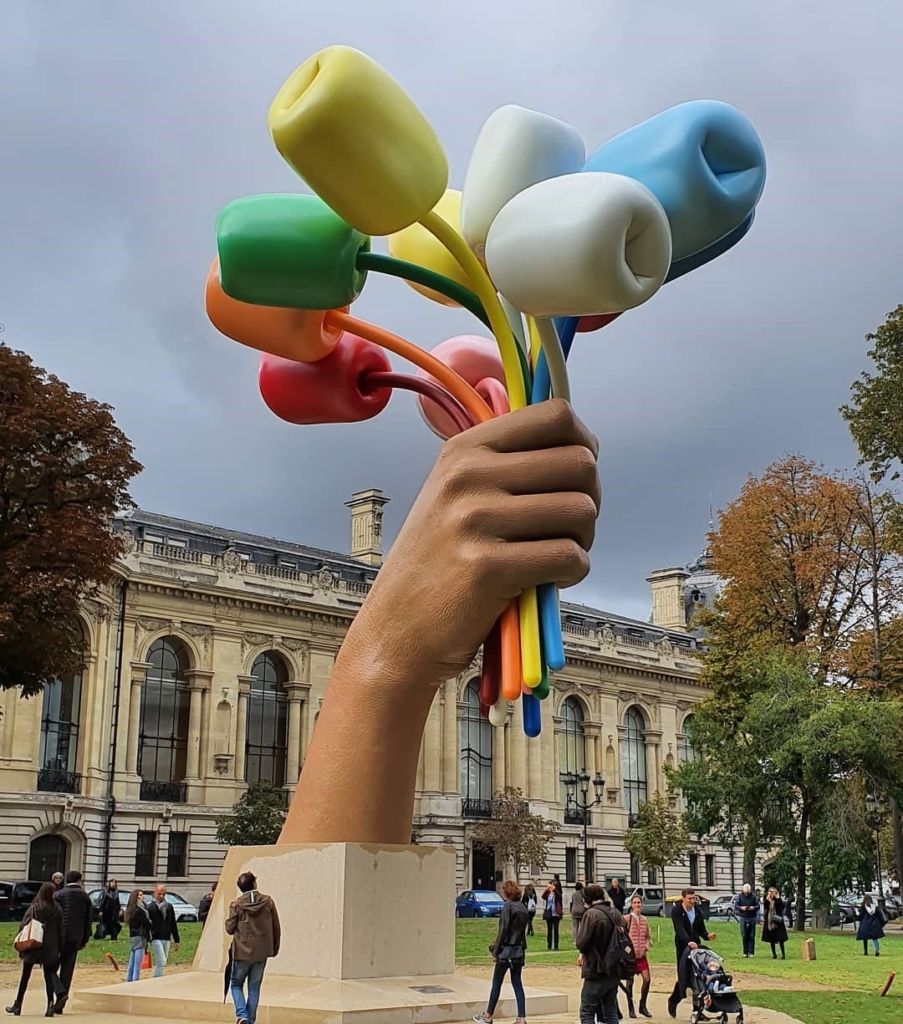 Now it cannot be unseen. Many Parisians raised a brow after the unveiling, thinking about avoiding it when passing through, while others didn’t see the controversy and called it “pretty” and “a gift from the heart”.