In fact, it isn’t even to be called a collaboration, or capsule. Per a press release from Gucci, Alessandro Michele considers it a part of his “hacking lab,” in which he has “plundered the nonconformist rigour of Demna Gvasalia.” It’s worth noting that both are owned by Kering and are arguably two of the conglomerate’s brightest gems, which in a way makes it surprising this hasn’t happened sooner.

Focusing more on the Aria show and Gucci’s own designs, we see a retrospective look back at the century-old history of the Italian fashion house. “In my work, I caress the roots of the past to create unexpected inflorescences, carving the matter through grafting and pruning. I appeal to such ability to reinhabit what has already been given. And to the blending, the transitions, the fractures, the concatenations. To escape the reactionary cages of purity, I pursue a poetics of the illegitimate,” said Michele.

Aria includes riding helmets and boots as a nod towards Gucci’s roots as an equestrian brand (“transfiguring it into a fetish cosmogony,” per the designer) and lush velvet suiting in the style of Tom Ford, the most legendary of Gucci designers. Plenty of sparkle and shine can be seen sprinkled across midi skirts and outerwear.

To even out the overall look of the collection, there are less busy looks than they have been in collections past, with an emphasis on suiting, appealing to less courageous customer who might love the Gucci look.

Watch the video presentation of Gucci Aria and some of the looks from the runway below. 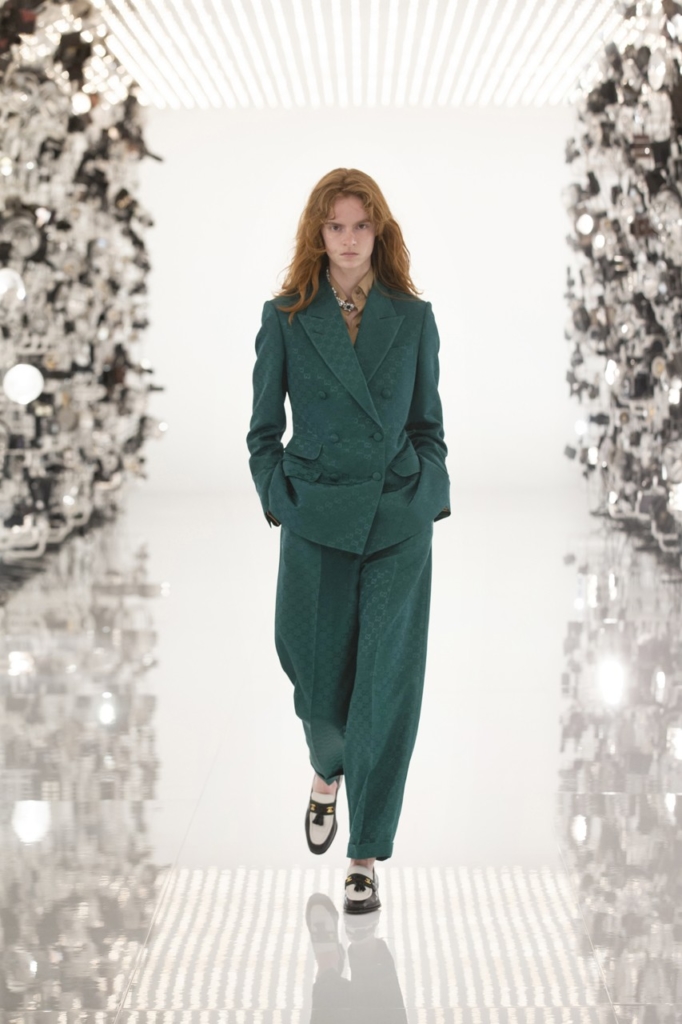 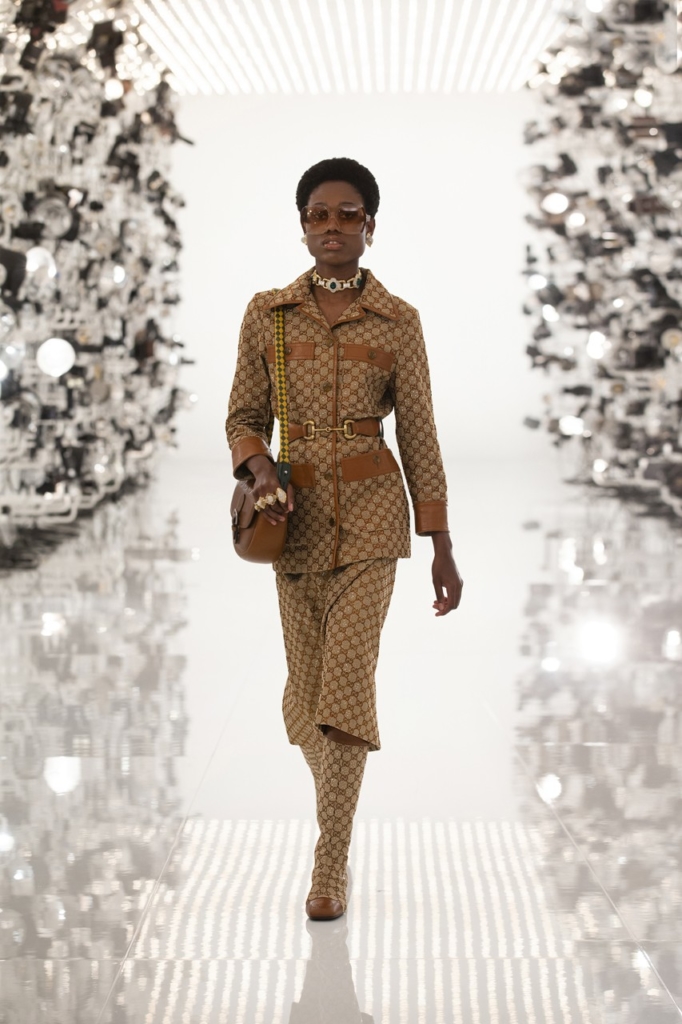 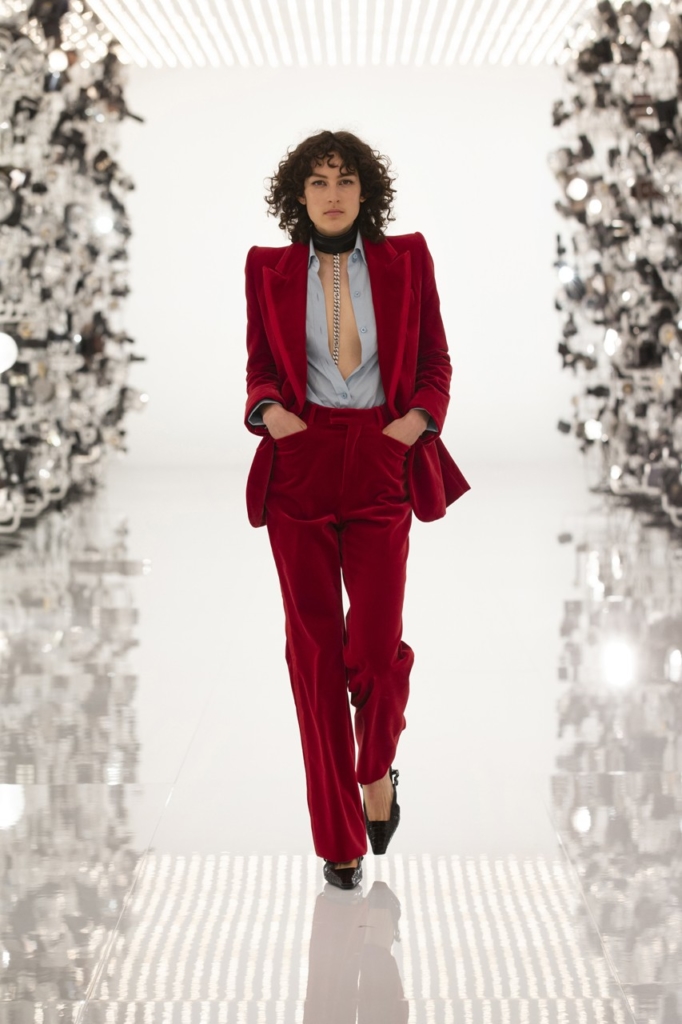 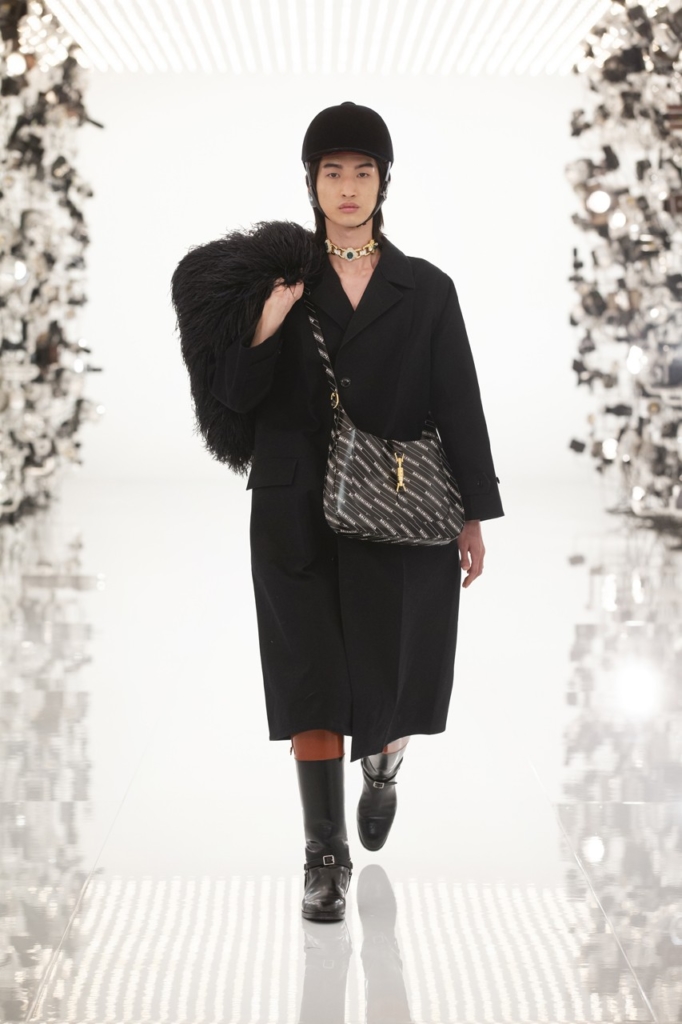 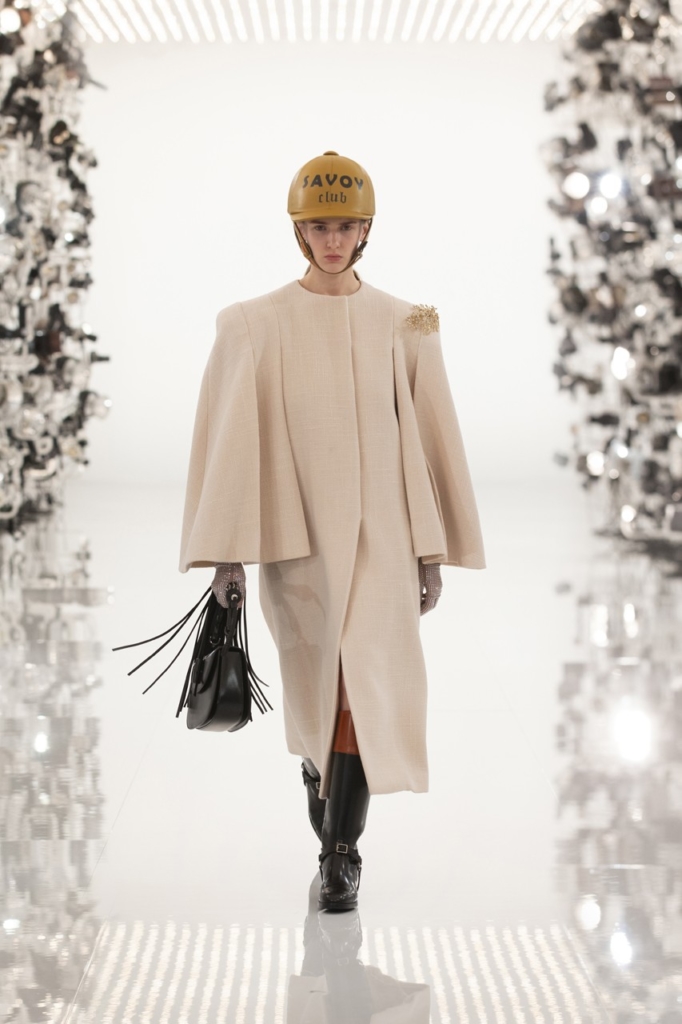 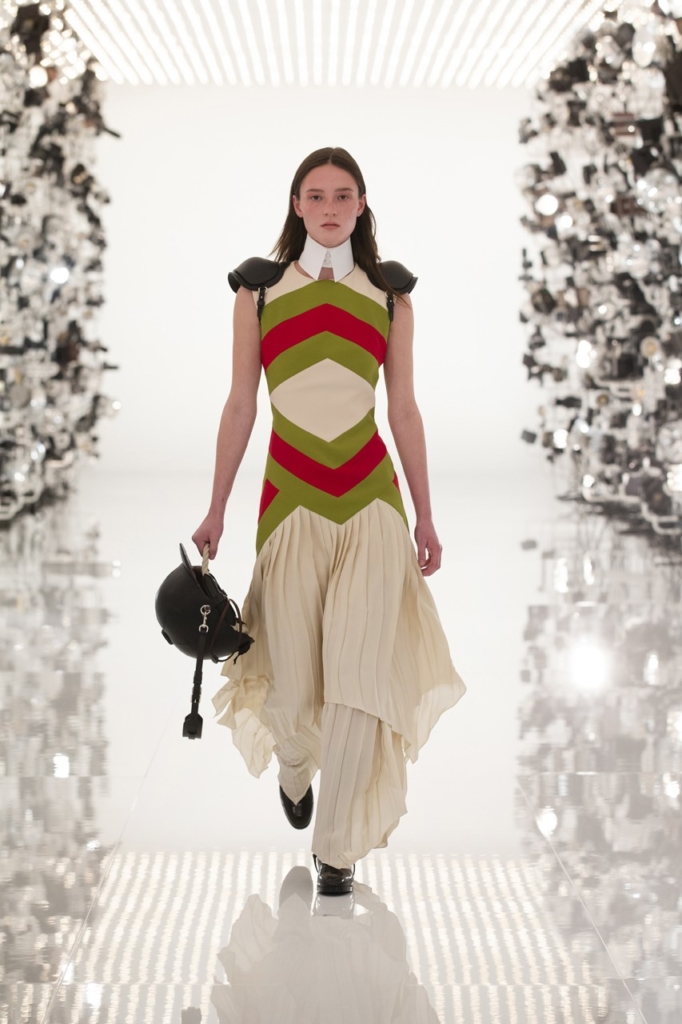 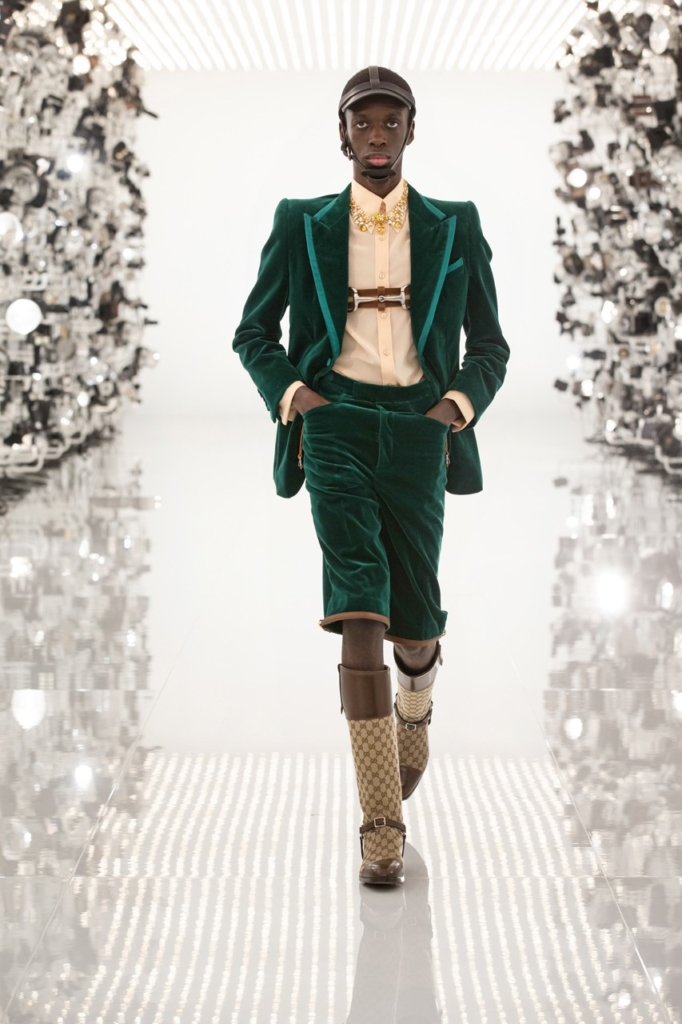 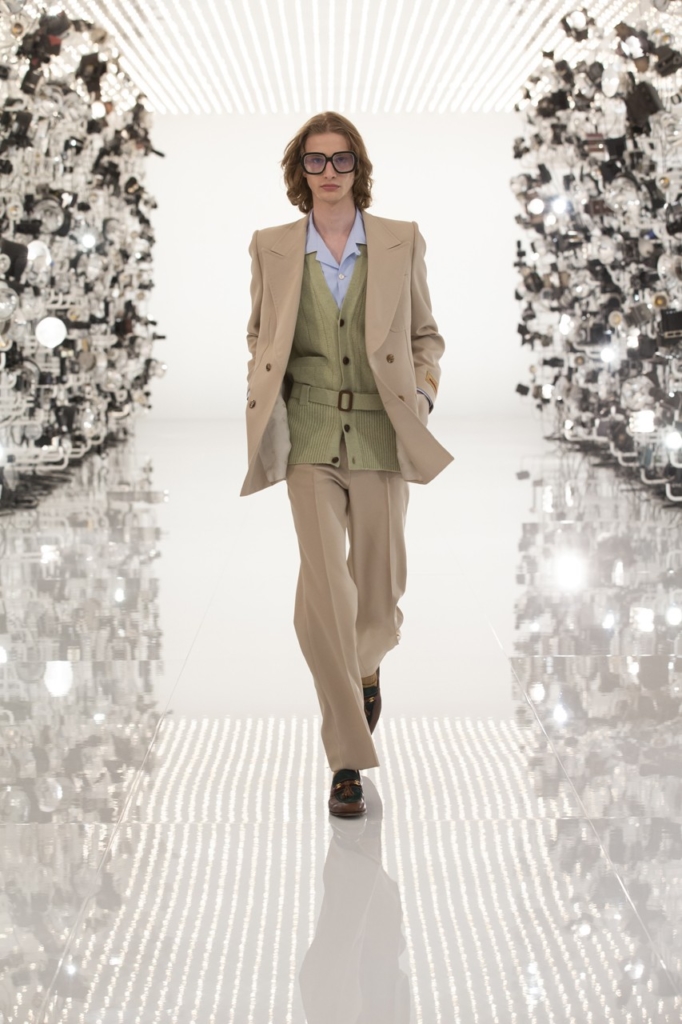 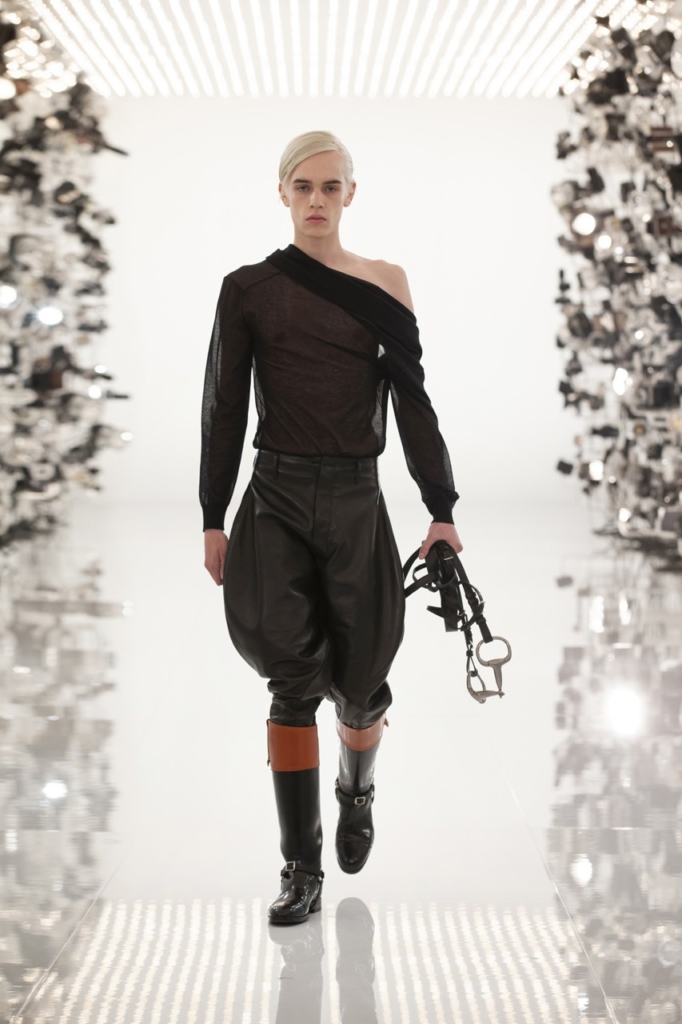 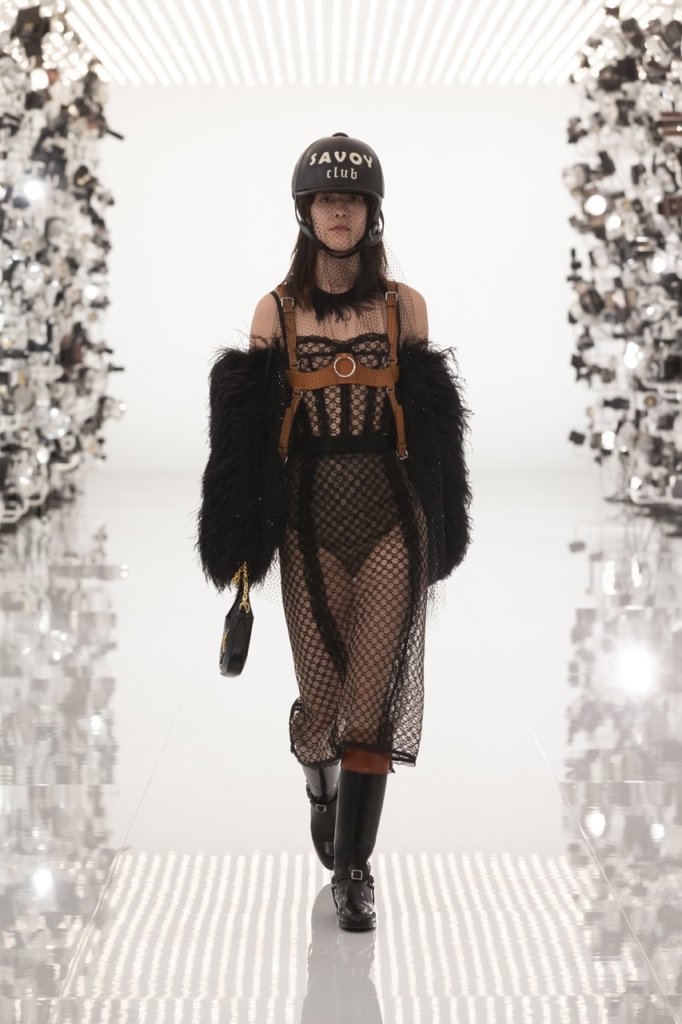